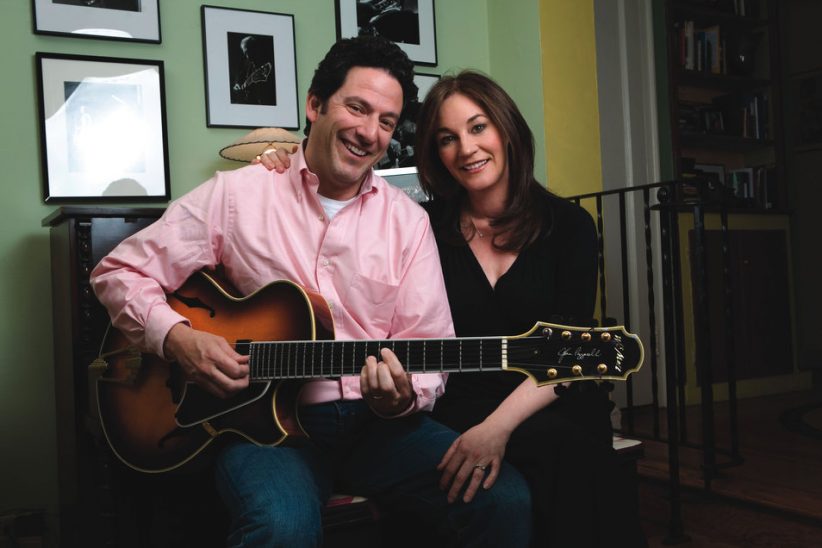 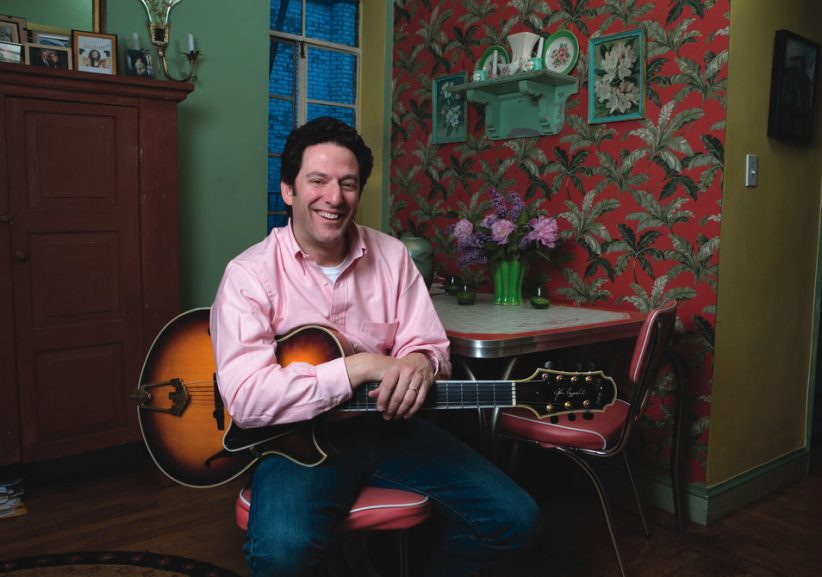 Imagine being invited to the set of a favorite show to observe from the sidelines, only to suddenly find yourself thrust into the middle of the action. Such was my unexpected but delightful experience one unseasonably sticky Manhattan morning this past April. The assignment: to watch quietly as second-generation jazz great John Pizzarelli and his actress/vocalist wife Jessica Molaskey taped an installment of Radio Deluxe, their weekly two-hour chatfest-cum-musical grab bag, now in its third season.

The setting: a half-block east of Carnegie Hall on West 57th Street at fabled Nola Studios, a dark, labyrinthine space where the faint echo of legendary jazz sessions still seems to linger. Some of Charlie Parker’s inspired work with strings was captured at Nola, as were the last tracks laid down by Lena Horne. Molaskey’s most recent album, Sitting in Limbo, was done here. So, too, was Pizzarelli’s forthcoming salute to Richard Rodgers, With a Song in My Heart, due Aug. 19 from Telarc.

Jen Shyu is slumped over a desk. As a green spotlight illuminates her long, dark hair and shoulders, a disembodied female voice imitates bird and … END_OF_DOCUMENT_TOKEN_TO_BE_REPLACED

Almost everybody has seen it: Sailor Sabol’s spectacularly out-of-tune rendition of “The Star-Spangled Banner” at the February 2021 CPAC convention. Dozens of videos are circulating … END_OF_DOCUMENT_TOKEN_TO_BE_REPLACED

In the fall of that notorious election year of 2016, six-time Grammy-winning arranger/composer Vince Mendoza was working on a commission from the Czech National Symphony … END_OF_DOCUMENT_TOKEN_TO_BE_REPLACED

Optimism is an unlikely through line for a jazz statement born, reared, and recorded during a pandemic. But alto saxophonist and composer Steve Slagle can … END_OF_DOCUMENT_TOKEN_TO_BE_REPLACED