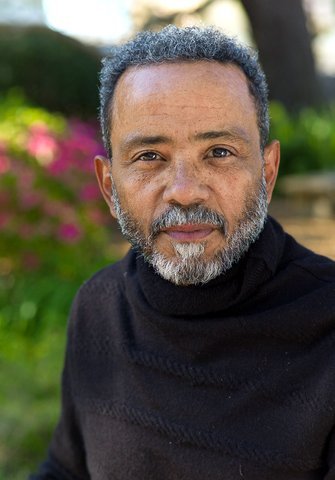 A visit to New Orleans is not complete without at least three John Boutté gigs. A singer with grit, soul, passion and beauty, his sound is one of the most beloved in his native town.

“I think singing any tune is basically the same,” says Boutté. “You have to understand the lyrics, know the melody, get the right tempo, emote and don’t hold back. Sing it like you mean it or try another song that does move you.”

And in albums as varied as Jambalaya (Bose), Good Neighbor (independent), All About Everything (Bouttework), Stew Called New Orleans (with Paul Sanchez) and John Scofield’s Piety Street, Boutté has been singing it like he means it for many wonderful years.

Born to a 7th Ward Creole family, Boutté grew up listening to hometown legends as well as the omnipresent music of Stevie Wonder and Marvin Gaye. What was growing up in the Crescent City like? “Growing up in the ’60s and ’70s in New Orleans was bitter and sweet. [There was] a lot of turmoil from the Civil Rights movement and Vietnam was still heavy in the air. But so were the sounds of jazz, R&B and funk. We almost got taken over by disco, but thank goodness for the schools, with band teachers and the neighborhood filled with jazz legends who kept us grounded in the basics of musical importance. I started on cornet at age 8 and sang almost daily with my buddies in the ‘hood. We were always looking for an echo under the highrise or at talent shows– wherever someone would listen.”

As a child at the corner of Rampart and Perdido, “Little Louis” Armstrong had a strong mentor in Joe “King” Oliver. Who were Boutté’s mentors? “My mentors were the public school music educators, like Mr. Levine in grammar school, William Houston in junior high and Mercede Stamps in high school. Later I was influenced by Allen Toussaint, all the popular local NOLA R&B bands, and by [legendary guitarist and storyteller] Danny Barker in the ’80s.” Boutté’s older sister Lillian, a gifted gospel singer, “of course was a huge influence. I had a front row to many great times with all the older musicians, from [piano genius] James Booker to the Humphrey Brothers at Preservation Hall.”

After studying business at Xavier University, Boutté served for four years in the United States Army. “I studied piano at Xavier as an extra course, and directed and played in gospel groups in the Army. I couldn’t help but try to make music.”

Out of the Army and working in a credit union, Boutté had a fateful encounter with a musical genius that would change his life. “I spent the day with Stevie Wonder when he came to Xavier to receive his first honorary doctorate in Human Letters. Later in the day he told me that I had a ‘signature voice,’ which prompted me into changing vocations immediately.” Boutté joined his sister Lillian’s band on her tour of Europe, and his musical career had begun.

Fans of HBO’s beloved (and now lamented) series Treme know Boutté for not only writing and singing the ultra-infectious theme song, but also as a fine actor. How accurate was the series in capturing the spirit of New Orleans? Says Boutté, “I think Treme really captured the right picture. It was hard for people to watch because reality sucks and we would rather pass over all the unpleasant stuff to just roll with the happy. But that ain’t life. Working with the actors on set was great. They made me feel as competent as they were. The whole cast, crew and writers were sympathetic and patient. I think singing and acting are first cousins. I was just being myself.”

Having worked with guitarist John Scofield and ex-Cowboy Mouth leader Paul Sanchez, Boutté loves musical collaboration. “John is brilliant. When I first heard him in the studio warming up I was floored. His soul was oozing out of every pore in his skin. Paul is my brother and friend who helped me to start writing again. He is a master at writing songs.”

When asked about his future plans, Boutté says, “I want to write, sing and create, and eventually get back to traveling once I catch my breath.”

Listen to John Boutté describe how New Orleans seeps into an artist’s bones: “To see the kids playing on the street, the masters in concert, the fragrance of jasmine and sweet olive trees, the ruckus of festivities, the solemn oaks, the graves above ground (almost like we’re going to miss something if they bury us!), the drums beating from every direction on a cool fall evening. The history, the future, and the now! I am one poor lucky fool.”

Great individualists in jazz often constitute a School of One—musicians with such personal and idiosyncratic identities that they hover in a liminal state, anchored in … END_OF_DOCUMENT_TOKEN_TO_BE_REPLACED

Earl Newman wasn’t much of a jazz fan back in 1963 when he was hired to produce a poster promoting the Monterey Jazz Festival; the … END_OF_DOCUMENT_TOKEN_TO_BE_REPLACED

Jazz music really was a saving grace in my life,” says pianist, composer, and bandleader Helen Sung. She approaches the big statement with little ceremony, … END_OF_DOCUMENT_TOKEN_TO_BE_REPLACED

America’s most famous harpist is Harpo Marx: he of the curly mop of hair, sealed lips, and an overcoat full of props. When he sat … END_OF_DOCUMENT_TOKEN_TO_BE_REPLACED