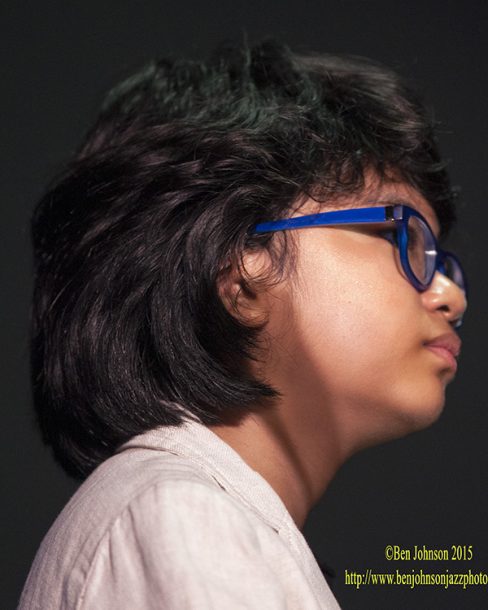 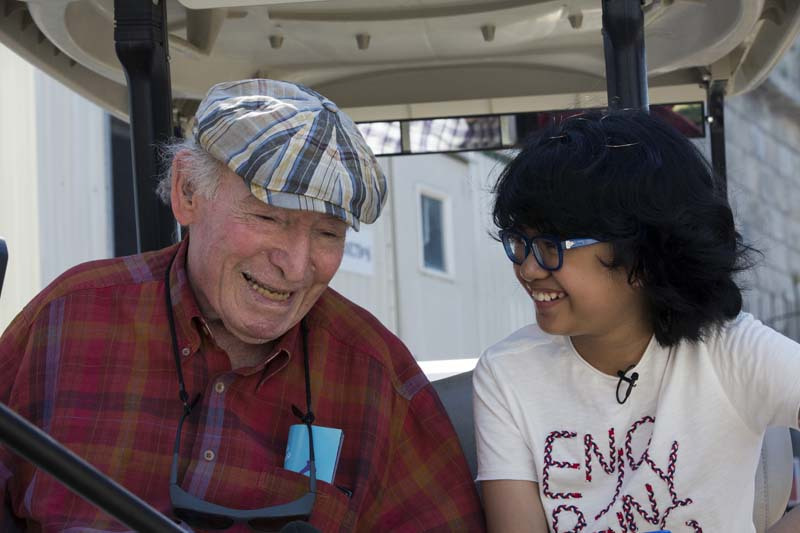 In August, the Newport Jazz Festival added a fourth venue, the 100-seat Storyville Stage, at Fort Adams State Park. It was tucked inside a brick building outside the walls of the 19th-century stone fortification. On Saturday, Aug. 1, a long line snaked from Storyville’s entrance all the way to a distant row of food vendors. When I arrived, I assumed that the building hadn’t opened its doors yet, but no, the venue was already full. People were standing in line for seats they would probably never get.

Who were these people so desperate to see? Joey Alexander, the Indonesian-born, now New York-based piano prodigy who had turned 12 five weeks earlier. He was still 11 when his debut album, My Favorite Things, was released on Motéma Records in May, an event recognized by a front-page feature story in the New York Times. Jazz fans may become blasé about 19-year-old virtuosos from Berklee and Juilliard-not to mention 54-year-old alumni of Art Blakey’s Jazz Messengers-but a 12-year-old prodigy from Indonesia? That they’ve got to see.

For those lucky enough to squeeze into Storyville, two things were surprising about their first encounter with Alexander. With his baby-fat face, thick mop of dark hair, black-frame glasses and white T-shirt stitched with the motto “Enjoy Being Fun,” he looked closer to 9 than 12. But he was all business as he prepared for the set, giving the stage crew very specific instructions on how to position the mics within the piano.

Once he climbed onto the bench (cranked up high), his blue tennis shoes didn’t reach the pedals. When he started playing, however, he was nothing like the usual jazz prodigy. We’re all used to young hotshots who build a reputation on just two aspects of a musician’s skill set: speed and accuracy. But that wasn’t Alexander’s approach at all. Though he tossed off the occasional brief flurry of velocity, this diminutive keyboardist displayed a restraint that’s all too rare, even in thirtysomething musicians.

He started his trio set with “Ma Blues,” the one original tune on the debut recording. A hard-bop number in the 1950s vocabulary that Alexander prefers, the pianist began by banging out the blues changes, but he quickly shifted the dynamics downward to contrast the assertive opening with a quieter passage. Soon he was comping sympathetically behind Russell Hall’s upright bass solo and playing triplets with the right hand against the 4/4 chords in the left. It’s this maturity, this refusal to overwhelm the listener with technique, this willingness to seduce the listener with suggestion and substitution, that make Alexander such an atypical prodigy. He understands that jazz is not an Olympic competition where the gold medal goes to the athlete with the fastest fingers, but rather an effort to convey one person’s internal experience to another. And he does that.

Of course, it’s the experience of a 12-year-old kid who has never had his heart broken, his pride dented by an employer or his confidence shaken by failure. So you don’t get the darker emotions and lustier rhythms you hear in a more mature musician, but that’s not Alexander’s fault. He will have all those experiences in the years to come, and he’s well positioned to incorporate them into his music, because he already knows how to build drama out of conflicting themes and temperaments on the piano.

You could hear promising hints of that at Newport. Alexander played three tunes not on the standard edition of his new album: another original called “Sunday Waltz,” imbued with a Randy Newman-ish jauntiness; Wayne Shorter’s “Footprints,” which showcased Alexander’s remarkable ability to shift dynamics, pacing and mood; and Charlie Parker and Dizzy Gillespie’s “Anthropology,” which allowed the youngster to prove just how fast he could play when the situation required, especially in the climactic give-and-take with drummer Sammy Miller.

It was a genuinely enjoyable set-which is not to say that Alexander is suddenly one of the best pianists in jazz. He has a long way to go to match the depth and invention of keyboardists such as Jason Moran, Brad Mehldau, Lafayette Gilchrist and Kris Bowers (though one could argue that Alexander has already surpassed the likes of Hiromi and Robert Glasper). But Alexander has gotten further at his age than any other jazz pianist ever documented, and if he keeps growing at the same rate, he could be ahead of his generation for decades to come.

The arts, of course, are littered with tales of prodigies who made a big splash but never fulfilled the hype. So many things can stop a teenage artist’s growth: celebrity, self-satisfaction, intoxicants, money, bad managers, bad lovers, bad advice and bad decisions. So how can Alexander stay on the right path?

He seems to have level-headed parents and a safe harbor within Jazz at Lincoln Center (Wynton Marsalis championed him early on-they also share management-and JALC’s programming director, Jason Olaine, produced the debut album). But to continue to grow as an artist, Alexander needs to explore music outside the canon of midcentury swing; he needs to hear everyone from Muhal Richard Abrams to RZA. He needs to serve his time as a sideman to as many older artists as he can-even if that means sacrificing some income during his adolescence.

Most of all, he needs to follow the example of Julian Lage, who seemed to do everything right in negotiating the path from prodigy to adult success. The jazz guitarist was the subject of a 1997 documentary while still in elementary school, performed on the Grammy Awards TV show at age 13 and joined the faculty of the Stanford Jazz Workshop at age 15. But Lage bided his time and played in the bands of Gary Burton, Taylor Eigisti and David Grisman before releasing his debut solo album at age 22, in 2009. Lage’s refusal to fast-forward his career paid off in music remarkable for the breadth of its influences and the depth of its emotional power. Someone should give Alexander Lage’s phone number, so the two can have a chat.

Guitarist Will Bernard bears the bittersweet blessing of virtuosic skill and eclectic taste, making his music a perpetual delight and yet hard to categorize. Maybe … END_OF_DOCUMENT_TOKEN_TO_BE_REPLACED

At 95, Chicago-based guitarist George Freeman is among the world’s oldest active jazz musicians. Although he came of musical age in the 1940s and counts … END_OF_DOCUMENT_TOKEN_TO_BE_REPLACED

When you’re on TV, everybody knows you, or at least thinks they know you. Take Kevin Eubanks, who was on NBC’s Tonight Show five nights … END_OF_DOCUMENT_TOKEN_TO_BE_REPLACED