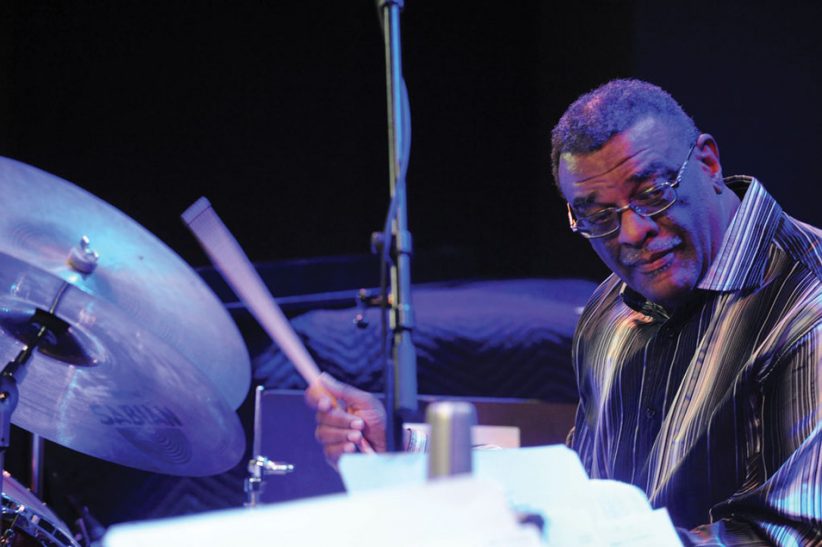 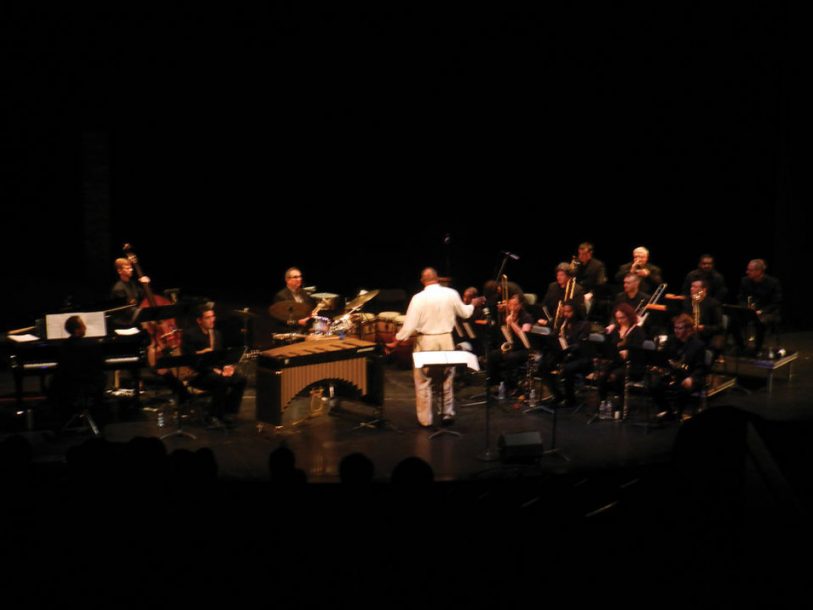 Joe Chambers directs Washington, D.C.-area musicians at the Atlas in 2012. Photo courtesy of the Atlas Center for the Performing Arts 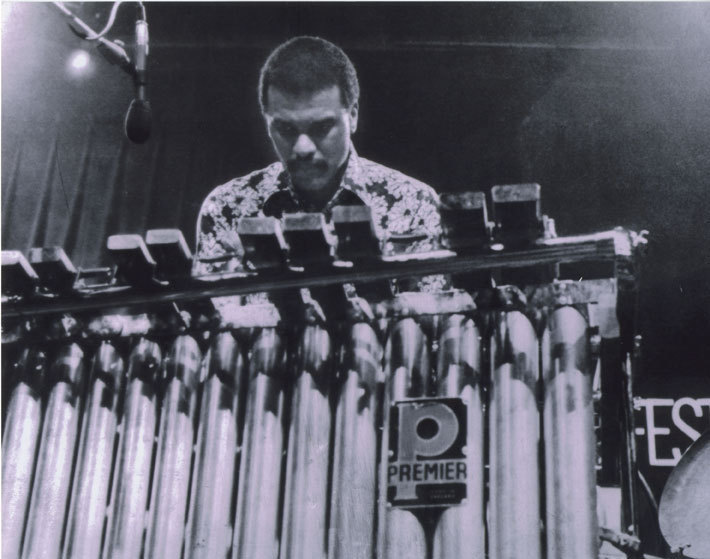 Joe Chambers on vibes in the mid-'80s. Photo courtesy of the artist

Want to get a rise out of Joe Chambers? Characterize him as just a drummer.

Sure, he’s best known for being an in-demand house drummer for Blue Note Records during its exploratory mid-to-late-’60s period. He played on some of the label’s most stirring LPs, led by such iconic musicians as Freddie Hubbard, Bobby Hutcherson, Sam Rivers, McCoy Tyner, Andrew Hill and Wayne Shorter. Later, he participated in Max Roach’s percussion collective M’Boom, and in Tommy Flanagan’s Super Jazz Trio with Reggie Workman.

But now, as Chambers says in early August at a coffee shop on Washington, D.C.’s Capitol Hill, “I no longer have the desire to play drums as an accompanist for anyone.” Chambers is in fact a superb multi-instrumentalist who performs expertly on an array of mallet instruments. (He knows his way around the piano, too.) Then there’s Chambers the composer. Again going back to his Blue Note years, he penned some of the most intriguing compositions Hutcherson ever recorded.

Chambers, now 70, is seeking greater recognition for his writing and arranging, and that pursuit became clear in June at Washington’s Atlas Performing Arts Center, where he conducted a 17-piece big band composed of D.C.-based musicians. The ensemble performed music from his latest disc, Joe Chambers Moving Pictures Orchestra (Savant), a project featuring a four-part suite Chambers created in 2003 on a commission from Jazz at Lincoln Center. In D.C., Chambers reprised the performance from the album, which was captured live in September 2011 at Dizzy’s Club Coca-Cola in New York City.

Brad Linde, saxophonist, educator and jazzcurator at the Atlas, organized the musicians. Rehearsals began in early April with Chambers traveling to the District from Wilmington, N.C., several times. “Joe really made the effort,” Linde says. “He didn’t mind going into his own pocket by coming up and rehearsing the band so that he could convey his vision.” He describes Chambers’ charts as “very detailed and harmonically interesting” before praising how Chambers delved deep inside each section of the orchestra to create beautiful and intricate textures.

“We weren’t reading things that were challenging just for the sake of being challenging,” adds saxophonist Brian Settles. “But there was definitely enough to practice.” Then, Settles hints at some of the rehearsals’ snafus. “He expects each musician to bring a certain level of intuition to the music,” he says. “I sensed his frustration working with younger musicians who aren’t accustomed to his approach.”

“D.C. has always had good-to-great musicians,” Chambers notes. “But when you leave New York City, the level of musicianship goes down. That’s just the fact of it.”

The New York incarnation of the Moving Pictures Orchestra presented titans such as pianist Xavier Davis, trombonist Steve Davis, bassist Dwayne Burno, saxophonist Craig Handy and trumpeter David Weiss, who recruited the musicians. “He conveyed his vision to us,” Weiss says, “but with a little fear, which is a good thing. Kids today don’t get scared enough by grumpy old men.”

Weiss maintains that Chambers came up when the “bar was much higher,” noting that he shared the bandstand with John Coltrane, Sonny Rollins and Charles Mingus. “Older musicians always have a way of reminding younger musicians of this, or conveying it in their expectations,” Weiss explains.

Chambers projects the imposing physique of a linebacker, and in conversation he boasts a no-nonsense sagacity. He’s not necessarily a curmudgeon, but he’s far from cuddly, and his answers can be curt or circuitous. He becomes effusive and earnest, though, when detailing the role drums have played in American history, their overall acceptance in Western music and, ultimately, why he’s so over being depicted as just a jazz drummer.

“They banned the drums,” he explains, “which has a very important role in the spiritual psychology of black America.” He explains the origin of the drum kit, then argues that because of the country’s Westernized perspective, most people view the drums as inferior to the piano or woodwinds. “[Drums] were the enemy; they’re still the enemy in the mindset of anyone of a Eurocentric frame of reference,” he contends. To him, all of that trickles down to drummers’ difficulties securing recording and performance opportunities and reaping commendation as bandleaders.

Guitarist Will Bernard bears the bittersweet blessing of virtuosic skill and eclectic taste, making his music a perpetual delight and yet hard to categorize. Maybe … END_OF_DOCUMENT_TOKEN_TO_BE_REPLACED

At 95, Chicago-based guitarist George Freeman is among the world’s oldest active jazz musicians. Although he came of musical age in the 1940s and counts … END_OF_DOCUMENT_TOKEN_TO_BE_REPLACED

When you’re on TV, everybody knows you, or at least thinks they know you. Take Kevin Eubanks, who was on NBC’s Tonight Show five nights … END_OF_DOCUMENT_TOKEN_TO_BE_REPLACED