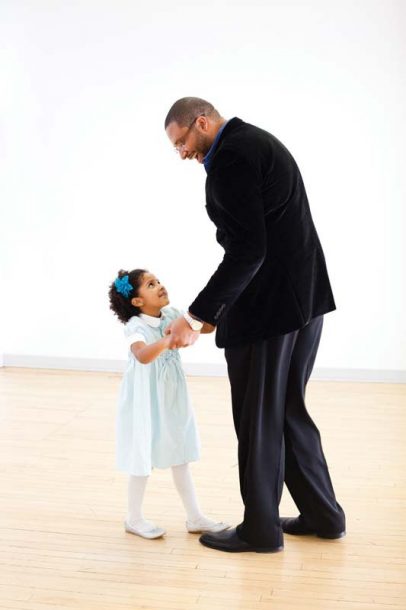 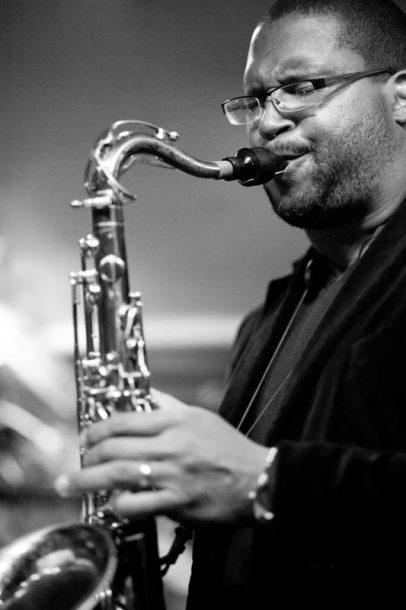 From the time he graduated from Connecticut’s Hartt School in 1997, saxophonist Jimmy Greene’s life seemed charmed beyond the dreams of jazz musicians. His gifts began with his sound, which won him instant attention. “He has that big tone of a real tenor, all but lost today,” says the jazz flutist Red Sullivan. “Think Arnett Cobb, Illinois Jacquet.” Jackie McLean had mentored him in his teens; thereafter Greene was snapped up by Horace Silver, Freddie Hubbard, Lewis Nash and Harry Connick Jr. At 24, he made his major-label debut as a leader.

Amid touring the world, he married his high school sweetheart, and they started an idyllic home life, complete with two beautiful children. By grade school age, Isaiah showed true promise at the piano. Pretty Ana brimmed with vitality; she loved to dance and sing, showered her family with love, and trusted the Biblical teachings that guided them all.

Then, just days before Christmas of 2012, Ana was gone at age 6-murdered, along with 25 others, in the massacre at Sandy Hook Elementary School in Newtown, Conn. Adam Lanza, a reclusive 20-year-old local with a history of mental health problems, had gone there with a semiautomatic rifle, among other guns, and opened fire after shooting and killing his mother at their home. Why he exploded as he did has been analyzed endlessly; following the attacks, Lanza committed suicide.

For Greene, there was no explaining or justifying what had occurred. His whole life seemed shattered; even his staunch Christian faith couldn’t supply many answers. Interviewers had always focused on his music; now the tragedy overshadowed everything. Since then, Greene has had to shoulder devastating loss, comfort his family and find ways to keep Ana’s spirit alive, all the while somehow pressing forward musically.

Greene’s new album, his ninth, addresses all those concerns. Beautiful Life, released on the Mack Avenue label, is a memorial portrait of Ana and a scrapbook of her father’s world in happier times. Colleagues of his appear: guitarist Pat Metheny, pianists Renee Rosnes and Cyrus Chestnut, singer-songwriter Javier Colon. So do pianist Kenny Barron, bassist Christian McBride and drummer Lewis Nash, who accompanied Greene during the semifinals of the Thelonious Monk International Jazz Saxophone Competition in 1996. (Greene earned second place in the finals.) Barron solos on a song Ana loved to sing, “Maybe,” from her favorite musical, Annie. Greene’s boyhood friend Anika Noni Rose-a Tony Award-winning actress and singer and the voice of the princess in one of Ana’s favorite films, Disney’s The Princess and the Frog-reads a monologue he wrote about children and the future. Ana’s onetime school choir joins in. The child herself, accompanied by Isaiah, sings the Christian hymn “Come, Thou Almighty King” in a homemade recording.

For Greene, now 39, life, by necessity, has gone on. His playing career thrives; he continues to work as Assistant Professor of Music and Assistant Coordinator of Jazz Studies at Western Connecticut State University in Danbury. But nothing may ever seem “normal” again. “I’ve had conversations with people who haven’t wanted to ask questions about how I’m doing or how my family’s doing, because they don’t want to bring it up,” he says. “My response has always been, my daughter and my pain are on my mind 24/7. It’s not a question of bringing it up. It’s always up.”

Maybe to help achieve acceptance, Greene has talked a lot to the media. Near the one-year anniversary of the tragedy, Greene went on CBS This Morning and read a letter he wrote to himself, a recounting of his life and a look ahead to the clarity he hopes to find. “God will always make the way for you,” he said. “Your faith in Him, especially in times of trouble, will give you peace beyond understanding.”

When you’re on TV, everybody knows you, or at least thinks they know you. Take Kevin Eubanks, who was on NBC’s Tonight Show five nights … END_OF_DOCUMENT_TOKEN_TO_BE_REPLACED

Jimmy Katz leads many lives. He is the preeminent currently active jazz photographer, and has shot more than 200 magazine covers and over 600 recording … END_OF_DOCUMENT_TOKEN_TO_BE_REPLACED

Take a look at Blue Note Records’ release schedule for 2022 and it’s hard to miss the significant percentage of electronic-oriented music. In March, the … END_OF_DOCUMENT_TOKEN_TO_BE_REPLACED