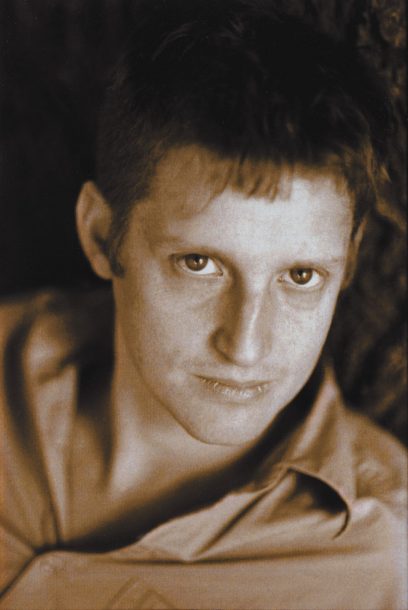 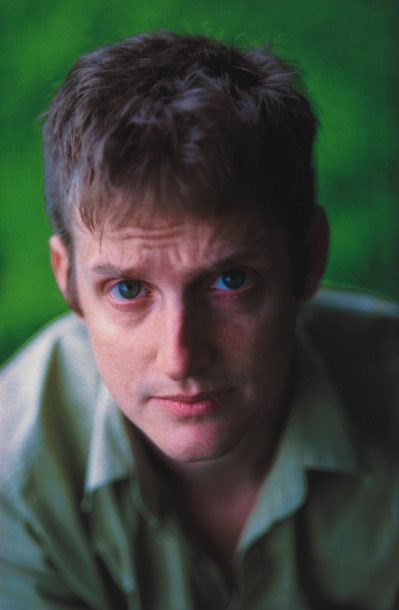 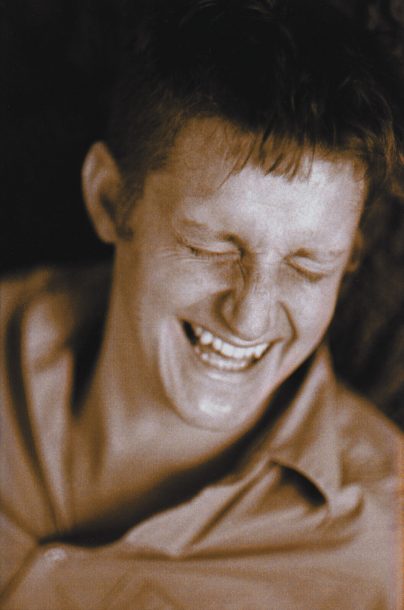 It was a week that is like an increasing number of weeks out of the year for drummer Jim Black. It began in France, performing in tenor saxophonist Ellery Eskelin’s trio with accordionist Andrea Parkins. Black then flies back to New York, playing a Tonic gig with Pachora, a co-op quartet with reed player Chris Speed, guitarist Brad Shepik and bass guitarist Skuli Sverrisson that extrapolates the music of Eastern Europe and Turkey, just hours after landing at JFK. He has only a couple of days to do “the visa mambo” and repack for a tour of Japan with pianist Satoko Fujii and bassist Mark Dresser, where, on a night off, he interfaced with electro-acoustic improviser Otomo Yoshide. Black is in such a rush that he mails a packet with a CD-R of his upcoming Winter & Winter album, Alas No Axis, with almost four times the necessary postage-a small herd of 33-cent holiday reindeer stampede in several directions across the envelope.

Black is busy for a reason. He was integral to several decade-shaping bands of the ’90s, including trumpeter Dave Douglas’ Tiny Bell Trio and saxophonist Tim Berne’s Bloodcount, combining beats from such far-flung places as the Balkans and Brooklyn with a keen sense of ensemble and a willingness to throw out all the rules. Many drummers have developed clever, polyglot styles, drawing upon jazz, rock and traditional rhythms.

However, Black is one of the very few who, in the course of turning the pocket inside out, or cohering noises with a skeletal groove, has developed a readily identifiable voice in the process. Black’s sound is partly derived from his gear-particularly the contrast created by unusually small high-hat cymbals and an unmuffled bass drum-and partly from his training (he studied and then taught summer classes at Berklee in the mid- to late ’80s), and partly from his propensity to veer into any stylistic territory.

It is this latter trait that yields the bracing juxtapositions of Alasnoaxis. In leading a quartet comprised of Speed, Sverrisson and electric guitarist Hilmar Jensson, Black avoids pat mood-reinforcing sequences like the plague: the afterglow of a delicate melody is scorched by a blast of guitar feedback; an initially sunny, preciously Frisellish tune suddenly thrashes with garage band zeal; a piquant line emerges from one industrial-tinged noisescape, only to be consumed by another. But this is not a tactical pose; instead, Black’s approach to composition and album-building reflects his here-today, gone-tomorrow lifestyle, and a sensibility exemplified by Black’s penchant for building MiniDisc compilations from his music collection for use on the road. Black’s logic goes like this: Why listen to just one great album, when you can cherry-pick six or seven and hear them together? In essence, this is what he has done on Alasnoaxis. In the end, the album is something of the sonic equivalent of a tapas bar: lots of strong flavors served up in small portions, with plenty of spirits to clear the palette between tastes.

For Black, leading his own date was just another way “of opening the filters, and letting yourself hang out there.” As he checked the progress of downloads in his Brooklyn apartment, Black surmised that his approach to Alasnoaxis was not much different than his approach to other folks’ music. “You have to let the music dictate what you do,” Black suggested. “Sure, I wrote the music, but at some point, you have to deal with it on its own terms and do what’s appropriate to the situation. I’m not going to inflict some jazz-drumming vernacular into a tune with Pachora. But, in a band like Ellery’s, there’s an incredible range of zones in which you can make up your own kind of groove thing. As soon as you have written music, it becomes clear which filters you can open.”

The gates on Black’s filters are not hinged upon the presence or the absence of a bass player. Black makes only minor adjustments if a bass player is on the gig or not. In bass-less groups like Eskelin’s trio and Tiny Bell, Black likes to soak up space with his booming bass drum; when working with Michael Formanek in Bloodcount or the bassist’s own quartet, Black trims his bass drum use, giving Formanek a foreground presence in the low frequencies. But Black asserts that the absence of a bass player confers no greater freedoms or responsibilities on a drummer than it does on a horn player, a guitarist or a keyboardist. “When you’re playing in time and in a form, everybody has to carry the energy of the composition,” Black continues. “Every motion made by every player at any time in the piece is crucial. It’s what makes a band swing and gives the music a groove.”

Black pointed to Tiny Bell Trio as an example of how musicians meeting the responsibilities of the composition not only results in ensemble cohesion but a rarer form of ensemble identity. “When every member of the band is hearing the music in the same way and taking complete responsibility for all the elements that’s happening at the same time, that’s a band, man,” emphasizes Black. “When you then tag-team somebody, or when two gang up against one, accompany one, or obliterate one, there’s a connection to the written material that everybody can follow. That’s why people applaud when you return to the written material. They recognize the connections.”

For Black, the hook-up with Douglas and Berne and the relocation of his then Boston-based band, Human Feel (which included Speed), came at a critical point in the early ’90s. Mired in the drudgery of New York standards gigs, Black had come face to face with “the dogma of the vernacular,” and it was prevailing. “The jazz vernacular becomes a dogma when you can’t play what you hear,” Black explains. On the verge of creative atrophy, Black was going through the motions and little more. He likened the experience to playing along with a record “because after 100 years of recorded music, music has become a fixed object. It becomes easy for musicians and people who write about music to look back and say that this is a style or a period or a genre on the basis of a recording.” The counterbalance of playing in bands with a committed experimental agenda like Tiny Bell, Bloodcount and Human Feel eventually made it “easy to go back and play more traditional styles,” reflects Black. “A standards gig was never more living and real and honest.”

Though Black’s solid experimentalist credentials are reinforced with Alasnoaxis, he contends that he has never sought “the next big thing through huge innovations and changes. I remember Joe Lovano saying at a clinic when I was at Berklee that everything was pointing to the idea that the next real innovations were going to be subtle, small changes,” recalls Black. “I knew what he meant then, and I really believe it now. Especially now, the stuff that really pricks up my ear and makes me say, ‘This is something new; this is something I haven’t explored; this is something I haven’t heard before’ still has some familiar element to it, whether it’s Mats Gustafsson or Brad Mehldau’s trio.”

The problem then becomes, according to Black, finding a space where various forms of music can be heard without the barking of their respective dogmas drowning them out. The best media forum for this, Black maintains, “is college radio, where they shamelessly play all music. It’s an autofeed of new information, and it’s all useable, no matter what kind of music you play.” The shamelessness he attributed to college radio eclecticism has been particularly crucial to Black on several key occasions. The first was when the then card-carrying Berklee classmate of Roy Hargrove and Antonio Hart formed Human Feel; playing all types of materials in a single set “was the start, for me, of cracking that code of your own conditioning. It doesn’t have to be either/or.”

“That was another great jump for me conceptually, in terms of how to explore. Everybody explores, right, but a lot of people are looking for something preconceived, instead of dealing with what they find,” offers Black. Speed, Jensson and Sverrisson were “totally open-minded, down for exploring and reaching for things that they don’t even know about, and they never foist themselves on the music. So, even though I play in four different bands with Skuli and Chris, these were the guys I automatically thought of when it came to making Alasnoaxis.”

For Alasnoaxis Black “wanted to write music that could be translated in a lot of ways.” He knew his cohorts “could totally change the compositions into something I didn’t predict. The idea that you compose melodies and harmonies that are like outlined shapes for the musicians to color in isn’t anything new. It’s the ability of guys like Hilmar, Chris and Skuli to do something truly surprising that makes it an interesting proposition. The ability to do that in a totally honest way is why I like to play and write.”

Satoko Fujii: Looking Out the Window (91)

Human Feel: Speak to It (Songlines)

Black is interested in many forms of music. He is regularly making compilations on MiniDisc for use on the road, which facilitates an ever-changing rotation. Off the top of his head, he mentioned the following titles.

Bill Frisell: Before We Were Born (Elektra/Nonesuch)

“And anything by Witold Lutoslawski…just say he’ll listen to anything.”

Guitarist Will Bernard bears the bittersweet blessing of virtuosic skill and eclectic taste, making his music a perpetual delight and yet hard to categorize. Maybe … END_OF_DOCUMENT_TOKEN_TO_BE_REPLACED

At 95, Chicago-based guitarist George Freeman is among the world’s oldest active jazz musicians. Although he came of musical age in the 1940s and counts … END_OF_DOCUMENT_TOKEN_TO_BE_REPLACED

When you’re on TV, everybody knows you, or at least thinks they know you. Take Kevin Eubanks, who was on NBC’s Tonight Show five nights … END_OF_DOCUMENT_TOKEN_TO_BE_REPLACED