Skip to content
Become a member and get exclusive access to articles, live sessions and more!
Start Your Free Trial
Home > Features > Jennifer Hartswick Explores Her Truth on Something in the Water

When Jennifer Hartswick checked into a temporarily shuttered bed and breakfast in the winter of 2021, relaxing and writing were both on the agenda. Spending a week-and-a-half in that low-key environment while working with guitarist/producer Nick Cassarino and fellow songwriter Erin Boyd, she came out the other side with the makings of an album. “We were feeling inspired to write some music, and the world was slowly starting to open [after lengthy COVID shutdowns], so we thought we’d take advantage of the fact that some things were still closed and that we could all be together in the same room,” she explains. “That’s also how the recording happened. The thinking was, ‘We’d better get to this while we can.’”

The fruit of that time and effort—Something in the Water—paints the most complete picture of Hartswick’s talents to date. An artfully layered, arrangement-forward outing that showcases her work as a sophisticated songwriter, powerhouse vocalist, and stirring trumpeter, it also speaks to the importance of ongoing musical relationships. Longtime collaborators such as Cassarino, keyboardist Rob Marscher, and drummer Conor Elmes breathe life into the music; special guests like trombonist Natalie Cressman, Hartswick’s section partner in the Trey Anastasio Band, add rich coloring; and bassist Christian McBride, an ally and friend who joined Hartswick’s group for 2018’s Nexus and released this latest record on his own Brother Mister imprint (under the Mack Avenue umbrella), acts as a linchpin with his axe.

“All of my growth and development was literally in a forest.”

Tapping into themes of love, loss, and life in motion, Hartswick manages to dazzle and disarm. Opener “Only Time Will Tell” offers a funky and soaring frame for the story of a woman slighted and spurned. “Fairytale,” with muted verses married to hook-bearing choruses, deals with the power of dissolution, memories, and moving forward. The seductive-turned-seismic “Enamored” practices the art of the honest love song. And the sizzling “Two Way Mirror,” putting Hartswick’s trumpet soloing at the fore, ties into what was taking place on the national stage as the music was coming together. “We started writing this album on January 6,” she shares. “So that song draws on those events. It’s about the imbalance of power in the world.”

Exploring and expanding on the record’s subject matters, Hartswick furthers her voice from other angles. Randy Newman’s “Guilty,” a duet with McBride on upright, is a down-and-out winner that came together quickly. “That was literally a one-and-done,” she notes. “We didn’t edit it; we didn’t do anything to it. We just left it raw because I thought it was a lovely statement … and the saddest song I had ever heard.” Dave Matthews’ “When I’m Weary”—“a beautiful message of support”—is a call to carry on. And two conceptually linked numbers—“By the River,” swaggering with brass-band savoir faire, and “Innocence,” floating along like a daydream—pay tribute to Hartswick’s upbringing: “I had the privilege of growing up in Vermont on a large piece of property with nobody else around besides my family. All of my growth and development was literally in a forest, hanging out in the river and in the waterfall.”

Reflection proves key to the success of Something in the Water, so it’s no surprise that Hartswick has put some real thought into her evolution as a leader over the past 15 years and four releases—from 2007’s standards-based True to this most recent venture: “When I view that progression I see so much personal growth. At each successive stage I was writing from a place of more maturity and more experience. And at the moment I recorded each album, that was my truth. I think that’s really the takeaway—to make music that feels authentic to you in that moment, whatever that looks like.” 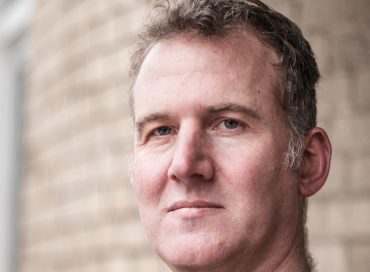 It began simply enough. “I wanted to make a jazz trombone record,” Jacob Garchik says, explaining his decision to embark on the challenging, entertaining tour … END_OF_DOCUMENT_TOKEN_TO_BE_REPLACED

If Ronnie Foster had never recorded anything but the spaced-out, frank and funky soul of 1972’s Two Headed Freap (recently re-released) and 1973’s Sweet Revival, … END_OF_DOCUMENT_TOKEN_TO_BE_REPLACED

When Enrico Rava recorded The Song Is You (ECM), his new album of duets with pianist Fred Hersch, in Lugano, Switzerland, he was just out … END_OF_DOCUMENT_TOKEN_TO_BE_REPLACED

The title of trombonist/composer Kalia Vandever’s second release, Regrowth (New Amsterdam), follows logically from the botanical metaphor of her 2019 debut, In Bloom. The new … END_OF_DOCUMENT_TOKEN_TO_BE_REPLACED