Skip to content
Become a member and get exclusive access to articles, live sessions and more!
Start Your Free Trial
Home > Features > Jazz in Rio: Beyond Bossa 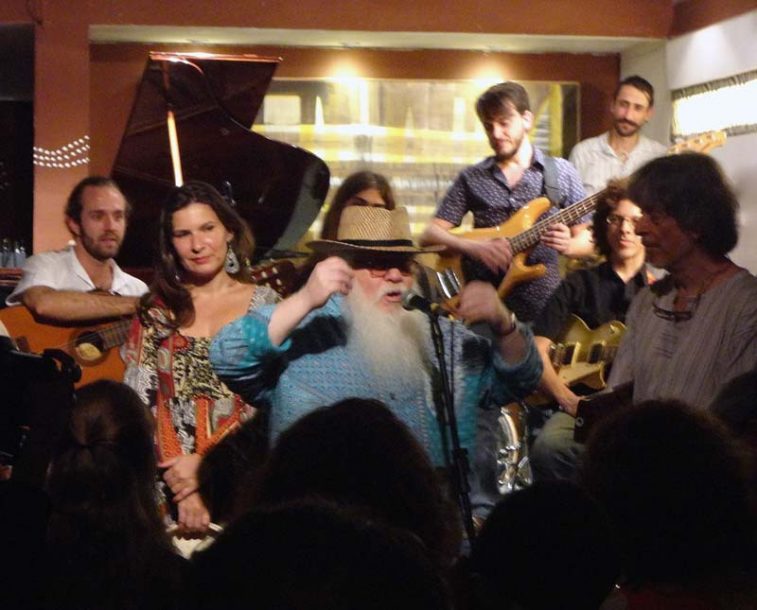 Hermeto Pascoal (front) and group at the TribOz club in Rio, Brazil, 2015 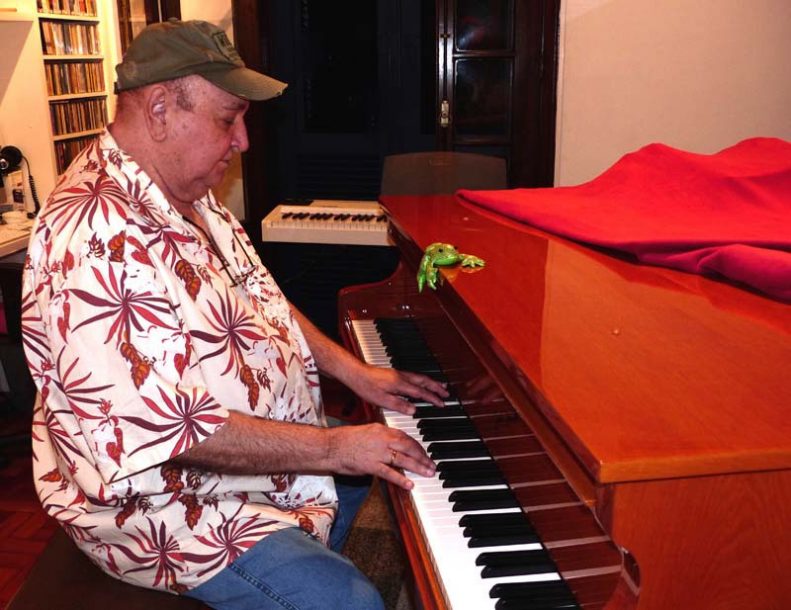 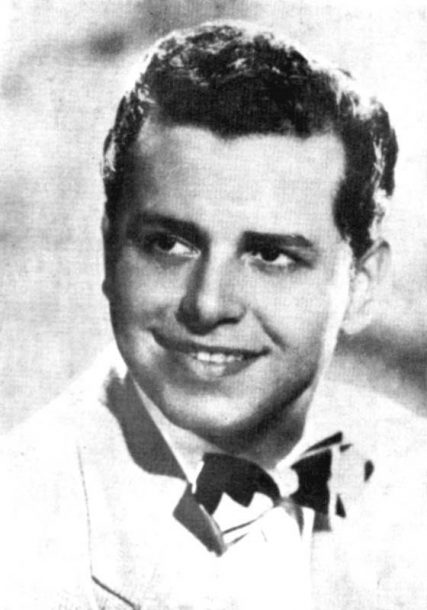 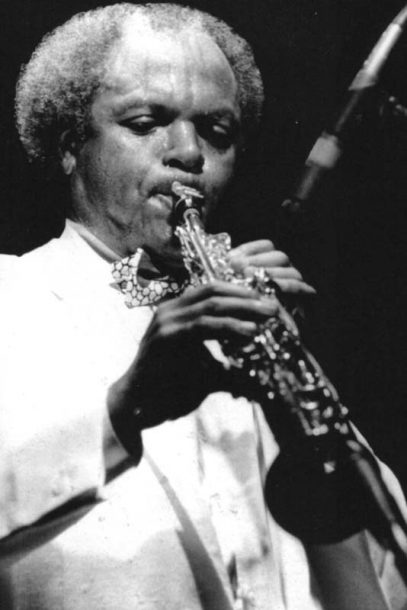 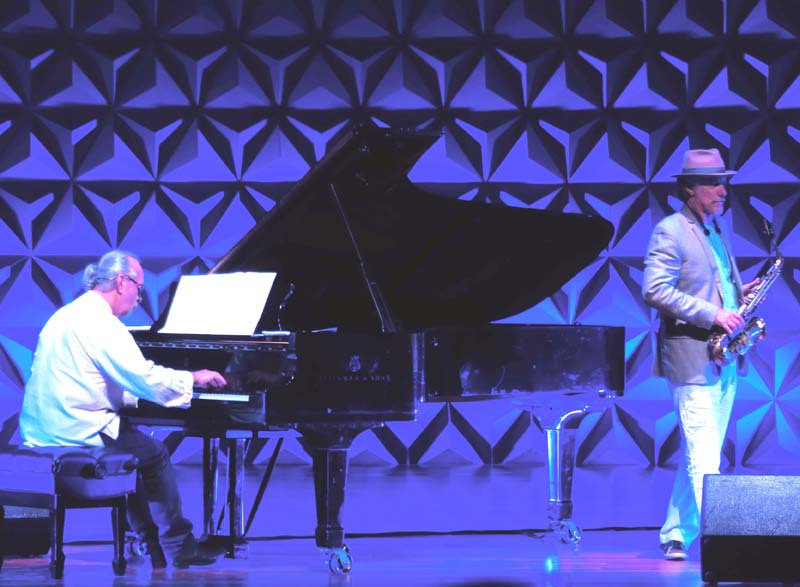 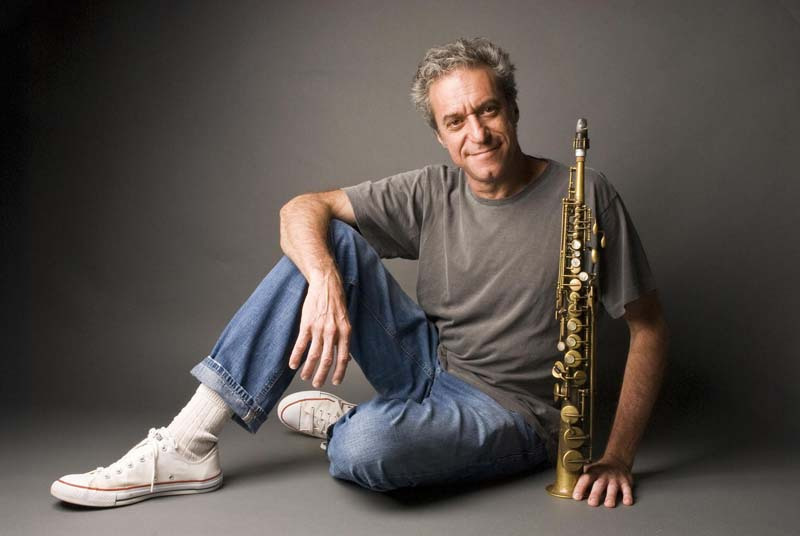 This past April in Rio de Janeiro, I told composer Carlos Lyra, a founder of the bossa nova, that I was writing a piece about Rio’s jazz scene, past and present. “Oh, so it’s fiction!” he quipped. I knew what he meant: that jazz as Americans play it barely exists in Brazil.

Pianist João Donato, another bossa pioneer, agrees. “You cannot expect to have a jazz group here that sounds like Ray Brown and Oscar Peterson. It’s like pronunciation. A guy who lives in New York speaks English and the one who lives in Japan speaks English, but it doesn’t sound the same.”

That hasn’t kept Brazilian musicians from trying to absorb the jazz vocabulary. Bossa, which emerged in 1958, was streamlined samba, but it owed a lot to West Coast cool. Then came “sambajazz,” which strove for a harder East Coast sound. Pulling off the blend was a “big challenge,” explains Cliff Korman, a New York jazz pianist and educator who has lived in Rio for years. “How do you take a language that was developed out of a certain rhythm and pulse and apply it to another rhythmic family, and does that work?”

For Lyra, it was a collision. He responded by writing “Influência do Jazz” (“The Influence of Jazz”), a bossa classic. Its lyrics, in English, read: “My poor samba/It mixed and modernized and lost itself/And the sway of the samba, where is it? … The samba swings from side to side/Jazz is different, it swings from front to back.”

In whatever direction, the song swings so hard, and with such throbbing jazz syncopation, that it refutes its own message. A 1963 live recording by Brazil’s budding queen of sambajazz, Leny Andrade, gives further proof of why this transcultural hybrid could not be stopped. Even then, at 20, Andrade improvised more nimbly than most of her American peers. When she lets loose with a fiery scat solo, the crowd at Copacabana’s Manhattan Club bursts into cheers. Her musicians-Tenório Jr., a hotshot sambajazz pianist; bassist Zézinho; and Milton Banana, a trailblazing bossa drummer-sail effortlessly from samba to straight-ahead jazz to Afro-Cuban. A year later, in 1964, Tenório Jr. would record a milestone album of sambajazz, Embalo.

Today in Rio, the style known so fondly to foreigners as “Brazilian jazz” is a niche market indeed. It faces the same problems, only worse, that plague jazz almost everywhere-marginal airplay and mainstream media coverage, a diminishing number of venues, a narrowing public. Mike Ryan, the Australian owner of TribOz, a jazz club in downtown Rio, minces no words about the size of the local jazz audience. “In terms of the people who actually support the music by going to places, the venues are all competing for about … a hundred people? Lucky if there’s a hundred.”

Somehow, Brazilian jazz survives as a genre all its own. “You can’t say French jazz or Belgian jazz or Argentine jazz or Finnish jazz,” notes Zé Nogueira, the Rio-based soprano saxophonist and producer. “They don’t exist. When jazz musicians arrive in Brazil, they’re so impressed. Musicians are playing here in a very different way than they play elsewhere.”

Brazilian jazz remains rooted in samba, but it references other native styles, notably choro, the breathlessly rhythmic party music that sprang out of 19th-century Rio. The repertoire is almost exclusively the Great Brazilian Songbook, a world as vast and rich as its American counterpart. But how much jazz does Brazilian jazz really have? “If you think of jazz as a language of improvisation, this term ‘Brazilian jazz’ makes sense,” says Mauro Senise, a flutist and saxophonist who has long stood at the top rung of Brazilian musicians. “In the 1960s in Brazil, instrumental music was very strong. You could hear groups like Tamba Trio, Sambalanço Trio or Jongo Trio, and also the saxophonist J.T. Meirelles with the band Copa 5, which did this mixture of Brazilian music and jazz. The improvising brought in some phrases of bebop, but the compositions and the swing of the drums and bass had a quite Brazilian pulse.”

In its near-century of excellence, The New Yorker has been home to more than its share of tops-in-their-field contributors. There’s E.B. White, with his luminous … END_OF_DOCUMENT_TOKEN_TO_BE_REPLACED

Put a “the” in front of a name and it acquires historical heft. The Thelonious Monk who entered New York City’s WOR Studios as Halloween … END_OF_DOCUMENT_TOKEN_TO_BE_REPLACED

On the enchanted evening of August 16, 1958, Ella Fitzgerald took to the stage of the legendary Hollywood Bowl. There, with a lustrous orchestra conducted … END_OF_DOCUMENT_TOKEN_TO_BE_REPLACED

Be careful what you wish for.  By the beginning of 2020 guitarist Mary Halvorson, one of the most acclaimed musicians of her generation, was also … END_OF_DOCUMENT_TOKEN_TO_BE_REPLACED