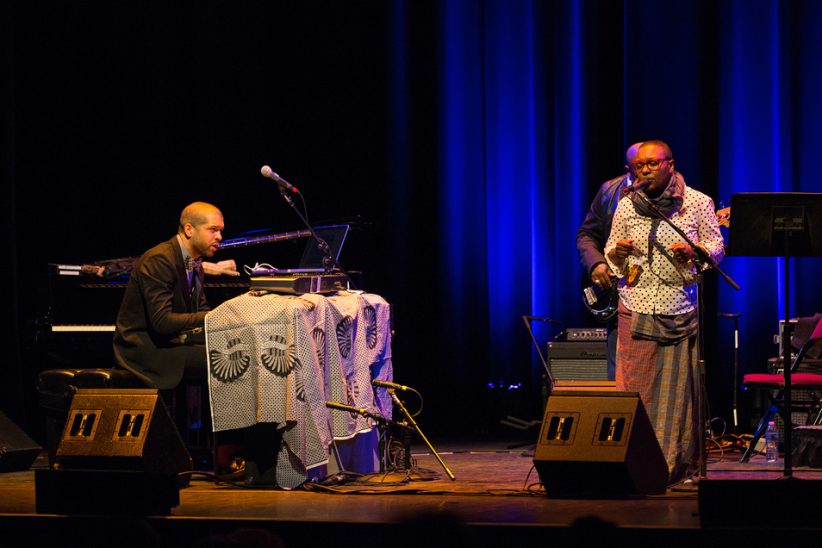 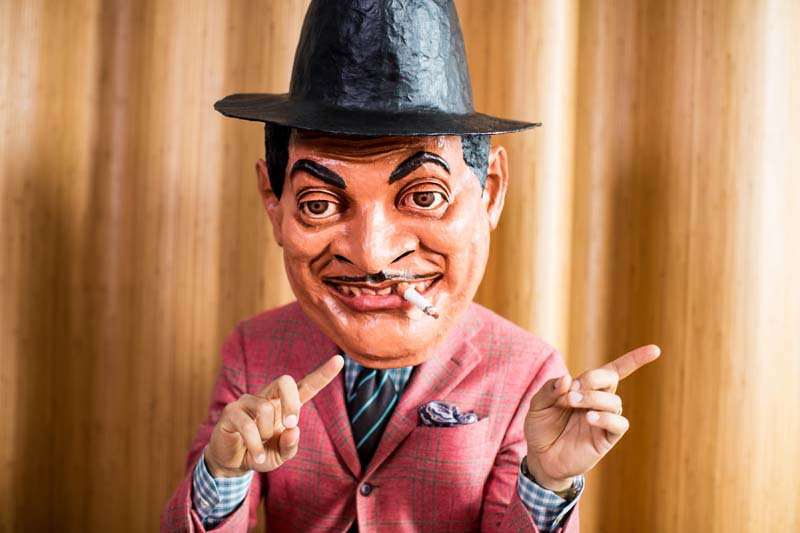 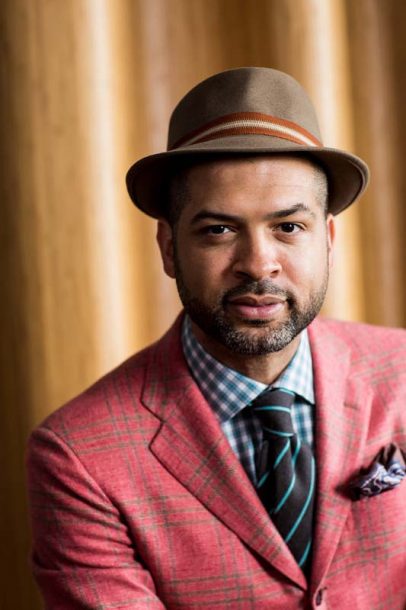 At first, it’s just a warm, midtempo funk song. (As if that isn’t enough.) The horns play a sly riff. The electric bass is deep and a touch sinister. The drumming is hard and strong. And the electric piano is buttery and glowing. But then the vocals come in and change everything. “No one to talk with/All by myself,” sings a female voice in a confident whisper. That’s the first line from the great pianist and singer Fats Waller’s “Ain’t Misbehavin’,” and all of a sudden, that’s the song that’s playing; that’s the world we’re living in. And that’s how it goes for the entirety of All Rise: A Joyful Elegy for Fats Waller (Blue Note), the ninth album from pianist Jason Moran. The stunning new project was coproduced by Blue Note Records president Don Was and Meshell Ndegeocello, who sings “Misbehavin'” and other tunes. A collection of songs written by, associated with or inspired by Waller, All Rise is a mischievous record, rearranging Waller’s tunes and then daring the listener to recognize them. Or not dance to them. All Rise benefits from a healthy dose of misbehavior.

Though a Waller tribute was not Moran’s concept-the project was initially commissioned as a concert by Harlem Stage Gatehouse in 2011-the pianist was familiar with the sounds of Waller when the endeavor began. The importance of that legend had been impressed upon him by his mentor and teacher Jaki Byard. When asked for his thoughts on Waller’s piano playing, Moran explains that Thelonious Monk led him to James P. Johnson and that Johnson “is the setup for understanding Fats Waller.” But, as a pianist, Waller tops both Monk and Johnson for Moran. “James P. Johnson is so versatile and fluid, but he ain’t fluid like Fats is fluid,” Moran says at his Harlem apartment. “And neither is Monk. They both figured out other ways of moving. But Fats is doing things that are so light and so rhythmically charged and so advanced harmonically and then singing on top of that. So that’s just not your average can of worms that you’re messing with.”

To “address” Waller’s words, Moran called on vocalist-songwriter-bassist-producer Ndegeocello, whom Moran had met, appropriately enough, while misbehaving. In 2005, Moran went to see Ndegeocello at Birdland in New York, but when he saw a long queue stretching down the sidewalk, he walked up to the doorman and told him a fib about how he was supposed to sit in. Fortunately, for the doorman, and unfortunately, for Moran, Ndegeocello was right inside the venue entrance as Moran tried out his con. Though Ndegeocello didn’t invite him onto the bandstand that night-they had never met before-she gave him her number. Eventually, Moran found a reason to call.

“I knew that because of what Fats decides to deal with subject-wise, a person should feel comfortable going in there,” says Moran. “I know some people who are comfortable like that, but I don’t know a lot of them. But I know Meshell, and understanding her records, like ‘If That’s Your Boyfriend [He Wasn’t Last Night]’? These kinds of songs could also be Fats Waller songs.” [laughs]

Besides contributing vocals, Ndegeocello worked as a true producer, from bringing in the legendary engineer Bob Power to installing the relentless Charles Haynes behind the drums. Ndegeocello chose Haynes, who has played with Lady Gaga and M.I.A., to help keep things concise. “Basically, in pop music, people only listen to the lyrics and the beat, in my limited opinion,” says Ndegeocello over the phone. “To me, a lot of improvisational jazz players, they create these songs that are just vehicles for them to solo. And so that was important to me not to have that.”

In concert, one of the All Rise band’s primary goals is to get its audience up and moving. The gigs are dubbed “Fats Waller Dance Party,” and hired dancers, whose job is to work the crowd, accompany the band. “They do a lot of dance [at Harlem Stage],” says Moran on the origins of the project. “My wife [mezzo-soprano and actress Alicia Hall Moran] had just finished working with [renowned choreographer and dancer] Bill T. Jones, so she had just been around all these dancers for a while. And it was just kind of like, ‘Well, let’s think about dance not as performance, but dance as social gathering.'”

As far as arranging, Moran and, to a lesser extent, Ndegeocello head their ensemble-Haynes, additional vocalist Lisa E. Harris, trumpeter Leron Thomas, trombonist Josh Roseman, bassist Tarus Mateen-in a number of directions on All Rise. “Yacht Club Swing” is given a Latin groove. “Ain’t Nobody’s Business” becomes a swaying, behind-the-beat R&B affair. And a pair of tracks are given to the Bandwagon, Moran’s working trio with Mateen and drummer Nasheet Waits. But Moran insists that the best arranging simply comes from being observant.

“Great artists already display for you what you need to use,” explains Moran. “You don’t have to go looking too far. I mean, for me, I just really try to wait and look at it. Or, ‘OK, let me go look at it again.’ And you have to scan it. And then if you find the

one thing that can pull you through, you follow it.”

Guitarist Will Bernard bears the bittersweet blessing of virtuosic skill and eclectic taste, making his music a perpetual delight and yet hard to categorize. Maybe … END_OF_DOCUMENT_TOKEN_TO_BE_REPLACED

At 95, Chicago-based guitarist George Freeman is among the world’s oldest active jazz musicians. Although he came of musical age in the 1940s and counts … END_OF_DOCUMENT_TOKEN_TO_BE_REPLACED

When you’re on TV, everybody knows you, or at least thinks they know you. Take Kevin Eubanks, who was on NBC’s Tonight Show five nights … END_OF_DOCUMENT_TOKEN_TO_BE_REPLACED