Skip to content
Become a member and get exclusive access to articles, live sessions and more!
Start Your Free Trial
Home > Features > Jane Harvey: No Regrets 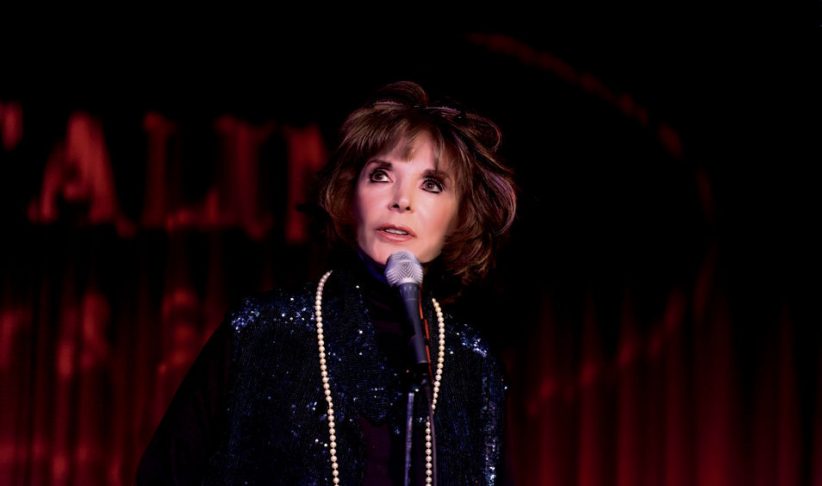 Early last year, after more than two decades’ silence, 87-year-old Jane Harvey decided to sing again. With assistance from her manager, Alan Eichler, the longtime cult favorite among vocal-jazz aficionados put together an act. She tested it at Catalina’s in L.A. and then brought it to New York for a one-night-only performance at Feinstein’s at the Regency, prompting a wellspring of accolades. Seizing the moment, Eichler asked Harvey’s permission to assemble a series of retrospective CDs, tracing her peripatetic career all the way back to its big-band-era roots. “I didn’t think I had more than 10 or 12 singles out there, let alone albums,” says Harvey, “but I told him to go ahead and he came back with enough for five albums. I don’t remember recording half the stuff he found. When he played something called ‘The Kiss That Rocked the World’ [the ‘A’ side of a 1958 Roulette single], I said, ‘That’s not me! I would never sing a song like that.’ I had to hear it several times before I realized it was me. I was abashed!”

The five discs (released on the Little Jazz Bird label) cover almost Harvey’s entire recorded output, stretching from her brief tenure with Benny Goodman in the mid-’40s to her final album to date, 1988’s The Other Side of Sondheim, including dozens of rarities and never-released sessions with the likes of Duke Ellington and Les Paul. The new releases are a boon for fans and collectors, who’ve had to pay dearly for the smattering of Japanese reissues that has appeared over the years, yet rather paltry for a career that now spans eight decades. But, as author James Gavin, arguably America’s foremost authority on jazz and cabaret vocalists, notes, “Jane has been under the radar for most of her career, disappearing from public view for years at a time, then suddenly reappearing with some audacious new show or album and looking and sounding virtually ageless. She is delightfully self-deprecating and clear-eyed with regard to her career. She doesn’t try to cloud her professional missteps or blame them on someone else, [and] she recounts them hilariously.”

Indeed, Harvey is a fount of tales, beginning with her first professional gig. It was shortly after she’d completed high school in her hometown of Jersey City. Her cousin led her to a talent agent who landed Harvey a gig in Baltimore. “I went down there,” she recalls, “with three pieces of sheet music that I bought at the five and ten and a ruffled prom gown. Well, it turned out it was a strip joint. Backstage there were all these girls running around naked, and there I was, with all my ruffles, barely able to get through ‘The Man I Love’ before the next stripper came out.”

During a subsequent summer gig at a resort in upstate New York, she met a vacationer who promised he could get her an audition with Barney Josephson, owner of the celebrated Greenwich Village nightspot Café Society. “So when summer ended,” says Harvey, “I sang for Barney. He said, ‘The first thing we have to do is change your name.’ My name was Phyllis Taff. There was a girl singer who preceded me who was a paramour of Barney’s. Her name was Phyllis, and she got very bad reviews, and he didn’t want people to think I was the same Phyllis. So he said, ‘Helen Harvey.’ I didn’t like the name Helen, so I went home and wrote out all kinds of names, and decided I like Jane.”

While at Café Society, Harvey caught the ear of famed critic and producer John Hammond, who recommended her to his pal Benny Goodman. “One night,” she says, “the maitre d’ came over and said, ‘Benny Goodman is here and would like you to come over and say hello.’ I went over, and there were no amenities, like, ‘How are you?’ He said, ‘Would you like to sing with my band?'” Her tenure with Goodman lasted less than six months, but did include two recording sessions-one of which delivered the 1945 hit “Close as Pages in a Book.”

Harvey next caught the attention of Desi Arnaz, during his pre-I Love Lucy bandleader days. She cut a few sides with Arnaz-not included in the CD series, but available elsewhere-the popular “A Rainy Night in Rio” among them. Arnaz also brought her to California for club dates that led to a disastrous screen test at 20th Century Fox. “I was,” Harvey remembers, “lying on some sort of divan and singing ‘Little Girl Blue.’ The sound stage was about a mile long. I was at one end, and at the other end was [Hollywood film composer, arranger and conductor] Alfred Newman and the orchestra. When I heard the playback, I said, ‘It stinks. Let’s do it again.’ Well, what Newman heard, a mile away, was ‘he stinks,’ which is certainly not what I said. Within minutes, my agent came flying over to the studio and said, ‘How dare you insult Alfred Newman!’ So I was very, very hot in California for a total of about one minute.”

Come the 1950s, Harvey found herself in an abusive marriage to producer Bob Thiele, who, prior to his triumphant years as head of Impulse!, was working with such pop singers as Steve Lawrence, Eydie Gormé and Pat Boone at smaller labels including Coral and Dot. At Dot, he arranged for Harvey to record a single album, Leave It to Jane. Near its completion, she suffered a nervous breakdown, and it wasn’t until months later that she was able to complete the final track, ironically “The Man That Got Away.” Toward the end of the ’50s, Thiele was overseeing a Duke Ellington session in Chicago and brought Harvey along; she found herself unexpectedly singing on two tracks with Billy Strayhorn at the piano, “A Hundred Dreams From Now” and “I’m Gonna Go Fishin’.” Until the release of the new CDs, she had never heard either.

A couple of years later, Harvey got a surprise call from WNEW deejay Bob Landers. “It was about 1 in the morning,” she remembers, “and Bob said, ‘How soon can you get down here? I have Les Paul here and I want him to hear you sing.’ Bob had a studio in [midtown Manhattan], so I ran over and they had these big reels of tape. The first song was Les playing ‘Bill Bailey,’ which I’d never sung before. I wasn’t sure I even knew the lyric. Mary Ford had left Les by then, and he invited me to go on the road with him. But my son [Bob Thiele Jr.] was quite young and I wasn’t really thinking straight, so I said no. Another of my great decisions.” Seven tracks from that impromptu, middle-of-the-night session are included on one of the new discs.

Though Harvey recorded the excellent album I’ve Been There with Ray Ellis in England in 1964 and participated in Fats Waller Revisited with stride pianist Dick Wellstood and Zoot Sims a decade later, she sums up the 1960s and ’70s as “a time when I always seemed to be getting married and divorced.” She recalls frequenting a small piano bar in Manhattan called Gregory’s, where Ellis Larkins performed regularly. “I’d get up and sing,” says Harvey. “That was my happiness.”

In the mid-’80s, she happened into the Manhattan supper club Marty’s to catch Mel Tormé. At the piano was Mike Renzi. She approached Renzi with her idea of doing jazz versions of Stephen Sondheim songs. The resultant album, The Other Side of Sondheim, a one-off for Atlantic Records, was originally meant to include backing by just Renzi, bassist Jay Leonhart and drummer Grady Tate. But after its completion, Atlantic honcho Ahmet Ertegun decided it needed some sweetening, and had Ray Ellis layer it with syrupy synth strings. “Ray did a very cursory job,” says Harvey. “It really drove me nuts, and I hated it when it came out.”

For the new CD series, the Ellis strings have been removed, the album restored to its intended jazz purity. Says Renzi, who also accompanied Harvey on her 2011 Feinstein’s date, “Jane is a very creative lady; she has different takes on things that are excellent. For example, [Sondheim’s] ‘Could I Leave You?’ is a waltz, but she decided to swing it. I always told Jane she should be a record producer because she has such great ideas. She’s not a scatter like Mel or Ella; she’s more of the Peggy Lee school.”

Though now just two years shy of her 90th birthday, the California-based singer is making plans to perform in Japan, where a two-disc compilation of the rereleased material is in the works, and to return to New York for an encore appearance. Of the endless stops, starts and curves she’s endured-what she laughingly refers to as “careeris interruptis”-she has no regrets. Meanwhile, notes Gavin, “She’s outlasted almost every other jazz singer alive, and she still has her magic.”

Dick Wellstood and His “Friends of Fats” Fats Waller Revisited (Classic Jazz, 1975)
The Other Side of Sondheim (Atlantic, 1988)

All tracks from the albums listed here, except Fats Waller Revisited, are included on the five Jane Harvey CDs recently released by Little Jazz Bird.

When you’re on TV, everybody knows you, or at least thinks they know you. Take Kevin Eubanks, who was on NBC’s Tonight Show five nights … END_OF_DOCUMENT_TOKEN_TO_BE_REPLACED

Jimmy Katz leads many lives. He is the preeminent currently active jazz photographer, and has shot more than 200 magazine covers and over 600 recording … END_OF_DOCUMENT_TOKEN_TO_BE_REPLACED

Take a look at Blue Note Records’ release schedule for 2022 and it’s hard to miss the significant percentage of electronic-oriented music. In March, the … END_OF_DOCUMENT_TOKEN_TO_BE_REPLACED