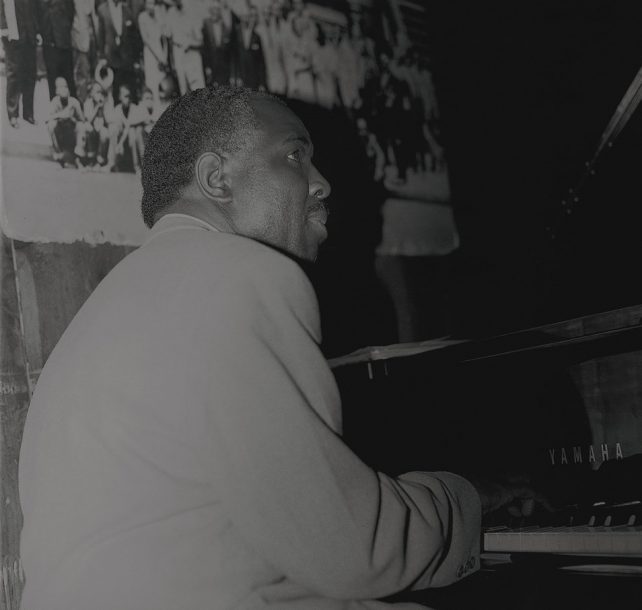 Pianist-composer-bandleader James Williams, one of the true gentlemen of jazz, is known as a consummate bandmember and team player. Beyond the bandstand Williams is one of the more astute jazz businessmen and entrepreneurs of his jazz generation. Proprietor of Finas Sound Productions, Inc., a company with a Manhattan office that has produced recordings, annual tribute concerts to jazz masters, and worked in artist development, the Brooklyn resident keeps extremely busy, never allowing himself to come up for air long enough to bemoan the general jazz “condition”. Besides his business enterprise, named in loving memory of his greatest jazz piano hero, fellow Memphis, TN native Phineas Newborn, Jr., Williams continues to take gigs as sideman and special guest, lending his soulful piano stylings with great humility. These days his number one passion is his own ensemble, the Intensive Care Unit (or ICU).

James Williams & ICU is currently riding the waves of its latest recording and second for the Evidence label, We’ve Got What You Need. Boasting a unique frontline sound of two male voices and saxophone, the ICU has no peers in its harmonious pursuit. We’ve Got What You Need lives up to its boast in many ways but is a bit more subtle in delivering Williams’ positive messages than was its predecessor, Truth, Justice & The Blues, which wore its gospel colors in bolder relief. “We like to try to do things that are a bit uplifting as well as fun and [We’ve Got What You Need] delivers a message without being preachy or over-the-top with it. We deliver ‘feel good’ music. We’re trying to not take ourselves too seriously, but the music is very serious; we’re telling the listeners and others, ‘Hey, it’s not what they’re saying; we’ve got what you need over here’,” chuckles Williams.

“I deliberately showcased a different dimension of the group,” says Williams of We’ve Got What You Need.” Conceptually, the music was obviously shaped by myself but I chose things that were familiar, some of it more standard-based. It is more jazz and a little more adventurous than Truth, but you see I don’t draw the line between spirituals, gospel, blues and jazz. We try to still deliver with a high spiritual content, even though we may be singing ‘who dat over dere’ in a child’s voice. When you hear Dianne Reeves, Roger Holland, and Miles Griffith sing “You’ll Never Walk Alone,” even though that was [by] Richard Rodgers from Carousel, we put a different slant on it. We really make it our own composition in a sense because it’s still talking about that, and in different contexts you could sing that song in church.”

In addition to Reeves, the new recording employs two other top-shelf guest vocalists, Etta Jones and Vanessa Rubin. Williams’ strategy behind inviting these guests to join an already singer-heavy front line was simple: “I wanted to pump the band up, get the band inspired in a different way-to move artistically to another level, to say we can move to another level artistically when we have someone of that stature coming in, especially when you have a veteran like Etta Jones; she’s gonna come out there every take and slam all the way. In the same way you have a voice like Dianne Reeves, and then you have Vanessa Rubin also come in and we blend and we have a certain sound. I wanted to have them be a part of the ensemble, not overdubbed. I wanted them to also be challenged; Roger and Miles do not take prisoners!”

The two young men who are the key to the ICU, part of a lineup including alternating reedmen Billy Pierce and Steve Wilson, bassist John Lockwood, and consummate drummer Yoron Israel, are singers Miles Griffith and Roger Holland. In employing not one, but two male vocalists in the ICU front line, Williams was inspired by his years with Art Blakey. “Being a former Jazz Messenger, accompanying has been one of my strong suits. I think that’s part of the jazz experience, being able to be a great team player as well as a soloist. I started to hear the music I was writing becoming more lyric-based in my own head, so I realized that I wanted to be able to deliver a lyric. Unfortunately I don’t sing on an artistic level,” Williams laughs, “so the obvious thing was to get a vocalist. Miles Griffith came into my life at a workshop I did at Long Island University. When I finally got around to listening to his tape I said ‘yeah, this is kind of interesting.’

“Around this same period I did a project with the Boys Choir of Harlem and it was such a unique experience and I realized that this was what I was starting to hear. I also knew that I couldn’t take an entire choir on the road. Roger Holland was involved with that project, although he was not a member of the choir at that point. When I heard him sing I realized that he was also bringing the sound I needed for the things I wanted to do. So I got these two guys, Roger and Miles, who unbeknownst to me knew each other because as teenagers they had been members of the Boys Choir of Harlem, together with Billy Pierce; I wanted a reed player because that was still another voice that I wanted.” Both singers have a gospel orientation, though Holland’s approach leans more heavily toward rhythm & blues, while Griffith is more jazz flavored with a proclivity toward scat and vocalese. “Their approach to the music is very different, which I wanted because I didn’t want mirror images of each other, so they can deliver a lot of different things with the two voices. Sometimes they emulate the sounds of a wind section, so in a sense I can have three winds on the front line and at times it’s like three voices with the saxophones, especially the soprano sax voice. You have to have a unique saxophonist; not every saxophonist knows how to come out and play with the voices and deliver in a tutti section, a good ensemble blend and dynamics, so we have someone as great as Billy Pierce or Steve Wilson, people who are willing to play like that yet it doesn’t take away from their explosive solo abilities.

“The two voices kind of found me, but when they did come around I became aware that was what I was really looking for in my music. It gets away from a trumpet-saxophone or trombone front line and it brings a different texture and color to the band, and I think people gravitate towards the voice.” The ICU plays music that is audience-friendly. “I tell people we perform music that even non-jazz lovers enjoy. That’s a thing that we’ve gotten away from: we can still play music that’s challenging artistically on a certain level and not water it down, if the music is presented right, and that’s what the Jazz Messengers were about. When you look at the great leaders from the Jazz Messengers, whether you’re talking about Horace Silver right on down to Bobby Watson or myself and others, you find that’s a common denominator that goes throughout the various members who really were Jazz Messengers, and not those who just passed through the group.”

Williams suggests that the ICU harbors “the same goals as the Jazz Messengers, Bill Basie, the Ahmad Jamal Trio, Tommy Flanagan Trio, Tony Bennett, or any number of other beautiful artists that we have out here to treasure. I’d like to really follow through on the tradition of Art Blakey, Phineas Newborn, Dizzy Gillespie, Milt Jackson, Elvin Jones-the great leaders; these are the types of folks that have given me opportunities to come out and see what the potential is. The very least we can do is carry on that legacy. Things are always changing and evolving to try to create situations where the music can be heard by the largest number of people.

“You know a lot of times we have a tendency to say ‘Oh boy, we don’t have Bird, we don’t have this.’ I think we should focus on who we do have who can deliver these kinds of things; there are other pianists out there, like Donald Brown, Darrell Grant. There are some dynamic people out here. The people are here; it can’t just be an old boys network all the time.”

“I have a Steinway L at my office; I also like Yamaha, Roland keyboards and the Hammond B-3 organ.”

When you’re on TV, everybody knows you, or at least thinks they know you. Take Kevin Eubanks, who was on NBC’s Tonight Show five nights … END_OF_DOCUMENT_TOKEN_TO_BE_REPLACED

Jimmy Katz leads many lives. He is the preeminent currently active jazz photographer, and has shot more than 200 magazine covers and over 600 recording … END_OF_DOCUMENT_TOKEN_TO_BE_REPLACED

Take a look at Blue Note Records’ release schedule for 2022 and it’s hard to miss the significant percentage of electronic-oriented music. In March, the … END_OF_DOCUMENT_TOKEN_TO_BE_REPLACED