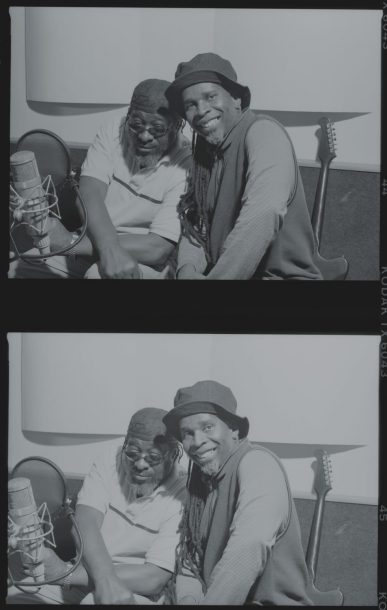 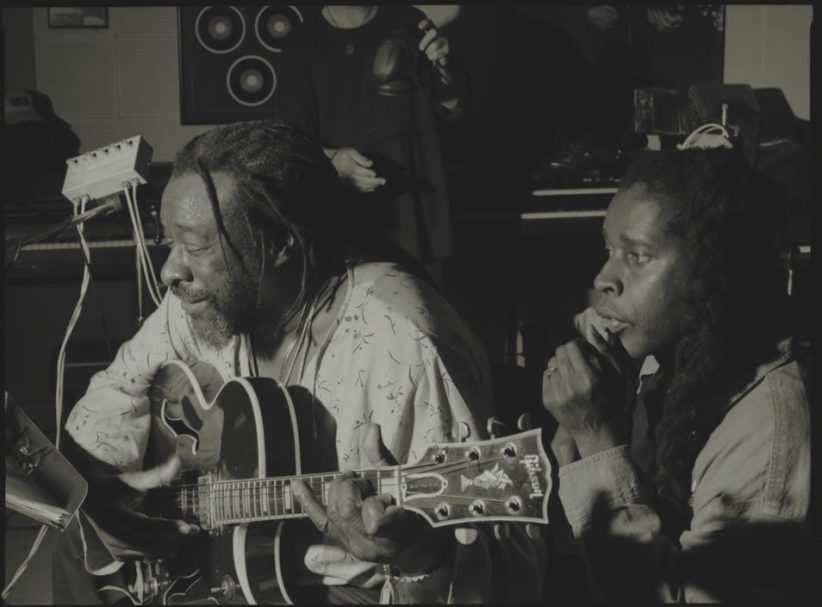 When Ornette Coleman tries to explain his harmolodic theory, he sounds as if he’s talking about the most modern concept around. But the more he talks about a performer treating the HARmony, the rhythmic MOtion and the meLODIC lines equally and taking them wherever inspiration leads at any moment, the more it sounds like he’s describing those pre-1950 rural bluesmen who did just that.

The key instrument for old bluesmen such as Charley Patton, Robert Pete Williams and Mississippi Fred McDowell was the guitar, of course, and it became a crucial factor in Coleman’s harmolodic music as well. Two of the most important guitarists in the harmolodic movement are James “Blood” Ulmer and Vernon Reid, and recently they collaborated on three albums that make the blues underpinnings of harmolodic music more explicit than ever.

Wadada Leo Smith does not play jazz. In fact, if you ask him, he’ll tell you that he doesn’t know how. It’s an apparent paradox … END_OF_DOCUMENT_TOKEN_TO_BE_REPLACED

Georgia Anne Muldrow laughs easily when she speaks. The charm of her laughter does not come from anything silly, although she can be downright funny … END_OF_DOCUMENT_TOKEN_TO_BE_REPLACED

For her entire career, trumpeter, singer, and composer Sarah Wilson has been wrestling with apparently separate pursuits: trumpet vs. voice; living and working in New … END_OF_DOCUMENT_TOKEN_TO_BE_REPLACED

Is Merriam-Webster’s definition of jazz, “American music developed especially from ragtime and blues,” valid in South Africa or Brazil? Is the first sentence of the … END_OF_DOCUMENT_TOKEN_TO_BE_REPLACED