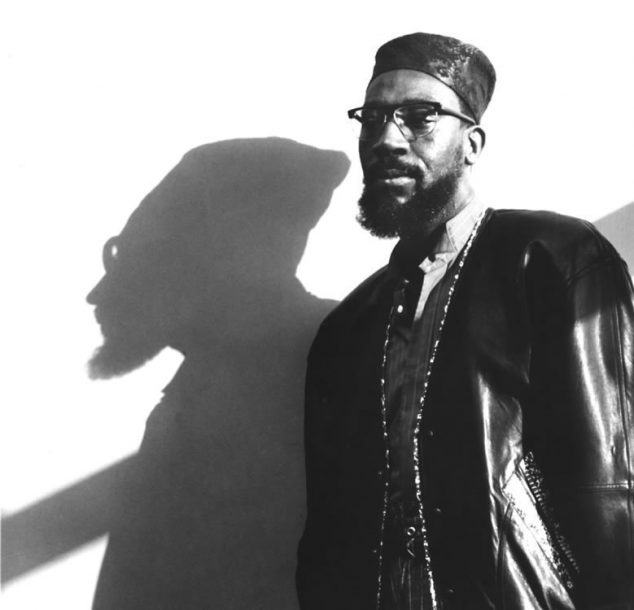 During a few formative years in the mid-1970s, Philadelphia high-schooler Rudy McDaniel faced a pair of decisions that would prove to be life altering. The first concerned whether to spend his after-school hours pursuing basketball or music. Once the latter won out, he determined to focus on either the acoustic or electric bass exclusively. Guided by his love of funk and rock music and the pioneering work of Jaco Pastorius and Alphonso Johnson, he opted to plug in.

But the young bassist made himself a promise: “I remember clearly saying to myself, ‘When I become 60 years old, I’m gonna play the upright bass.’ I felt as though I would be a bit more relaxed and in tune to myself at that age.”

Two years ago, McDaniel, renamed Jamaaladeen Tacuma since the ’70s, looked in the mirror at his 58-year-old visage, a tuft of gray on the chin of his angular features. “I said, ‘Wow, 60 is two years away and here I am!’ So I decided to pick up the acoustic bass and just play it. I’m not going to worry about the things that people worry about when they pick up a new instrument; I’m just gonna get on it and start rippin’.”

That new endeavor will make its recorded debut with an upright bass duet between Tacuma and another Philly native, Henry Grimes-part of a session featuring a multigenerational cast including saxophonist Odean Pope, trumpeter Heru Shabaka-ra, guitarist Tim Motzer and the sibling drum prodigies Justin Faulkner and Nazir Ebo. The yet-to-be-named session will be released this year on Tacuma’s Jam-All Productions, an imprint he started in the 1980s. While he’s established relationships with a few labels-Gramavision through the ’80s, Jazzwerkstatt more recently-he’s always maintained his own label as an outlet for his ever-eclectic tastes and collaborations.

He approaches nearly every aspect of his life in much the same way. Talking via Skype from his studio, Tacuma appeared in a boldly colored red cap matched to his scarf and the octagonal lenses of his large shades (not to mention, by accident or design, the red leather chair on which he sat). Fashion has been an obsession since his early days seeing the immaculately dressed Temptations and James Brown on the stage of the Uptown Theater, Philly’s answer to the Apollo. Whenever he travels, Tacuma brings along an empty suitcase to fill with unique finds from flea markets and consignment shops around the world, which he uses for his own wardrobe and to make over fellow musicians through his appointment-only fashion studio, the Redd Carpet Room. “The whole idea of DIY was always appealing to me,” Tacuma said. “It was always appealing to Ornette. It was always appealing to any creative person who wanted to do their own thing.”

Speaking of his former employer and mentor-Tacuma spent over a decade in Coleman’s groundbreaking electric band, Prime Time-Jam-All will soon be re-releasing Tacuma’s 2010 album For the Love of Ornette, featuring the icon himself. Reflecting on Coleman’s recent passing, Tacuma said, “He made it look so easy. All of us that knew him found out that he didn’t have it easy, but he made it look easy. That was fuel for me to continue on this journey, being an individual doing what I want to do, having that independence to try to create music that I think people want to hear.”

Tacuma has several recordings in the pipeline: DNA Galleria, a studio-concocted multi-artist jam session; a collaboration with members of the Last Poets; duo dates with guitarists Mary Halvorson and Roberto Cervi; a multidisciplinary project assembled during a residency at Italy’s Civitella Ranieri Foundation. At the same time, Tacuma continues to work sporadically with the Marc Ribot-led Young Philadelphians as well as the Free Form Funky Freqs, his collective trio with guitarist Vernon Reid and lifelong rhythm section partner G. Calvin Weston on drums. He’s made near-monthly treks to Europe for 40 years, maintaining a home base in Philly. He showed his appreciation for his hometown scene by founding the Outsiders Improvised & Creative Music Festival in 2015, with plans for a second annual event in April. But his primary reason for remaining in the city is to keep close ties with his family-including his 10 children, ages ranging from 12 to 35.

Being a father figure to young musicians-like Faulkner, who first played with Tacuma at the age of 13-is crucially important to Tacuma. “I have to reach out to these younger guys so they don’t get connected to this cookie-cutter concept of music,” he insisted. “These guys need to know about just getting in a room and playing. When they do that, they’re freer and healthier. My challenge is to get with them before they get tainted.”

One such player is saxophonist James Brandon Lewis, who recently enlisted Tacuma for his jazz-meets-hip-hop sophomore release, Days of FreeMan (OKeh). “Mr. Tacuma plays with such ease and patience,” Lewis described, “but with intent and of course funk and groove. I walked away with lots of life lessons: patience, allowing the music to speak and give you the answers to where it should go. The most important thing I remember him saying is ‘Be you!'”

Guitarist Will Bernard bears the bittersweet blessing of virtuosic skill and eclectic taste, making his music a perpetual delight and yet hard to categorize. Maybe … END_OF_DOCUMENT_TOKEN_TO_BE_REPLACED

At 95, Chicago-based guitarist George Freeman is among the world’s oldest active jazz musicians. Although he came of musical age in the 1940s and counts … END_OF_DOCUMENT_TOKEN_TO_BE_REPLACED

When you’re on TV, everybody knows you, or at least thinks they know you. Take Kevin Eubanks, who was on NBC’s Tonight Show five nights … END_OF_DOCUMENT_TOKEN_TO_BE_REPLACED