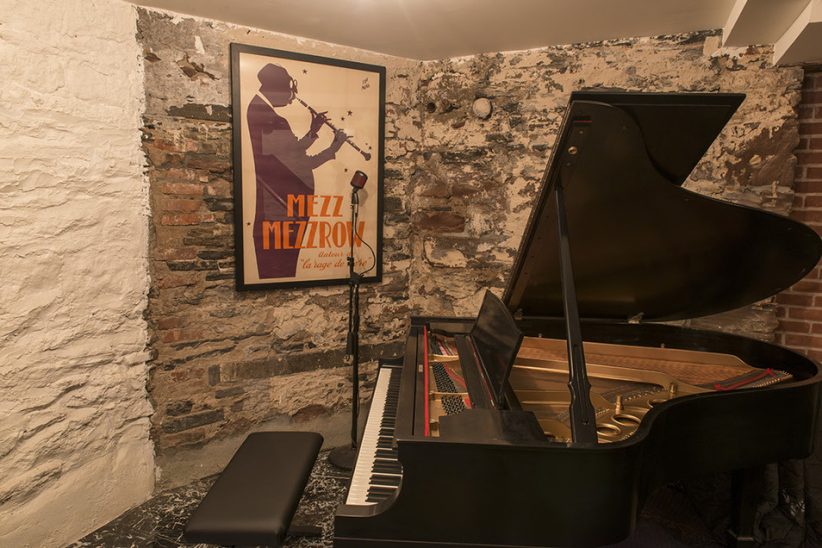 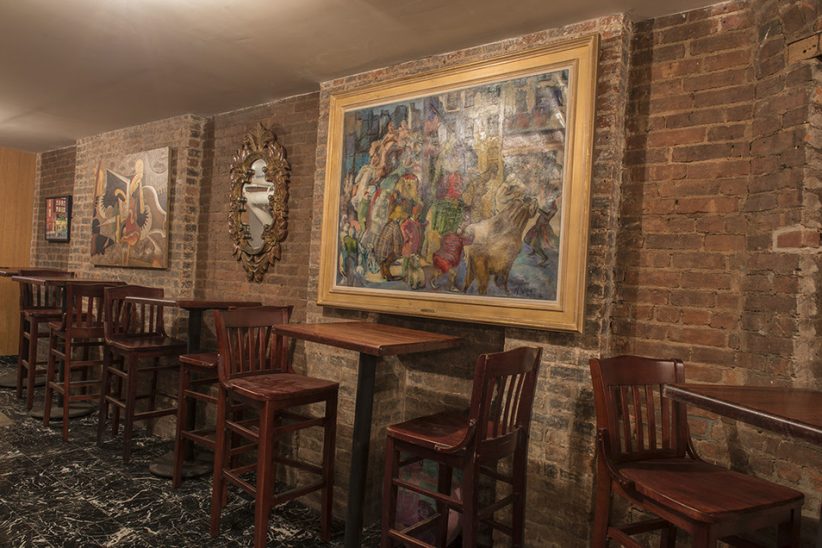 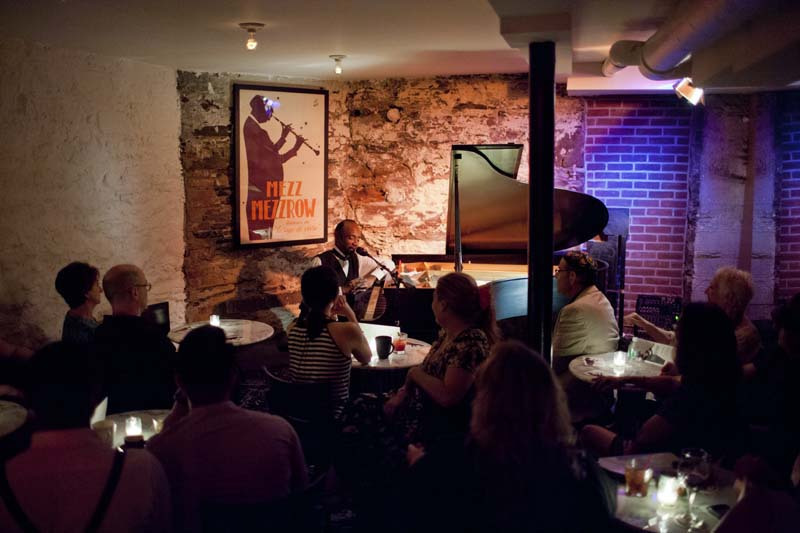 Mezzrow, the New York jazz club and lounge that opened on Sept. 3, is all about the power of two. The cozy West Village venue was founded by Mitch Borden and pianist Spike Wilner, the two men at the helm of Smalls Jazz Club. The spot will host many piano-and-bass duos (plus solo piano, solo guitar, guitar duos and other intimate configurations). And with its opening, Mezzrow enters into its own duet with the city of New York, a town with a grip of jazz venues but none like Borden and Wilner’s new space. Mezzrow is a room with a place.

In comparison with the 20-year-old Smalls, Mezzrow will have a mellow vibe. As Wilner points out in a recent e-mail newsletter, for instance, Mezzrow is not a till-the-break-of-dawn experience. Where some Saturday-night Smalls sets begin at 1:30 a.m., Mezzrow’s final performance on Fridays and Saturdays will conclude at that time.

“Instead of trying to recreate Smalls, our idea was to create another room in New York City that’s kind of gone extinct, which is called the jazz piano room. You have a more relaxed environment, just kind of chilled, upscale-not snooty but adult,” Wilner explains outside Mezzrow. (Conversations about Mezzrow have often compared it to one specific piano-centric jazz club in New York, Bradley’s, which closed in 1996.) “People can come in [off the street], and then the shows are all topflight jazz pianists playing with great bass players. So it’s a true jazz room, but a little more relaxed. It’s been a very nice environment down there.”

The club lives below a quiet stretch of West 10th Street, underneath a cookbook store and across the street from a parking garage. It’s right by Smalls, Fat Cat and the 55 Bar, and not far from the Blue Note and the Village Vanguard. Inside, it’s long and skinny, with a bar in the middle and the “music room,” which fits 30 table-seated listeners, in the back. (At the evening sets, cover charge for the tables is $20 and $10 for the lounge/bar area.) In the space allotted for the players, there is a Steinway and room for an upright bass-that’s it. There is exposed brick, marble floors and the subway rumbling underneath; it’s very New York. On opening night, the pianist and singer Johnny O’Neal is there with bassist Hassan Shakur, and the second set, which includes a sit-in from Wilner and ends just before midnight, is engaging and playful. O’Neal wears a tuxedo with no jacket; the audience is vocal and enthusiastic.

“It felt really good playing here tonight,” O’Neal says after the second set. “I felt like it wasn’t opening night. I felt like we’d already been here with the audience. It felt like the venue had been here; it didn’t seem like a grand opening to me. I was totally in awe. Comfortable. The audience made me feel so accepted and in love.”

Mezzrow is named, of course, for the clarinetist Mezz Mezzrow, who played with a number of stars (Lionel Hampton, Eddie Condon) and famously sold pot. But Mezz Mezzrow was also an author. “Mezz Mezzrow wrote an autobiography called Really the Blues, which is the best jazz book, in my opinion,” explains Wilner. “And it really talks about the jazz life, which involves these speakeasies, basement spaces where people played music, [places where the] spirit of the music and the spirit of racial equality unified people through a joyful feeling.

“People have asked me this question over and over again: ‘Why?,'” he continues. “I don’t have a specific answer, except that it’s kind of a symbol.”

Borden cites Really the Blues, too, but he also nods to the sheer power of Mezz Mezzrow’s name. “It was like when you name your kids,” he says. “You look through all the names and one name just stands out: ‘Oh, my gosh! This is the name! It can’t be any other name!’ It was sorta like that with Mezz Mezzrow. We thought of all these names and that one just sticks out so strong.”

When you’re on TV, everybody knows you, or at least thinks they know you. Take Kevin Eubanks, who was on NBC’s Tonight Show five nights … END_OF_DOCUMENT_TOKEN_TO_BE_REPLACED

Jimmy Katz leads many lives. He is the preeminent currently active jazz photographer, and has shot more than 200 magazine covers and over 600 recording … END_OF_DOCUMENT_TOKEN_TO_BE_REPLACED

Take a look at Blue Note Records’ release schedule for 2022 and it’s hard to miss the significant percentage of electronic-oriented music. In March, the … END_OF_DOCUMENT_TOKEN_TO_BE_REPLACED