Skip to content
Become a member and get exclusive access to articles, live sessions and more!
Start Your Free Trial
Home > Features > “How Can It Ever Be the Same?”: On Ralph J. Gleason 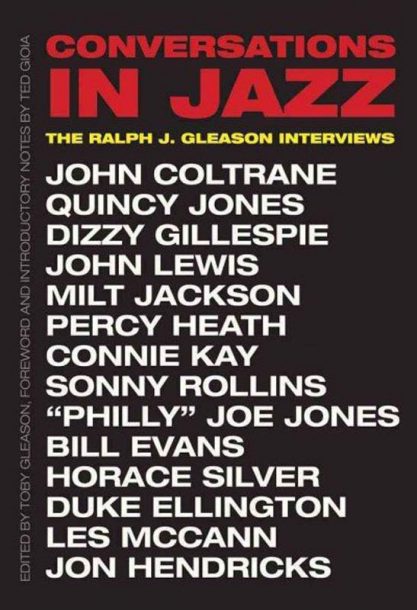 When Louis Armstrong died, in the summer of 1971, one of his most pointed and perceptive tributes appeared in what might now seem an unlikely place: the pages of Rolling Stone. Plainly titled “God Bless Louis Armstrong,” this piece was the work of veteran Bay Area jazz critic Ralph J. Gleason, who had recently cofounded the magazine with Jann Wenner. Part personal reminiscence, part critical appraisal, it opens with a startling analogy-to The Fire Next Time, James Baldwin’s searing book about racial alienation and oppression in America. The point is implicit but potently clear: Armstrong, the grinning entertainer known around the world for his folksy insouciance, was nobody’s fool, and never had been.

Gleason goes on to litigate this argument with graceful clarity, weaving together biographical detail and many of Armstrong’s own words. There are some small concessions to the time or the target readership (“Louis has always been one of the mythological heroes of the grass culture,” Gleason notes), but at no point does the writing start to feel diluted or dumbed-down. The piece is a tour de force, ringing clearly with the personalities of both its subject and its author. In some ways it feels an even more impressive accomplishment now than it must have seemed then, though it won the ASCAP Deems Taylor Award.

But “God Bless Louis Armstrong” is just one passing highlight in Gleason’s public career, which included a distinguished tenure as jazz and pop critic at the San Francisco Chronicle; a substantial stretch as associate editor and writer with DownBeat magazine; and a landmark public television series, Jazz Casual, now available on DVD. He was a cofounder not only of Rolling Stone but also the Monterey Jazz Festival, and in his earlier years he started what might have been the first jazz periodical, Jazz Information, in 1939.

No one would ever suggest that Gleason has been an overlooked figure in music writing-his name still appears on the Rolling Stone masthead, more than 40 years after his death at 58-but there may soon be a clearer understanding of his contribution to the cultural dialogue. If that happens, it’ll have something to do with two important new collections on Yale University Press: Music in the Air: The Selected Writings of Ralph J. Gleason, and Conversations in Jazz: The Ralph J. Gleason Interviews. Both books were edited by Toby Gleason, the writer’s son, and both make for absorbing and instructive reading, in quite different ways.

Music in the Air gathers some of Gleason’s most vibrant writing, including the Armstrong appreciation, a similar salute to Duke Ellington and various other short pieces about jazz, folk, comedy and rock ‘n’ roll. Gleason was, famously and to his everlasting credit, an open-minded witness to the ’60s counterculture, one of the few notable critics of the era to bring a nonjudgmental acuity to his coverage of, say, Bob Dylan, Simon and Garfunkel and the underground comic Lenny Bruce. Some of that appears in this volume, as do his Grammy-winning free-associative liner notes for Miles Davis’ Bitches Brew-“listen to this. how can it ever be the same?”-and some lucid railing against the presidential administration of Richard M. Nixon.

Conversations in Jazz captures Gleason in looser but no less penetrating form: talking one-on-one with prominent jazz musicians in the living room of his Craftsman home in Berkeley, between 1959 and 1961. Most of the 14 interviews in this book are terrifically illuminating, suggesting a companion volume to Art Taylor’s classic Notes and Tones: Musician-to-Musician Interviews. Gleason was a white critic rather than an African-American musician, which obviously yielded a different dynamic. But he had the trust and respect of his interview subjects, eliciting a lot of straight talk and confiding asides.

A conversation with John Coltrane in 1961 catches the saxophonist at an unguarded and self-reflective moment, questioning his own methods while coming to terms with public acclaim. Bill Evans speaks with articulate candor in 1960, expressing admiration for Ornette Coleman and a wary sort of awe for Thelonious Monk. Sonny Rollins, caught in ’59, months before his first sabbatical, talks about the challenge of maintaining focus during an improvisation. Quincy Jones, in the process of putting together his big band, talks in ’59 about the European market for jazz, and the balancing act between commerce and art.

It’s a stroke of good fortune that these interviews took place at such a charged historical moment for jazz, and in some ways the book doubles as a time capsule. (Ted Gioia’s capsule intros for each conversation are thoughtful, accessible and succinct.) Three of the interviews-with pianist John Lewis, bassist Percy Heath and drummer Connie Kay, all members of the Modern Jazz Quartet-took place on the same March day in 1960. At one point Lewis reflects on the dignified style of the group, contrasting it with the frolicsome air of Armstrong’s band.

“I don’t go in for that, which is, I think, phony and false,” Lewis says. “He’s all happy and jumping around and all that, but he doesn’t mean that at all, that’s just for the benefit of those people sitting out there in the audience so it’s false.” Gleason obviously had his own thoughts on this matter, but he doesn’t interrupt, letting the conversation flow. There’s a time and a place for argument, as he knew perfectly well, and as these two collections so neatly prove.

When you’re on TV, everybody knows you, or at least thinks they know you. Take Kevin Eubanks, who was on NBC’s Tonight Show five nights … END_OF_DOCUMENT_TOKEN_TO_BE_REPLACED

Jimmy Katz leads many lives. He is the preeminent currently active jazz photographer, and has shot more than 200 magazine covers and over 600 recording … END_OF_DOCUMENT_TOKEN_TO_BE_REPLACED

Take a look at Blue Note Records’ release schedule for 2022 and it’s hard to miss the significant percentage of electronic-oriented music. In March, the … END_OF_DOCUMENT_TOKEN_TO_BE_REPLACED

Those who are only familiar with bassist Martin Wind’s jazz credentials—both as a leader and as a first-call sideman for Bill Mays, Dena DeRose, Ken … END_OF_DOCUMENT_TOKEN_TO_BE_REPLACED