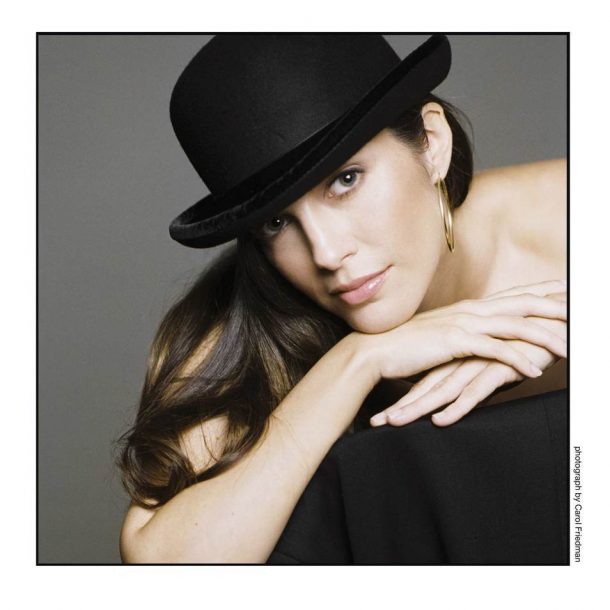 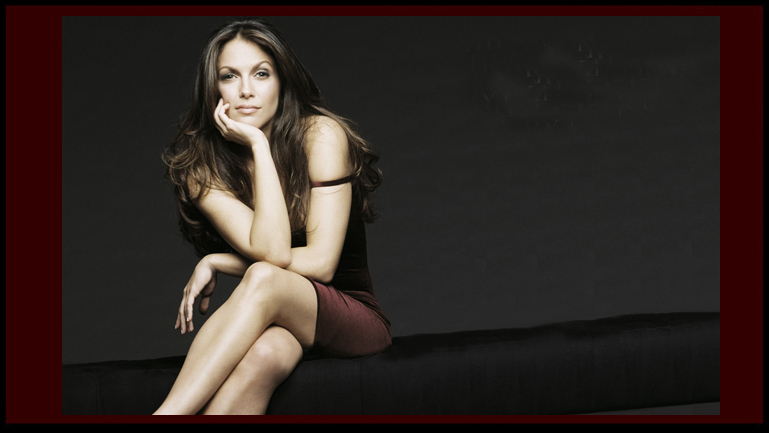 “It’s like when you play tennis and you’re paired with someone who is better than you, all of a sudden your game gets really good.” That’s how vocalist Hilary Kole describes her latest album, You Are There (Justin Time), a labor of love shaped of duets with 11 masterful jazz pianists: Monty Alexander, Kenny Barron, Dave Brubeck, Alan Broadbent, Freddy Cole, Benny Green, Hank Jones, Steve Kuhn, Michel Legrand, Mike Renzi and Cedar Walton.

The project was ignited by another piano colossus when, back in August 2006, Oscar Peterson made what would turn out to be his final New York City appearance, at Birdland. “I didn’t really meet Oscar as musician-to-musician,” explains Kole, “[Birdland owner] Gianni Valenti, who is the producer of You Are There, asked me to help out with Oscar between sets. Oscar sort of took me under his wing, and one night he invited me to sing with him. He wasn’t exactly happy with how the band was playing while I was singing, so when we got off the stage he said, ‘I owe you one,’ and Gianni took the opportunity to say, ‘Why don’t you record with her?’

“So the next day he showed up at Nola Studios on 57th Street and we recorded four tracks. I hadn’t brought any music with me, because I thought, ‘How do you bring charts to Oscar Peterson?’ He asked me what I wanted to sing, and I couldn’t think of a thing! We ended up doing four beautiful standards. That was the genesis of this record, but we decided not to include any of the Oscar tracks on the album. We wanted, especially after he passed, to keep them separate and include them on something special in the future.

“Oscar was the through-line for me on this project,” Kole says. “He was the one who said I should get Benny Green and Monty Alexander, and Monty actually played for me at Oscar’s memorial tribute in Toronto.”

In the beginning, Kole didn’t necessarily have an album in mind. “It was,” she says, “really just about finding opportunities for me to play with these guys. Then, all of a sudden, we had Hank and Kenny Barron and Cedar Walton, and I said, ‘We have a record here!’ It all happened so organically.

“I wanted that old-school jazz approach where there are no rehearsals,” she continues. “I had worked with Michel Legrand before and also Alan Broadbent and Mike Renzi, but the others I’d never worked with, so I didn’t want them bogged down with charts that wouldn’t let them do their thing. We simply chose standards they knew and liked. A lot of them weren’t even in my repertoire. Like with Cedar Walton, I asked him, ‘What’s one of your favorite ballads that you never recorded?’ and he said, ‘Every Time We Say Goodbye.’ I wanted to do a real jazz standard with Benny Green, so we picked ‘Softly, As in a Morning Sunrise.’ It was a challenge for me, and I like that.”

Green admits that, “Prior to walking into the studio in New York, I’d never heard Hilary sing.” But any trepidation the pianist felt quickly disappeared. “She made me feel right at home,” he says. “I felt completely at ease, as if I’d known her and played and rehearsed with her for a very long time. We did two takes, and I think it was our first take that ended up on the album. It was a breeze, and I walked out of there amazed at how comfortably everything had gone down, given that I didn’t have any history with her. I think she sings great. She sounds very assured, sings with authority and really relates to the lyric. Her authenticity is refreshing.”

The 11 sessions, spanning 21 months, were, says Kole, filled with remarkable moments. Particularly memorable was an unexpected encounter between Jones and Legrand at Nola. “Michel is French, and is always late, and Hank Jones is always early,” she says. “So Hank walks in and Michel and I aren’t finished. All of a sudden, they see each other and are hugging, and then they’re in the studio playing four-hand and showing each other their exercises. And we’re sitting in the control room weeping because it is all so amazing.”

Though the album is rich with masterfully distinctive touches-the haunted jaggedness, bordering on madness, with which Barron impels “Lush Life”; the way Kuhn captures the chill beneath “Two for the Road” with what seems a flurry of falling autumn leaves; Alexander’s subtle rendering of barroom bleariness behind “All the Way”-it is the album’s cohesiveness, its sense of oneness despite so many stars, that is most impressive.

Ultimately, says Kole, her goal was “to capture that really intimate feeling between two performers, because pianists play differently when there is a singer involved. These guys gave their personality but also accommodated me so well. As amazing as they all are, when it came down to it, in every instance, it was always about the song. It was never about their egos.”

Green reverses the compliment. “Getting the most out of whomever she’s playing with is the sign of a good leader,” he says. “That’s something I’ve always noticed in recordings led by the great leaders; they get a little more out of their sidemen, sometimes a lot more, than what you would perhaps hear from those sidemen in another context. So if she got all of our attention and focus, that’s good magic.”

Guitarist Will Bernard bears the bittersweet blessing of virtuosic skill and eclectic taste, making his music a perpetual delight and yet hard to categorize. Maybe … END_OF_DOCUMENT_TOKEN_TO_BE_REPLACED

At 95, Chicago-based guitarist George Freeman is among the world’s oldest active jazz musicians. Although he came of musical age in the 1940s and counts … END_OF_DOCUMENT_TOKEN_TO_BE_REPLACED

When you’re on TV, everybody knows you, or at least thinks they know you. Take Kevin Eubanks, who was on NBC’s Tonight Show five nights … END_OF_DOCUMENT_TOKEN_TO_BE_REPLACED