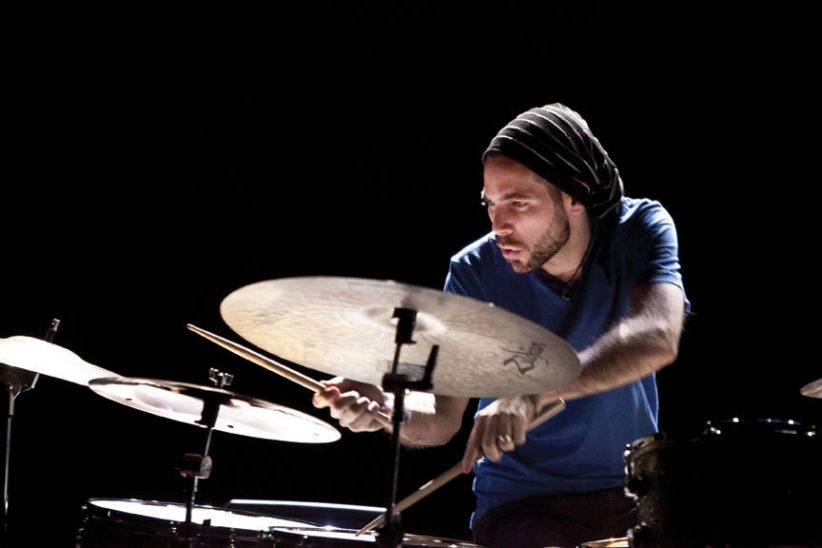 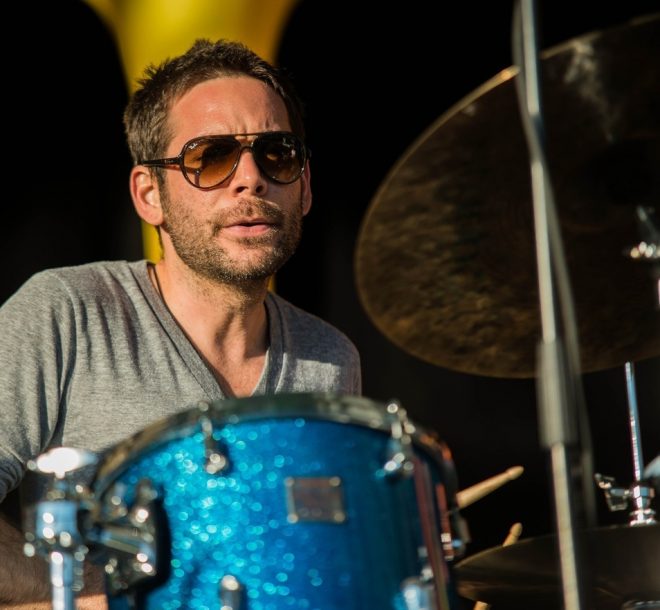 Miles Davis’ prediction that Afrobeat would be “one of the musics of the future” was a prescient one. Captivated by Nigerian provocateur Fela Kuti, Davis saw something in the brash mix of jazz, Yoruba and funk that in recent years has inspired a bumper crop of Afrobeat groups to take the posthumous Broadway icon’s towering legacy and combine it with their own cultural traditions. Puerto Rican drummer Henry Cole is one of the latest and brightest, bringing the folkloric bomba and plena styles of his homeland and the swagger of Latin hip-hop to his debut with his Afrobeat Collective, the self-released Roots Before Branches.

Rising up out of the close-knit community of jazz musicians in San Juan, Cole found an early supporter in Miguel Zenón, who appears on the album. “Henry is probably one of the most committed musicians I’ve ever met,” Zenón says. After the two became acquainted in the late ’90s, Cole began making frequent trips to New York City, staying at Zenón’s apartment. “We’ve been playing together for so long that I feel we hear a lot of things the same way, which makes making music with him almost like second nature.”

Cole’s effervescence carries over to the album. On the opening track, “Aurea V.,” tenor saxophonist David Sánchez and guitarist Roy Guzman wail over a beat laid down by veteran percussionist Alberto “Beto” Torrens on the barril, a traditional bomba drum made from rum barrels. This energy builds on “Trabajala,” which places Zenón opposite Latin spoken-word artist Hermes Ayala, who supplies a political edge. On “Año 2010,” Ayala waxes poetic, Neruda-style, trading with Carrión Jr., taking a cue from Pepper Adams. “No Eres Tu, Soy Yo” revolves around a danceable horn riff by turns hypnotic and explosive-a duality that is one of the hallmarks of Afrobeat.

The pieces fell into place when Cole heard Fela’s 1971 collaboration with Cream/Blind Faith drummer Ginger Baker, Live! “When I heard Fela’s music, it really resonated,” Cole says. “He had Charlie Parker for the jazz, Chano Pozo, the big bands and then the Yoruba. It’s exactly what I felt I was looking for, because I grew up doing just that.”

Cole grew up in coastal Mayagüez, exposed early on to the rhythm of the barril. He was the only drummer in his high school and the only person to pursue a career in music. He moved to San Juan to attend the Conservatorio de Música de Puerto Rico, later transferring to Berklee and the Manhattan School of Music, where he discovered Kenny Clarke and Tony Williams. It all comes back to folklore, though. “The music that comes out of folklore, it has a meaning, a social content, a story. It’s not just music created by a school or something,” Cole says. “Jazz is folkloric music from America, classical music is folkloric music from Europe, bomba y plena is from Puerto Rico. When you hear Don Cherry or you hear Ornette, there’s still some folklore, even if they’re playing free.”

Cole’s eclectic approach made it hard to carve out a niche for himself in New York. “The Latin guys didn’t see me as a Latin player because I was too jazzy, but then the jazz guys always saw me as a Latin player,” he says. As his sensibility evolved, Cole found himself relying more on his jazz bona fides. “In the end, I realized that I wasn’t going to be Jack DeJohnette, so to me the jazz was a tool to help me find whoever I was going to be, which was a mixture of things.”

Guitarist Will Bernard bears the bittersweet blessing of virtuosic skill and eclectic taste, making his music a perpetual delight and yet hard to categorize. Maybe … END_OF_DOCUMENT_TOKEN_TO_BE_REPLACED

At 95, Chicago-based guitarist George Freeman is among the world’s oldest active jazz musicians. Although he came of musical age in the 1940s and counts … END_OF_DOCUMENT_TOKEN_TO_BE_REPLACED

When you’re on TV, everybody knows you, or at least thinks they know you. Take Kevin Eubanks, who was on NBC’s Tonight Show five nights … END_OF_DOCUMENT_TOKEN_TO_BE_REPLACED