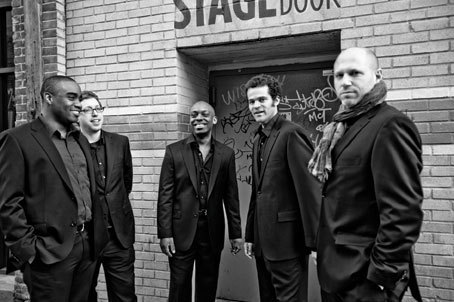 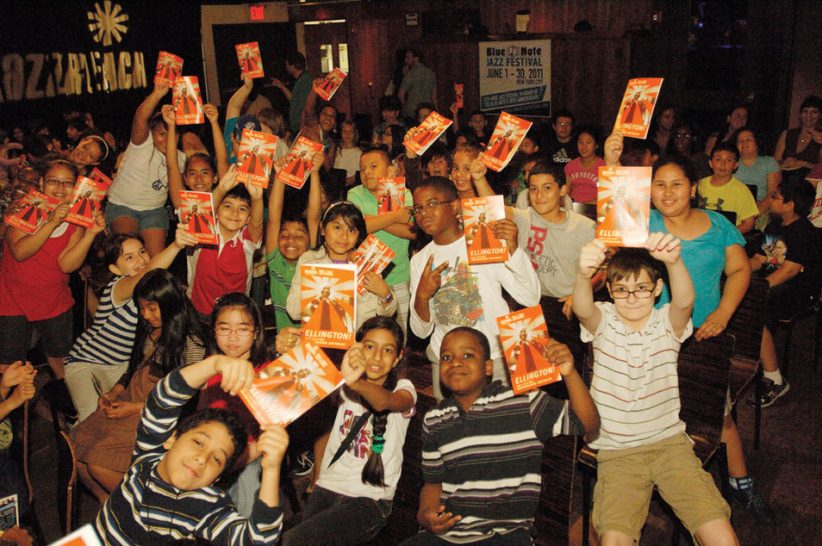 As the resident ensemble of New York-based nonprofit JazzReach, Metta Quintet goes into schools and venues around the country to educate students on the lives and work of Duke Ellington, Miles Davis, Charlie Parker, Thelonious Monk and other greats. JazzReach founder, artistic director and Metta Quintet drummer Hans Schuman figures that more than 255,000 students have been introduced to the music and its most fabled practitioners through his programs over the past 17 years. He compares his ongoing mission to that of a nutritionist teaching teenagers the value of good eating habits. “It’s the same thing with us,” explains Schuman, 44. “We’re just trying to cultivate a certain awareness of what’s possible within the realm of human artistic expression. If all you have access to is Justin Bieber and Lady Gaga, that’s a limited perspective.”

The current edition of Metta Quintet, also featuring Marcus Strickland on tenor sax, Greg Ward on alto sax, David Bryant on piano and Joshua Ginsburg on bass, is currently on a tour that has taken them from Tahoe, Calif., to Greenville, S.C., to Dubuque, Iowa, and various far-flung communities in between. Along with playing concerts in support of their new album, Big Drum/Small World, they also present educational programs written by Schuman that address various themes connected with jazz. “What I tend to do is just put myself into the head of the age group that I’m trying to target and write a script that’s comprehensible but at the same time entertaining,” explains the Michigan native. “We don’t want to entertain them at the expense of not informing them, so we try to strike a balance.”

One JazzReach program targeted to high school students is “Stolen Moments: The First 100 Years of Jazz,” which illuminates the way in which larger cultural events and ideas affected the music. “It explains how the civil rights movement impacted the art form, how rock music from the ’60s influenced the music and these kinds of things,” says Schuman. “Hangin’ With the Giants” combines live performance with animation sequences of jazz legends in a late-night talk show setting. “The objective is to bring the names, faces and music of some of these great masters into the consciousness of these kids, just so they have a point of reference,” Schuman says. There is also the multimedia program “Ellington!,” commissioned by the Ferst Center for the Arts in Atlanta, as well as “Miles and the Blue Flame Incident,” commissioned by Jazz St. Louis, which expounds on a theme of inspiration using a telling anecdote from Miles Davis’ autobiography.

And behind these initiatives is a very serious jazz band with an affinity for conceptual projects. Metta Quintet’s third recording is Big Drum/Small World, which follows 2002’s Going to Meet the Man and 2006’s Subway Songs. Big Drum, which is also a multimedia presentation, explores the globalization of jazz through commissioned works by five composers from five different backgrounds. Says Schuman, “The art form continues to reflect the dynamism of our culture, insofar that it’s getting more and more difficult to define what jazz sounds like. There are so many nuances now. Some people who are more purist about it don’t embrace it as much. But I think it’s really incredible what’s happening in jazz now, and I wanted that reflected in this recording.”

“Considering the global nature of our world today, this is a valuable endeavor,” says Indian-American alto saxophonist Rudresh Mahanthappa, whose composition “Crabcakes,” included on the new CD, melds South Indian elements with jazz improvisation. “Big Drum/Small World specifically highlights compositions from a hybrid perspective, in that the featured work represents American jazz through the lens of immigrant and first-generation experiences. I had a compositional framework in mind for my piece that involved a few specific rhythmic and melodic elements of Carnatic music. Considering Hans’ goal in featuring jazz as a multicultural and international art form, this seemed only apropos.”

Alto saxophonist Miguel Zenón, who brings his Puerto Rican roots to the bomba-fueled “Sica,” says he feels a kinship with the cause behind JazzReach and Metta Quintet. “I believe that we can develop a larger audience for this music by exposing more people to it, by bringing this music directly to the people, eliminating any preconceptions they might have about what this music should be or who it should be for. This gives the audience the chance to decide for themselves if this is for them or not.”

Adds Mahanthappa, “It’s so important for jazz in its present form to be communicated to fledgling audiences by a young generation of players. This is the only way that jazz can remain relevant to contemporary culture.”

Other composers who contributed commissioned works to the project include Israeli bassist Omer Avital, who conjures a Middle Eastern vibe on his grooving “Ba’Karem,” and Cuban saxophonist Yosvany Terry, who injects a subtle clave feel into “Summer Relief.”

Almost two decades after launching JazzReach, Schuman’s methods may be more sophisticated-he no longer carries a slide carousel along on tours-but he hasn’t lost his missionary-like zeal for spreading the word. And he’s gratified that the jazz community at large has embraced his mission. “People like John Scofield, Jack DeJohnette, Joe Lovano, Bill Frisell, Brad Mehldau, Christian McBride and Brian Blade have headlined benefit concerts for us,” he boasts. “Steven Bensusan from the Blue Note has donated stages for our educational programs. Obviously, that’s all been very meaningful to us, and affirming.”

When you’re on TV, everybody knows you, or at least thinks they know you. Take Kevin Eubanks, who was on NBC’s Tonight Show five nights … END_OF_DOCUMENT_TOKEN_TO_BE_REPLACED

Jimmy Katz leads many lives. He is the preeminent currently active jazz photographer, and has shot more than 200 magazine covers and over 600 recording … END_OF_DOCUMENT_TOKEN_TO_BE_REPLACED

Take a look at Blue Note Records’ release schedule for 2022 and it’s hard to miss the significant percentage of electronic-oriented music. In March, the … END_OF_DOCUMENT_TOKEN_TO_BE_REPLACED