Skip to content
Become a member and get exclusive access to articles, live sessions and more!
Start Your Free Trial
Home > Features > Guillermo Klein: Each Song, Its Own World 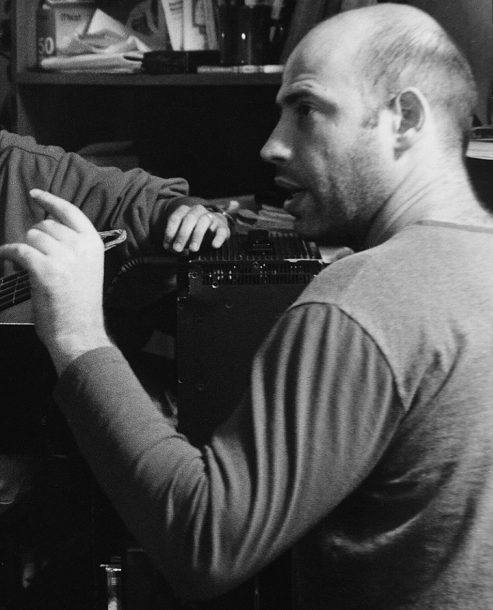 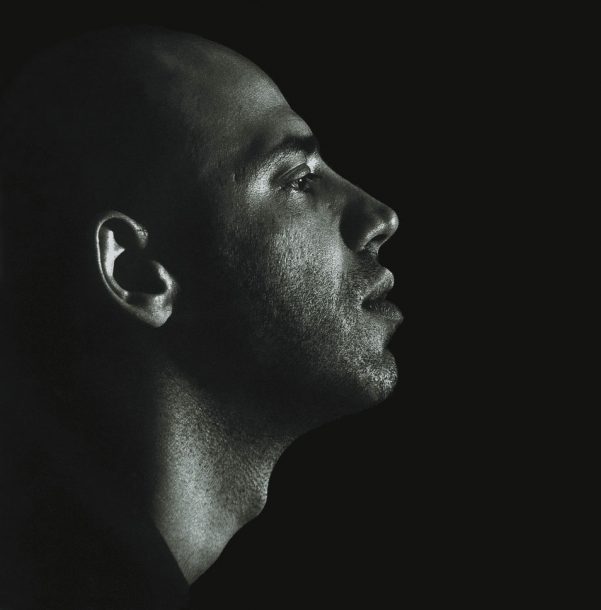 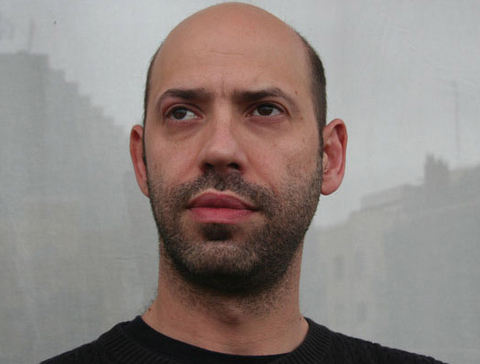 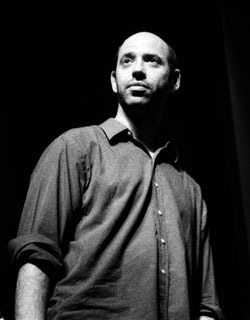 On a cold late winter afternoon, sitting at a table in an enclosed patio in his Buenos Aires home, Argentine pianist, composer and bandleader Guillermo Klein takes another drag of his cigarette as he considers a question from his visitor. In his responses, like in his music, there seems to be no rote formulas, no practiced licks, no stunt runs. As in his music, he seems to take each opportunity to start from scratch, consider his options and compose his answers as much for himself as for whoever is listening.

“From jazz I took concepts,” he says calmly, in his gravelly voice. “In jazz you can say, ‘Let’s play on this scale,’ or, ‘Let’s play free here.’ Conceptual things. But harmonically, it didn’t add anything [to my music]. I went to Berklee, but except [for the writing of] Duke or Wayne [Shorter], zero,” he says. “I had already transcribed [Argentine rocker Luis Alberto] Spinetta’s ‘Starosta el Idiota,’ or Charly [Garcia]’s ‘No Soy Un Extraño.’ I had studied Bach and Chopin already.” He lets his voice trail off as he shrugs.

“And rhythmically, I remember the [student] ensembles at school,” he says. “The drummers playing four beats to the bar-I had to fight that. I remember the first arrangement I did for a big band was of ‘Nefertiti,’ and it went along in a sort of swing, but at the end it turned into a zamba [a traditional Argentine folk rhythm]. That swing feel is for someone who grew up with it. What can I do with that? I have a different rhythmic feel. I am very ambitious musically. In other aspects in my life I am not ambitious, but in music, I want to find my harmonies, my melodies, my grooves. Then the sky is the limit.”

Perhaps the richest trend in jazz in recent years has been the emergence of a global music that blends some of the tools, vocabulary and practices of jazz with homegrown styles from around the world. The idiosyncratic Klein is one of its leading figures.

His most recent work, Domador de Huellas (Sunnyside), is a daring, imaginative reflection on the music of Argentine folklorist and composer Gustavo “Cuchi” Leguizamón. As such, it also offers insights into Klein’s approach and the prospects for jazz as a musical lingua franca.

Domador de Huellas began as a 2008 commission by the Buenos Aires Jazz Festival. “What you want in this type of commission is someone who could bring a fresh, original point of view to the work. We knew we would get that with Guillermo,” says fellow Argentine pianist and composer Adrian Iaies, the festival’s artistic director. “And we also wanted to recognize a very talented musician who had not received [in Argentina] all the credit he deserves. To my mind, Guillermo is part of a lineage of great Argentine musicians-not the Astor [Piazzolla] branch, but rather Dino Saluzzi’s.”

Born in Argentina in 1970 and educated in jazz at Berklee in Boston, Klein worked at his craft in New York City, most notably at clubs such as Smalls and Jazz Standard, before moving to Barcelona in 2002. He had a tough going there, but found work teaching at the Centro Superior de Música del País Vasco (The Higher School of Music of the Basque Country) in San Sebastián. Last year, he settled back in Buenos Aires with his American wife and their two children.

His music draws from sources as disparate as Argentine traditional folk music and rock, but also minimalism; Bach, Stravinsky and Steve Reich, as well as Ellington and New Tango master Piazzolla. His instrument of choice is the large ensemble and with it he favors a tart, bold, strikingly original sound. Being so young and doing something so singular left Klein at a loss for mentors, but he speaks fondly about the late trumpeter and educator Herb Pomeroy. “He was the only one [at school] who actually embraced me and what I was trying to do,” says Klein. “I might have missed all my classes, but I didn’t miss one of his rehearsals.”

Klein says he doesn’t write for specific instruments but, rather, for particular players, some of whom are by now longtime collaborators. He also dismisses the idea of genre and style. “Each song is its own world,” he says. “Each tune calls for its own particular thing, and once you finish that song, that world is done with and you move on.”

When offered the commission, Klein didn’t recognize Leguizamón’s name at first. Then he realized that many of the folk songs he loved-some of which he had transcribed and played-were by Leguizamón, and he began his research in earnest. A much-recorded composer, Leguizamón had few recordings of his own, most notably a couple of live albums from performances in Argentina in 1983, and in Germany in 1991. In them, Leguizamón reveals himself not only as a crafty pianist but also a charming and sly storyteller. “His music was so sophisticated and it was folkloric music, the voice of the people,” says Klein. “That’s why some of us mention it along with Duke’s or Monk’s. It’s so well-balanced harmonically, melodically and rhythmically-and that’s something so hard to achieve.

“And [as a pianist], Cuchi plays with great intention, rather than a beat,” he continues. “He suggests the pulse. I was working on something similar, so I started transcribing that, and, as I did, I became interested in his storytelling. It wasn’t so much what he was saying but how he was saying it: the leaps, the melodic shapes of the phrases, the accents in unexpected places. So I started to transcribe that too, as melodies, and for fun I started to put chords to it.” As he listened and transcribed, “my own bacteria got in the music,” says Klein.

All but one of the 14 pieces on Domador de Huellas are by Leguizamón; Klein wrote the title track. His arrangements, closer to re-compositions, are neither jazzified updates nor folk nostalgia, and they don’t condescend the material. In fact, the music never sounds freighted down by reverence for either Leguizamón or tradition, be it folk or jazz. “Oh, no, I didn’t think, ‘This is how Cuchi would do it,'” says Klein. “I just took it all in, with love and respect, and this is what came out.”

The result is a music in which the door swings both ways, opening possibilities to both traditions. Somewhere, el Cuchi, and Duke, must be pleased.

The title of trombonist/composer Kalia Vandever’s second release, Regrowth (New Amsterdam), follows logically from the botanical metaphor of her 2019 debut, In Bloom. The new … END_OF_DOCUMENT_TOKEN_TO_BE_REPLACED

If we’re going out on a limb and calling the music that trombonist, vocalist, and songwriter Natalie Cressman makes—as soloist, as side-and-session person, in a duet … END_OF_DOCUMENT_TOKEN_TO_BE_REPLACED

When Jennifer Hartswick checked into a temporarily shuttered bed and breakfast in the winter of 2021, relaxing and writing were both on the agenda. Spending … END_OF_DOCUMENT_TOKEN_TO_BE_REPLACED 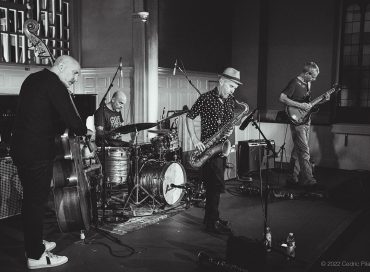