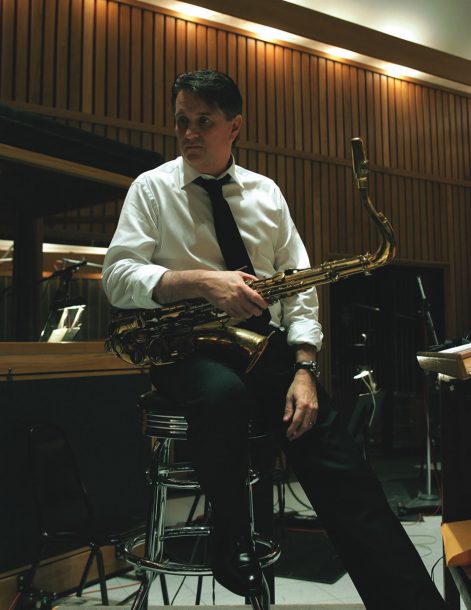 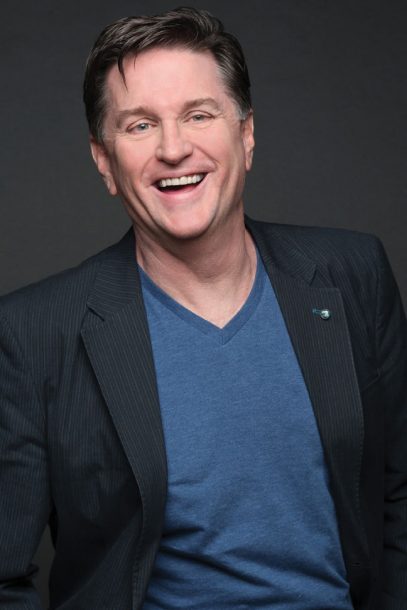 For most big bands, the feel and the concept come easier than the performance. Precision, managing to make umpteen players work together as a cohesive unit-that all comes later. For Gordon Goodwin’s Big Phat Band, the process worked in exactly the opposite direction. Consisting of seasoned L.A. session musicians, virtuosity has never been an issue for Goodwin’s ensemble.

“I think that we’ve finally gotten to the point where we aren’t just 18 guys playing the notes flawlessly,” says Goodwin, whose responsibilities in the band include composing, arranging, playing keyboards and sometimes blowing tenor and soprano sax. “We always were that. These guys are studio musicians, so they’re going to play all the right notes, in tune, tight, the first time through. But that’s not where it ends, and the question is, where do you get that nuance that you hear when you hear Count Basie?”

For Goodwin, the Basie band’s nuance came from attacking the same charts night after night on the road. Without that luxury, it took the Big Phat Band the better part of a decade to reach a point where the bandleader feels they’ve achieved a band identity. But that identity is deeply imprinted on their fifth CD, That’s How We Roll (Telarc). The disc boasts impeccable musicianship that stretches from swing to Latin to funk and other styles, coupled with an audience-embracing pop sensibility and an offbeat sense of humor.

And while preexisting repertory is such a large part of big-band tradition, the new record is, with the exception of “Rhapsody in Blue,” a collection of sunny Goodwin originals. “The characteristic that permeates the whole thing for me is optimism,” he explains. “It’s a bright and punchy and forward-moving music. It used to be that folk musicians were the ones whose music commented on how tough the times were; now the rappers do it, but you can also hear that tension and dissonance in a lot of jazz music. That’s great if they want to do that, but it never appealed to me. I would like you to feel better after you listen to one of our tracks.”

A veteran Hollywood composer, arranger and conductor whose work has earned him three Daytime Emmy Awards as well as a Grammy for an arrangement featured in Pixar’s The Incredibles, Goodwin speaks the language of the corporate pitch meeting: He throws out terms like “market share” and “revenue-generating” as easily as “groove” and “melody.” Goodwin does commercial work, he says, to “pay the bills and support my big-band habit,” but has no qualms about hoping that his own music finds commercial success-an idea he feels is sometimes seen as anathema in jazz’s more rarefied circles.

The major model Goodwin cites for straddling the two worlds is Quincy Jones: “There was a guy that started off in big bands, had all that success with Count Basie and Sinatra, and then had a second part of his career where he was the preeminent pop music producer of our day. I remember thinking, ‘What if I could write music that came out of the values of the traditional big bands, but record it like you would a pop record?’ Once again, this is something that would be offensive to other big-band leaders, but if you listen to Quincy’s records, that’s what he does.”

Another forbidden terrain which Goodwin is not afraid to venture into is smooth jazz. Eric Marienthal is a regular member of the Big Phat Band, and is joined on the new CD’s “Rippin’ n Runnin'” by fellow smooth saxophonists Dave Koz and Gerald Albright. (Other album guests include Take 6 and Marcus Miller.) “I tread carefully on this topic, because there’s much of smooth jazz that is not interesting to me,” Goodwin says. “Much of it is formulaic and repetitive and does not hold my attention. Then I think about Dave Koz, and how I’ve gotten to watch him play the damn saxophone and make a whole audience at the Hollywood Bowl sit up in their chairs and lean forward to hear him like he was the freakin’ pied piper.”

He admits that his upbeat attitude and unabashed populism can be frowned on a bit in the jazz world. But if he was concerned with how others perceived him, he likely wouldn’t be leading the Big Phat Band at all. As a lifelong big-band fanatic, he assembled his own, he says, when “I finally got some balls. You wake up one day and you realize that maybe there’s more road behind you than there is ahead of you.”

Goodwin had plenty of experience behind him. After graduating from Cal State Northridge in the ’70s, he was hired by Louie Bellson, playing sax in Bellson’s band and writing charts. He worked mostly as a sideman and arranger over the ensuing decades, and in 2000 formed the Big Phat Band, originally intending it to be a one-time thing. In 2011 Goodwin is still having a blast, a feeling he’s eager to impart to audiences. He ventures often into schools for clinics and concerts, hoping to awaken in students the same love of music he found in middle school.

“I think jazz,” he says, “and, for that matter, classical music, has suffered over the years because the artists have worked so hard to learn how to play, and there’s a bit of a feeling that ‘the audience has to come to me.’ Rock and roll musicians never did that, man. They embrace their audience, and I think we’re reaping the consequences from that attitude. Miles could turn his back on the audience and it worked for him. But we all aren’t Miles.”

When you’re on TV, everybody knows you, or at least thinks they know you. Take Kevin Eubanks, who was on NBC’s Tonight Show five nights … END_OF_DOCUMENT_TOKEN_TO_BE_REPLACED

Jimmy Katz leads many lives. He is the preeminent currently active jazz photographer, and has shot more than 200 magazine covers and over 600 recording … END_OF_DOCUMENT_TOKEN_TO_BE_REPLACED

Take a look at Blue Note Records’ release schedule for 2022 and it’s hard to miss the significant percentage of electronic-oriented music. In March, the … END_OF_DOCUMENT_TOKEN_TO_BE_REPLACED