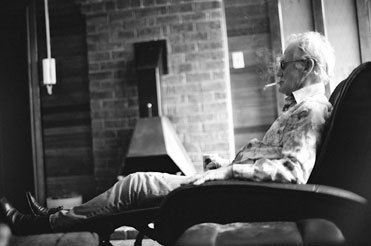 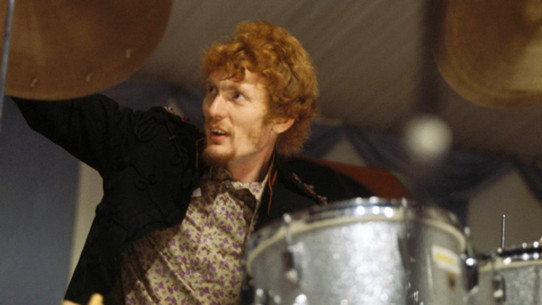 If an artist’s output is supposed to be a reflection of his persona, do we have to love the man along with his work? If his creativity springs from some suppressed suffering, are we free to study the effects of that pain from a place of analytical detachment, like it’s just another window into his genius? Or is that cruel?

If so, the cruelty runs both ways in Beware of Mr. Baker, a scrutinizing and evocative new documentary on the drummer Ginger Baker, known primarily for his work with Eric Clapton and Jack Bruce in Cream. It won the grand jury prize for best documentary feature at the 2012 South by Southwest film festival, and has been showing in select theaters across the country since January. (It comes out on DVD in May.) The director, Jay Bulger, a 30-year-old first-time filmmaker, made the wise decision to frame the movie around his own relationship with Baker. As we puzzle over the halting bond being forged between eager documentarian and acrid subject, Baker seems unable to interact without hailing expletives and denouncements.

The film’s major point, its source of rugged pathos, is that fear and distrust sit at the center of Baker’s psychology. The man is largely responsible for introducing a virtuosic ideal to rock drumming, something he achieved by trying to be a kind of jazz player in a rock ‘n’ roll band. But where did that sense of protean adventure spring from? Maybe it’s related to the way he’s treated his wives and children. (Disastrously.) Or to his decades-long heroin addiction. Or to his current state, isolated and forgotten, living on a South African ranch and rarely hearing from the musicians he used to play with. There’s a common source, and Bulger decided to get as close to it as he could.

Born in 1939, Ginger Baker grew up during World War II in one of the most bomb-ravaged sections of London. As a restless youngster, the constant percussion of those bombs was a trigger for his creativity, and a reminder of the brutal war that had swept his father away and would kill him when Ginger was just 4.

Phil Seamen, one of Britain’s most respected jazz drummers in the 1950s and ’60s, took Baker on as a protégé. He taught the kid how to swing, and how to shoot heroin. Baker would go on to play in a handful of rock bands with bluesy roots-the Graham Bond Organisation, Cream, Blind Faith and his own group, Air Force, a kind of big band for the fusion years-and carried his addiction to junk through all of them. “No one’s ever told him no,” Bulger says. “Since he was 15, he’s been a professional musician and he’s been able to do whatever he wants. So he’s never had to deal with his emotional traumas.”

What traumas? “They’re birthed out of World War II, and his dad,” Bulger says. “Separation anxiety, emotional detachment, the idea that he needs to create drama and hit people in the face with a cane rather than deal with emotional withdrawal.”

That cane line is a self-referential flourish. After weeks of filming, Bulger was preparing to leave the drummer’s South African home to conduct interviews around the globe with people from Baker’s past. A flaming-mad Baker stomped out to Bulger’s car, hollered, “I don’t want any of them on my film,” and slammed the metal handle of his cane into Bulger’s nose. It was all captured on film, and the footage shows up twice over the course of Beware of Mr. Baker.

Bulger’s knack for telling a story is obvious throughout, but he’d hardly done anything of the sort when he decided to commit Baker’s story to film. At that point, he didn’t yet realize that the two of them share a height, 6-feet-4-inches, and birthday, Aug. 19, but he might have felt a tinge of solidarity with the troubled spirit.

Bulger grew up bouncing from one private school to the next in Washington, D.C. At 16, he was arrested for speeding at over 100 miles an hour. He found an outlet for his frustration in boxing, and would become a successful Golden Gloves boxer during college in New York City. Then he started working as an international fashion model, using the money he made to finance a successful run directing music videos. Then he developed facial skin cancer; battling it cost him 18 months of his life and his modeling career. He was working in construction when the inspiration hit him to do a movie about Ginger Baker. He cold-called the drummer, claiming to be a journalist for Rolling Stone, and secured an invitation to stay with him in South Africa.

Bulger said he was surprised how much the project increased his appreciation for jazz. “As far as history goes, [Baker] is just obsessed with jazz. He could give a shit about Cream, playing rock, anything. He just wants to do, like, ‘Bemsha Swing,'” Bulger says. “He considers himself a jazz drummer.”

Baker led a trio featuring Bill Frisell and Charlie Haden in the 1990s, but suggesting he was an ace jazz musician is an overreach. Still, he’s converted at least one former classic-rock devotee: Bulger’s now a jazz fanatic, and his next movie, a fictional feature, will star the pianist Jonathan Batiste.

When you’re on TV, everybody knows you, or at least thinks they know you. Take Kevin Eubanks, who was on NBC’s Tonight Show five nights … END_OF_DOCUMENT_TOKEN_TO_BE_REPLACED

Jimmy Katz leads many lives. He is the preeminent currently active jazz photographer, and has shot more than 200 magazine covers and over 600 recording … END_OF_DOCUMENT_TOKEN_TO_BE_REPLACED

Take a look at Blue Note Records’ release schedule for 2022 and it’s hard to miss the significant percentage of electronic-oriented music. In March, the … END_OF_DOCUMENT_TOKEN_TO_BE_REPLACED