Skip to content
Become a member and get exclusive access to articles, live sessions and more!
Start Your Free Trial
Home > Features > Getting All the Pieces to Fit: The Making of a Jazz Encyclopedia 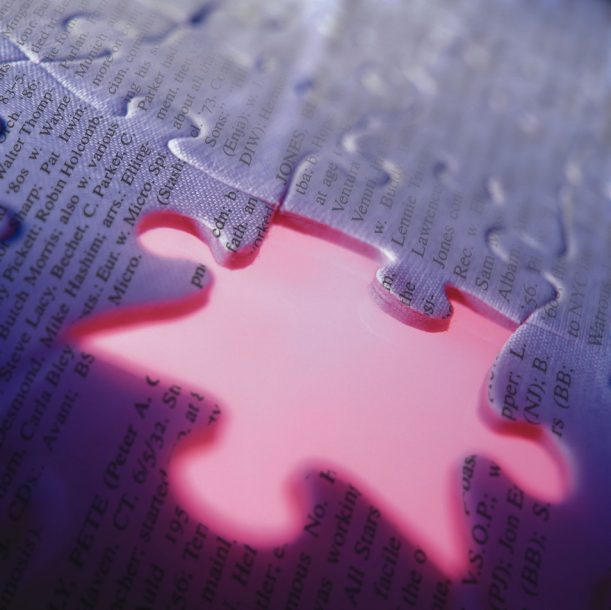 Getting All the Pieces to Fit

By the time you read this you well could be looking up someone in the Biographical Encyclopedia of Jazz, but as I’m starting to write this I’m about to read S to Z for the last time before the book goes into its final configuration. This is the sprint at the end of a maxi-marathon that began in the earliest years of this decade when Leonard Feather and I signed a contract with Oxford University Press.

In the ’80s, attempting to do an “of the ’80s” edition-addition, we were shut out. Horizon, most noted as Frank Lloyd Wright’s publisher, went out of business and we were unable to get a grant from the private sector or the public agencies. In fact the National Endowment for the Arts jerked us around for two years, encouraging me to submit a second proposal after the first had been rejected. When, at the end of a panel on grants at a JazzTimes convention, a new NEA person-in-charge (in answer to my question about why I had been encouraged and turned down twice) told me, “Oh, you should have been applying to the National Endowment for the Humanities.” By this time, thoroughly frustrated I decided to forget about the idea of a new encyclopedia and applied to the NEH for a book on a lifelong hero of mine, Lester Young. I came up empty again. (Perhaps this was penance for getting a Guggenheim to do Swing to Bop, the first time I had ever sought a grant).

Then Sheldon Meyer, the editor who has fostered more jazz books than anyone, came riding to the rescue. He had written a letter for me to use in my efforts to obtain funding. He emphasized the importance of the book and that Oxford would be interested in publishing it if the project could be started. Now he made a concrete monetary offer to us. Through Kiyoshi Koyama, then editor of Swing Journal (Japan’s leading jazz publication, to whom both Leonard and I were monthly contributors) the magazine publisher, Kozo Kato, sweetened Oxford’s proposed advance money and we were able to begin.

Having missed the ’80s by the time we signed with Oxford it was decided that the new book would not be “of the ’90s” but one that encompassed full biographies with no asterisks attached. In order to add all the people who had entered the scene since the ’70s edition to the previously established names of jazz history we had to eliminate all photographs and the special features of the previous series such as Leonard’s “Blindfold Test,” tables of poll winners from various magazines and articles on international jazz or jazz education. Hence the word “Biographical” in the title.

In the ’70s Leonard and I divided the writing of the biographies. In this new project we each had the help of small staffs. Neither of us, however, wholly anticipated the magnitude of our undertaking and even given the addition of the fax machine to the telephone, the fact that he was in Los Angeles and I in New York made communication a problem. Generally we divided the work geographically and, in the case of deceased people, alphabetically. Nevertheless there were annoying examples of duplicate biographies and, more seriously, disparity of style.

We had concurred that blues singers would be included if they performed and recorded primarily with jazz musicians, e.g., Jimmy Rushing as opposed to Otis Rush. Fusioneers would make the cut if they established themselves in jazz before moving on to the stages of rock-pop (or is it pop-rock, pop-jazz or whatever).

In the assembling of the ’70s book Leonard and I had some minor squabbles over inclusions. In the ’90s he importuned me to write Kenny G.’s biography “to tell people that he isn’t a jazz musician.” (Don’t look for him under K or G.)

If Leonard had lived I’m sure we would have had a few more disagreements but I would have gladly suffered them as an alternative to not only losing a co-author but a valued friend far beyond the parameters of a book project. He was a man who influenced my writing before I ever met him and then became an important mentor. I enjoyed his company not just for our mutual love of the music but because of his sense of humor which took in wordplay in several languages. In a field where sometimes people take themselves too seriously, he could be serious and still have fun. That neither he nor his wife Jane (she passed away in the spring of this year) lived to see the publishing of the encyclopedia is a constant regret.

When Leonard died in September 1994 most of the basic groundwork had been done but I found that I had the unenviable job of bringing uniformity to the book, fixing entries that were wrong stylistically, or fleshing out those that were done in a precis-cum-update manner of the ’60s and ’70s books. I received floppy discs and four large loose-leaf books of hard copy from California.

While I set out on the elongated second leg of my odyssey, new people with budding careers that needed documentation were appearing before my ears and eyes virtually every day. And so, as the march toward closure moved ahead with its inherent problems, I was also gathering information for, and writing new biographies.

Being a perfectionist has its pitfalls, even when one is reconciled to the reality that complete perfection is a pipe dream. Nevertheless you strive to be as close to it as humanly possible.

Encyclopedists use many resources to complete data. Books which came after the original Encyclopedia of Jazz series used it as a source and added new research. We had many new books since EOJ ’70s to utilize just as they had employed ours. I also had a small army of jazz scholars, musicians, and fans, globally, helping me to try and answer all the knotty questions raised in so many of the biographies, particularly in the area of birth and death dates and places. The more books available, it seems, more disagreement, sometimes quite wide apart.

I called upon individual musicians and/or their families. Sometimes they didn’t remember; others remembered but weren’t divulging what they knew, on or off the record. At times I had to settle for guesswork, fueled either by common sense or my jazz education and experience.

The task at hand was to advance the research as best we could, correcting past mistakes and adding new information. Those who follow must do the same.

During my quest I renewed acquaintance with old friends and met new ones. In the latter category we often knew one another’s names but had never communicated before. Jazz is a very social music and, for the most part, the people who play it, write about it, photograph it, record it, present it, appreciate it, etc., etc., etc., are alternately colorful, erudite, idiomatic, opinionated, eccentric, precise, long-winded-any and all of the above-but usually helpful.

For more specific examples of the nature of information-seeking and the department of dilemmas, read my preface in the BEOJ.

Without moaning too much (especially now that it is done) I can refer to my journey (as I did many times during its course) as my albatross, to tunneling out of jail with a teaspoon and other choice analogies not for a family magazine.

Looking back through the wrong end of a telescope I can still say it was worth doing and only hope the light at the end of my tunnel will illuminate and help further validate the lives of the people within the covers of the book. Originally Published November 1, 1999

When you’re on TV, everybody knows you, or at least thinks they know you. Take Kevin Eubanks, who was on NBC’s Tonight Show five nights … END_OF_DOCUMENT_TOKEN_TO_BE_REPLACED

Jimmy Katz leads many lives. He is the preeminent currently active jazz photographer, and has shot more than 200 magazine covers and over 600 recording … END_OF_DOCUMENT_TOKEN_TO_BE_REPLACED

Take a look at Blue Note Records’ release schedule for 2022 and it’s hard to miss the significant percentage of electronic-oriented music. In March, the … END_OF_DOCUMENT_TOKEN_TO_BE_REPLACED