Skip to content
Become a member and get exclusive access to articles, live sessions and more!
Start Your Free Trial
Home > Features > Freda Payne: An R&B Diva Circles Back to Her Jazz Roots 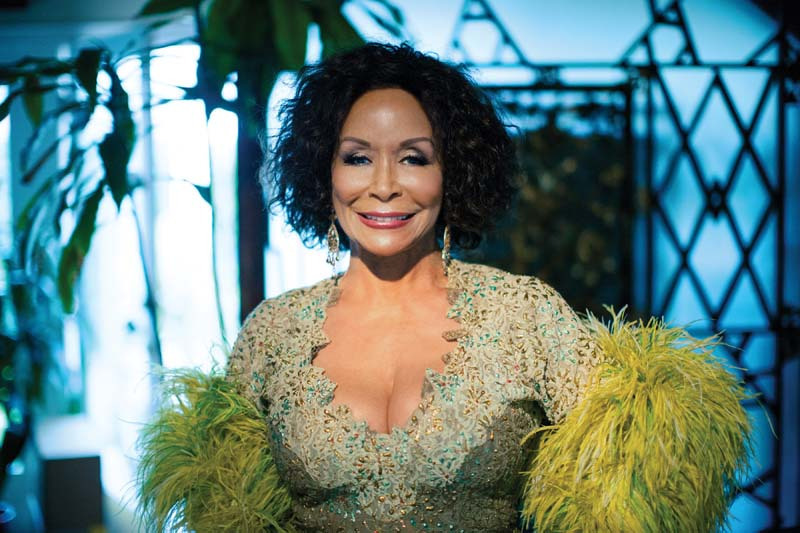 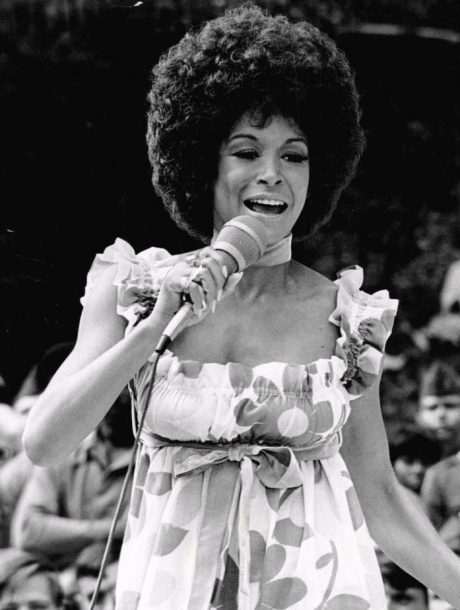 “I have come home,” says vocalist Freda Payne, 71, regarding her late-career return to jazz with Come Back to Me Love (Artistry), a lush collection of standards and new material. Indeed, though Payne remains best known for her massive 1970 hit “Band of Gold” and a brief run of lesser R&B successes that followed, she boasts deep jazz roots.

Growing up in Detroit, she was immersed in the music of Ella, Billie and Sinatra. “Basically,” she says, “my elders were mentoring me, teaching me the best singers to listen to.” By age 13 she was a featured vocalist on local WJR radio, where she remembers “doing everything: pop songs, standards, spirituals.” At 17, she auditioned for Mercer Ellington, who introduced her to his dad. So impressed was Duke that he offered Payne a 10-year contract as his band singer, an opportunity she and her mother rejected as too restrictive.

Instead she moved to New York and, in 1962, signed with ABC-Paramount. After one single, an overcooked pop version of “Desafinado,” ABC President Sam Clark decided she was truly a jazz singer, reassigning her to the label’s Impulse! subsidiary. There, under the supervision of Bob Thiele, she delivered her debut album, 1963’s smoky After the Lights Go Down Low and Much More!!!, featuring Hank Jones, Zoot Sims, Phil Woods and Jim Hall. That one-off led to appearances with Lionel Hampton, Quincy Jones and other A-list jazz outfits. But a chance encounter with Brian Holland (of Motown hitmakers Holland-Dozier-Holland) resulted in her joining his neophyte Invictus label and international stardom with “Band of Gold.” Her musical fate was set, or so it seemed.

Payne’s re-acquaintance with jazz actually commenced a decade ago, when she was invited to portray Ella in a New Jersey stage production of Ella Fitzgerald: First Lady of Song. That led to her own, concert-length Ella tribute, which she still regularly performs. Six years later, Detroit bassist Ralphe Armstrong indirectly forged the connection with Gretchen Valade, a cofounder of Artistry’s parent company, Mack Avenue Records, and an executive producer of Come Back. Payne was headlining a private event in the Motor City and, she recalls, “Ralphe said, ‘There’s a club in Grosse Pointe owned by this lady who also runs the Detroit Jazz Festival. It’s a jazz club, a really classy joint, and you should work there. It’s called the Dirty Dog. A guy named Willie Jones runs the place.’ I called him and said I was interested. Gretchen came and caught my set a couple of times.” When Payne returned six months later, Valade and her Mack Avenue partner Tom Robinson invited her to record for them. The pair are also songwriters, says Payne, and they stipulated that the album include “at least six of their songs; the rest I could choose myself.”

Asked whom she’d like to work with, Payne immediately requested Grammy-winning arranger and pianist Bill Cunliffe. She’d met him through Quincy and they’d teamed for a handful of California club dates. Cunliffe admits that prior to their first shared engagement he had no knowledge of her jazz abilities. “I started looking at the stuff she’s doing, like her Ella show,” he says, “and she sounds fantastic. I think of her combining some sonic elements of Ella with some of the blues shouting of Dinah Washington. Really fine vocal equipment, and she is at the top of her game.”

Recording at Capitol Studios in Hollywood with a 37-piece orchestra, Payne and Cunliffe covered the requisite Valade and Robinson tunes, selecting their six favorites from a slate of 20-25, including the yearning title track. They then added eight standards, among them Kenny Rankin’s lilting “Haven’t We Met,” Ivan Lins’ “The Island” (“Bill’s orchestration just enveloped and transfixed me,” she says) and, prompted by her affection for the 1961 Nancy Wilson/Cannonball Adderley version, “Save Your Love for Me,” plus a stunning voice-and-piano rendition of “Spring Can Really Hang You Up the Most.” Comparing this session to Impulse! in ’63, she muses, “When I did the first one I was nervous and pushing too hard to do my very best. On this one I’m much more relaxed and confident, doing songs I really love. I’ve had a lot more experience and am much more subtle. I felt like I was in heaven just enjoying the view.”

Of her jazz renaissance, Payne says, “It’s so great, but I haven’t vacated R&B. I can do an R&B set, but I now throw in ‘Save Your Love for Me,’ and they love it. You have to educate your audience. As long as I do ‘Band of Gold’ and ‘Bring the Boys Home,’ they’ll like whatever else I do.”

Adds Cunliffe, “She wants to make the highest quality music she can, always. And she’s unique. I don’t know of anyone else of her generation who synthesizes R&B and blues values with the sensibility of a really good jazz improviser and the interpretive style of a Shirley Horn or Barbara Carroll. There’s simply nobody like her.”

Put a “the” in front of a name and it acquires historical heft. The Thelonious Monk who entered New York City’s WOR Studios as Halloween … END_OF_DOCUMENT_TOKEN_TO_BE_REPLACED

On the enchanted evening of August 16, 1958, Ella Fitzgerald took to the stage of the legendary Hollywood Bowl. There, with a lustrous orchestra conducted … END_OF_DOCUMENT_TOKEN_TO_BE_REPLACED

Be careful what you wish for.  By the beginning of 2020 guitarist Mary Halvorson, one of the most acclaimed musicians of her generation, was also … END_OF_DOCUMENT_TOKEN_TO_BE_REPLACED

Guitarist Will Bernard bears the bittersweet blessing of virtuosic skill and eclectic taste, making his music a perpetual delight and yet hard to categorize. Maybe … END_OF_DOCUMENT_TOKEN_TO_BE_REPLACED