Skip to content
Become a member and get exclusive access to articles, live sessions and more!
Start Your Free Trial
Home > Features > Frank Rosaly: Music From Within 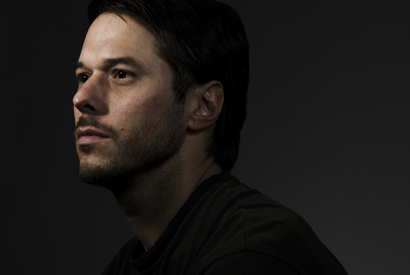 Frank Rosaly has always been a drummer. His only sibling, his older sister Frances, made sure of it, when being in the fourth grade band herself, she showed her brother how to use the snare drum. Frank was just in the second grade. He “was immediately fascinated” by the snare and by the time he joined band in fourth grade, he had learned all the basics. He felt as though “he excelled in something at school, for once.” He also started lessons. That was only the beginning of the shaping of his inner drive.

Born in Phoenix, AZ, in 1974, of Puerto Rican parents, Rosaly’s early musical life was consistent with his familial and cultural heritage. Never wont for parental support, he says that “music was a part of growing up.” Both classical and Latin music infiltrated his listening space. Experiencing a public school music program, even at age ten, Rosaly was so open to music’s variability that seeing a video of Van Halen’s “Panama,” captivated him. “That’s when I fell in love with the drums…[Van Halen] was playing these giant, clear Ludwigs that completely freaked me out.” And, then, two years later, Rosaly heard a “hot” live concert by Tito Puente’s band; Rosaly was moved to tears. His spirit had been tapped. “Nothing ever felt so good that very moment…That’s when I fell in love with the music.”

In Lee Daniels’ film The United States vs. Billie Holiday, the words “Earle Theater, Philadelphia, May 27, 1947” flash onscreen, and one sees a row … END_OF_DOCUMENT_TOKEN_TO_BE_REPLACED

Like an ornery real-estate magnate, the work of Nick Millevoi screams, “Location, location, location.” Whether as a composer or as a guitarist, he makes music … END_OF_DOCUMENT_TOKEN_TO_BE_REPLACED