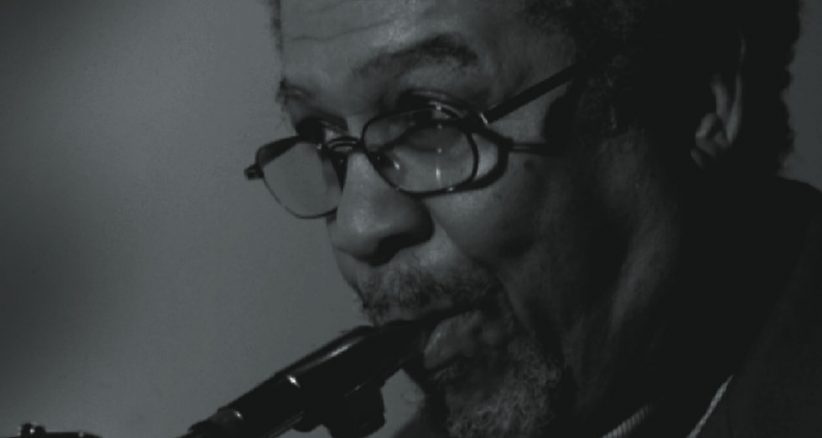 Tenor saxophonist Frank Foster may be as old as he looks, to paraphrase one of the new tunes on his new quartet recording, but there’s no musical generation gap  separating him from the younger players he’s teamed up with in his latest career phase.

Long associated with the Count Basie Orchestra-first as a player and arranger from 1953 to 1964, then as its musical director from 1986 to 1995-Foster is busier than ever with his own projects, including leading his own quartet, the Non-Electric Company, and his 21-piece big band, The Loud Minority, as well as recording and  arranging for several world-class jazz orchestras.

Arabesque recently released Foster’s newest recording, Leo Rising. The session was the first issued under Foster’s name by an American label without the Basie aegis in about 25 years. It was made with a hot, young rhythm section composed of pianist Stephen Scott, bassist Christian McBride and drummer Lewis Nash. Trumpeter Derrick Gardner guests on two tracks, the title tune and a new Foster composition, “Derricksterity.”

“Each one of them was one heck of a contributor to this thing. Stephen, Christian and Lewis just defy description. And Wynton Marsalis’ liner notes have the same quality as the rest of the recording, performance-wise. The only lightweight on there was myself,” Foster, 68, says with a laugh. “My idea was to showcase this quartet with some new compositions and to freshen several of the older compositions with their concepts.

“This is the first time I have recorded in a quartet setting for an American label. I had always done quintet, sextet or larger. I prefer to have at least one other person on the front line with me because I don’t want to just hear myself-but this did give me a chance to really air out the horn.”

The Cincinnati, Ohio, native, who began leading and writing for his own 12-piece dance band while in high school, is as busy as ever, although he doesn’t travel nearly as much as he did during his Basie band associations. In addition to appearing as a guest soloist with various university jazz bands, he stepped in to lead Lionel Hampton’s orchestra on several occasions when Hamp was ill.

Foster has been commissioned to write new arrangements for the Lincoln Center Jazz Orchestra and the Carnegie Hall Jazz Band. He is also publishing his big band arrangements in three stages: a recent Basie band series, an older Basie series and newer original compositions with no Basie connection.

This summer, he will take his big band, The Loud Minority, to Europe for several top jazz festivals, including North Sea in Holland and Pori in Finland. “I plan to take advantage of the young crop of musicians coming out now and bring a few of them into my band. I’m glad to see so many of them dedicated to the music, playing straight ahead, not wanting to go outside or play funk. It’s real jazz, right now.”

When Foster stepped into the role of musical director of the Count Basie Orchestra in 1986, he said he considered it his life’s mission to keep that particular unit and big band swing alive. So it came as a surprise to many when his departure was announced in mid-1995 “to pursue other opportunities”-a phrase that in the corporate world often implies dismissal. Foster was replaced by another Basie alumnus, trombonist Grover Mitchell.

Foster was one of the band’s principal soloists during his first tenure with them as a player and also became a prolific songwriter. “Shiny Stockings” remains his most enduring compositional contribution. When he returned to the orchestra as musical director in 1986 after the death of Thad Jones, he continued to write and arrange material that fit the band’s musical personality.

“Creative people like myself can’t sit still and go with the status quo,” Foster says. “I had to keep creating and adding arrangements. I had a slogan that I would not write anything that I thought the Old Man wouldn’t have liked.” For many listeners, including new fans of the band, the mix of established Basie tunes and new works by Foster and other band members worked well. Foster’s new tunes and arrangements netted a Grammy Award and several more Grammy nominations.

But Foster says an undercurrent developed from a small, vocal core of Basie fans whom he describes as “old diehards who didn’t want anything new or creative to happen. They just wanted to hear the old music-the music of the ’50s,” he said. “I had to play tunes like ‘L’il Darlin,’ ‘Corner Pocket,’ my own ‘Shiny Stockings,’ ‘Whirlybird,’ ‘April in Paris.’ They were the national treasures. If I would go a night without playing one of them there would be a complaint from somebody.

“One time, a musician came up to me at Lincoln Center, said he heard me at Carnegie Hall and asked: It all swings. Everything the band plays is supposed to swing, not just the familiar. Basie was amenable to new ideas all the time. All it had to do was be simple enough to be played down the first time with minimal rehearsal. It didn’t matter how new it was, he loved it and he played it.”

Foster says things came to a head when he received an anonymous letter signed by “a faithful fan.” He says its message was simple: “We think you ought to just play the old Basie stuff.”

“So I began to think maybe this isn’t my life’s mission after all. Maybe I’ve served my time and it’s time to move on. I can’t spend the remaining years listening to people who have no sensitivity for my creativity. I can’t blame these people who want to hear the old Basie and just the old Basie, but I don’t have to stay there and keep doing it.”

In the winter of 1995, Foster told Count Basie Enterprises CEO Aaron A. Woodard III he wanted to leave the band by July 1996 and gave him a list of possible successors to consider. Foster said Woodward called him in several months later and told him said he’d made that choice and wanted to get it over with. Foster’s last concert as Basie bandleader was July 4, 1995 at The Supper Club in New York. “Aaron saw this as a chance to get this new program off and running,” Foster says. “For me to stay there another six to 12 months with another leader on tap made little sense to him. And it didn’t make much sense to me, either.”

Foster tours selectively with his Non-Electric Company featuring pianist Danny Mixon, bassist Earl May and drummer Dave Gibson, who also make up the rhythm section for his 21-piece big band, The Loud Minority. “We push each other with this band. I like the energy level,” Foster says. “I don’t want anything that is laid back or tired. I have to be the tiredest thing up there.”

He expects his next Arabesque recording will feature his big band. He hopes to take the band into the studio this fall after the European tour. “To me, there hasn’t been a musical group contrived that tops the big band for excitement and variety of sounds,” Foster said.

“This bigger band is designed to perform a fairly wide range of what I call ‘contemporary swing.’ We’re not delving into the avant-garde or even 1940s big bands. I’m doing big band music of the ’90s and beyond. One of the key words of big band music from the ’50s and ’60s was swing. That’s an element I can’t dispense with. I may experiment with contemporary textures, but it all comes back to this.”

He is writing new things for that project. “I’m not going to take warmed-over stuff into the studio,” Foster says. “I’ve got to have new material.”

Frank Foster plays a Selmer Mark VI tenor, at least 30-years-old, using a Lawton No. 10 mouthpiece with Dave Guardala 2 reeds. His soprano is a Yamaha with a Yanagisawa No. 5 mouthpiece and Rico Royal 3 reeds.

Conrad Herwig, The Latin Side of John Coltrane (Astor Place)

When you’re on TV, everybody knows you, or at least thinks they know you. Take Kevin Eubanks, who was on NBC’s Tonight Show five nights … END_OF_DOCUMENT_TOKEN_TO_BE_REPLACED

Jimmy Katz leads many lives. He is the preeminent currently active jazz photographer, and has shot more than 200 magazine covers and over 600 recording … END_OF_DOCUMENT_TOKEN_TO_BE_REPLACED

Take a look at Blue Note Records’ release schedule for 2022 and it’s hard to miss the significant percentage of electronic-oriented music. In March, the … END_OF_DOCUMENT_TOKEN_TO_BE_REPLACED

Those who are only familiar with bassist Martin Wind’s jazz credentials—both as a leader and as a first-call sideman for Bill Mays, Dena DeRose, Ken … END_OF_DOCUMENT_TOKEN_TO_BE_REPLACED