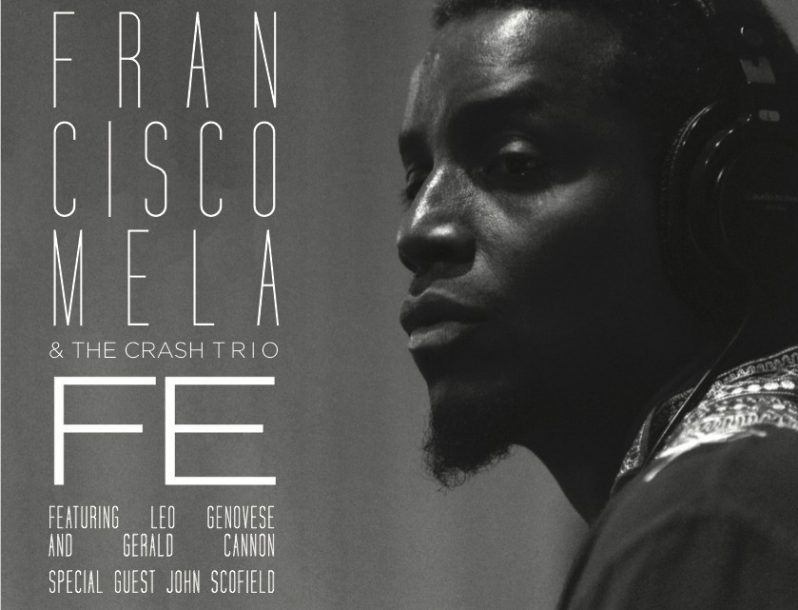 Not long after the 2011 release of his third album as a leader, Tree of Life, the Cuban-born, New York-based drummer and composer Francisco Mela asked bassist Gerald Cannon to give that disc a listen. Cannon complied. But when asked what he thought about the music, Cannon, Mela’s bandmate in the McCoy Tyner Trio, didn’t respond the way the drummer had hoped. He merely commented that it was “interesting.”

“I understood right there that it wasn’t something he really liked,” says Mela, 48. “So I told him this is the way that I write. He said to me, ‘Mela, you should write a jazz album.’ And I was like, ‘What?‘ And he said, ‘These are interesting compositions, but it’s not jazz.'”

At this juncture, we should acknowledge in the interest of fairness that many listeners feel otherwise about Tree of Life. Numerous critics have called that complex and fiery Latin fusion date, recorded with an octet called Cuban Safari, not just jazz but excellent jazz. Now back to the anecdote.

Mela continues: “I asked Gerald, ‘What is a jazz album for you?’ And he said to me, ‘When we want to refresh our ears, do we go back to old records by people like Bud Powell or Art Tatum or John Coltrane? Yes, and what makes us do that? Because that’s the real jazz. You have to write music that swings, music that puts you in a position where people can really hear you.’ And you know, we Latino people don’t see that until somebody like Gerald Cannon tells us. We all think we’re writing real jazz, but we don’t concentrate on AABA tunes in 4/4 that swing.”

Again, this assessment is arguable, but one thing that can’t be denied is the effect it’s had on Mela. Almost as soon as he started thinking about writing “real jazz,” an assortment of melodies in a recognizably postbop style began entering his head, usually while he was in transit somewhere. “I’d be walking on the street or on a train,” he reports, “so I’d get out my phone and sing the melody into it. Then later I’d go to the piano and figure it out.”

Soon Mela had a new catalog of tricky but catchy compositions, with titles like “Alden Dear,” “Don McCoy” (named for Tyner) and “Lovano’s Mood” (titled, of course, for saxophonist Joe Lovano, with whom Mela has been playing regularly for more than a decade). When Cannon got a load of these tunes, his response, according to Mela, was immediate: “He told me, ‘Yes! Now this is gonna be swinging! I want to record this with you in a trio.'”

And so the Crash Trio, a group featuring Cannon on upright and Leo Genovese on piano that Mela has led intermittently since 2010, was convened for its first-ever studio recording sessions at New York’s Sear Sound. The group emerged with the music that makes up Mela’s fourth album, Fe (Spanish for “faith”). More conventional than Mela’s previous work but not in a bad way, the 10 new tracks have a warmth and lively humor that make them instantly accessible. (The billing Crash Trio has also been applied to saxophonist Melissa Aldana’s group with Mela and bassist Pablo Menares.)

On two selections, “Just Now” and the Monk-ish title cut, the already formidable trio is further strengthened by the appearance of guitarist John Scofield. “I heard a guitar playing in my head on those tunes,” Mela says, “and I’d always wanted to collaborate with Sco. When he played them, it was like he wrote them. I was so happy.”

Given that Fe had its genesis in Cannon’s comments about “real jazz,” it’s interesting to note that the album reaches an emotional peak on its least traditional-sounding track, “Curcuros,” a three-and-a-half-minute excursion into free territory. Even more interesting: Cannon’s haunting arco playing is what takes it to that peak.

“That’s one of my favorites on the album,” Mela says, “and we almost didn’t record it. I’d written this little motif, just on paper. I never even played it once on the piano. I didn’t know what it would sound like. At the end of the last recording session, the engineer said, ‘Do you have anything else or are we done?’ And I said, ‘Well, I do have this one other tune.’ I told Gerald, ‘It’s free-I don’t know what you do on it.’ So he picked up the bow and just did what came into his brain. That was the first take, and that was it. We didn’t need to record it again-which was good, because I was tired!”

The depth of feeling heard here and elsewhere on Fe comes at least in part from personal loss; Mela’s mother died last year while he was preparing to record the album. “This is the first music I made that she couldn’t listen to,” he says, “so I dedicated it to her, in the hope that I meet her in the next life.” It’s a fitting tribute, even as it demonstrates the versatility of an artist who’s clearly open to taking on, and meeting, new challenges.

When you’re on TV, everybody knows you, or at least thinks they know you. Take Kevin Eubanks, who was on NBC’s Tonight Show five nights … END_OF_DOCUMENT_TOKEN_TO_BE_REPLACED

Jimmy Katz leads many lives. He is the preeminent currently active jazz photographer, and has shot more than 200 magazine covers and over 600 recording … END_OF_DOCUMENT_TOKEN_TO_BE_REPLACED

Take a look at Blue Note Records’ release schedule for 2022 and it’s hard to miss the significant percentage of electronic-oriented music. In March, the … END_OF_DOCUMENT_TOKEN_TO_BE_REPLACED