Skip to content
Become a member and get exclusive access to articles, live sessions and more!
Start Your Free Trial
Home > Features > Fifty Years of the Vanguard Jazz Orchestra 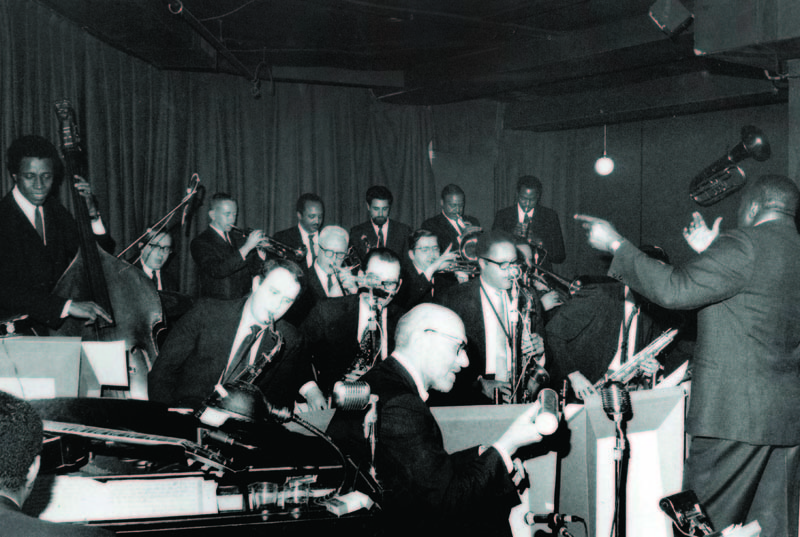 The Thad Jones/Mel Lewis band in the mid-1960s. Lewis is second from left; Jones is at far right 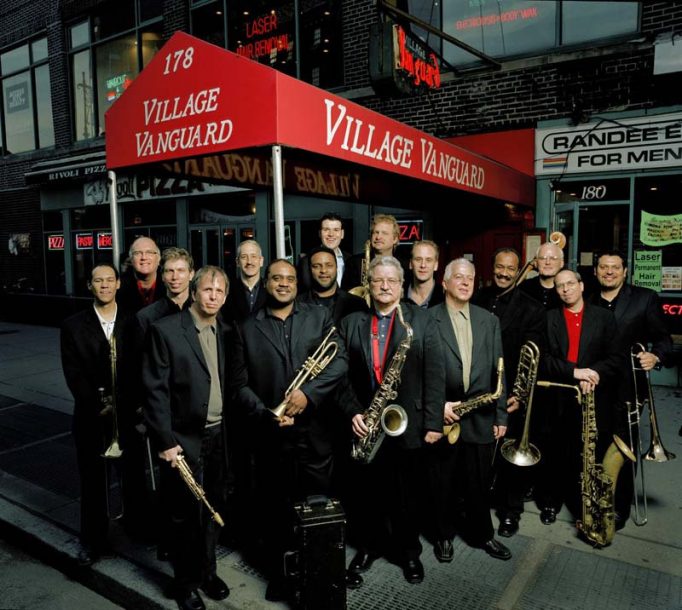 The Vanguard Jazz Orchestra outside the Village Vanguard 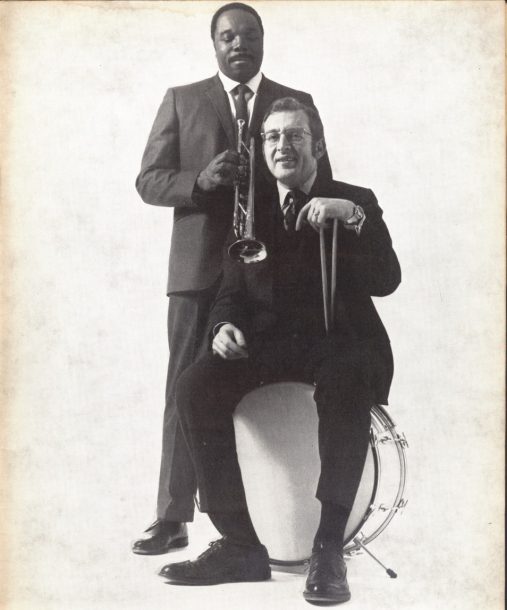 Monday, Feb. 8, 2016, just before 10:30 p.m. Out of the Village Vanguard’s famous red doors, a long line of clubgoers snaked up Seventh Avenue South, bracing themselves against the bitter Manhattan cold. They were waiting-or, in the case of those not holding advance reservations, hoping-to experience history: the first performance of the Vanguard Jazz Orchestra’s 51st year, and the finale of an eight-day residency celebrating five straight decades’ worth of Monday-night shows by one of the world’s most important currently operational big bands.

By design, this residency coincided with the appearance of an archival two-CD set that demonstrates how the VJO acquired such a sterling reputation. Through some magic quirk of fate, the band’s very first performance at the Vanguard, on Feb. 7, 1966, was captured on tape by a 19-year-old Columbia University student named George Klabin. (Actually, magic had nothing to do with it; the band was looking for a deal and wanted something they could play for record companies.) Now Klabin is giving those recordings, along with those of a second date six weeks later, their first official release on his Resonance label in honor of the VJO’s 50th anniversary.

Credited to the Thad Jones/Mel Lewis Orchestra-the band’s original handle, recognizing the trumpeter and drummer who co-led it at the start-All My Yesterdays: The Debut 1966 Recordings at the Village Vanguard is a wondrous thing: a major historical find, and a testament to the creative imagination and to the enviable ability of certain musicians to find freedom within structure. It also swings like crazy.

The first thing you hear on All My Yesterdays is the jovial sound of Jerry Dodgion’s alto saxophone, rolling its way unaccompanied through what later turns out to be a standard set of 12-bar changes. The tune is called “Back Bone,” and like many pieces in the orchestra’s early book, it was written and arranged by Thad Jones, who’d learned valuable lessons both from his former employer Count Basie and from the innovations of Mingus, Ornette and Coltrane.

Dodgion’s solo and the others that follow have a marvelous downhome wit, but what really captures the attention is what goes on around them. From beat one Jones is urging the players on with handclaps and vocal exhortations: “Ha! Yeah! Uh!” Honking brass and reeds slip in and out of the mix, frequently converging in a reasonable simulation of a midtown traffic jam. Ensemble riffs coalesce, then splatter. When pianist Hank Jones (Thad’s brother takes a solo, the horns pick up on one of his lines and toss it around the room, mangling it endearingly in the process. Later, the volume goes down for a spontaneous round of trombone counterpoint. The big ending, punctuated by off-kilter fills from Lewis, is so intense it’s scary. And that’s just one track.

Lewis and both Jones brothers passed on years ago, along with most of the original band. But one person, and one only, can claim to have been on the Vanguard stage for both that memorable debut performance and the first show of the orchestra’s sixth decade: Jerry Dodgion, now 83, who guested on two songs in the middle of the second Feb. 8 set. “Standing here tonight is bittersweet,” he said. “The band is sounding great, and this stuff isn’t easy, you know. But I still remember the first night we played here, and I remember who else was here. And a lot of those people aren’t here anymore, and they’ll never be here again.” He went on to capture that bittersweetness perfectly with reflective solos on his compositions “The Oregon Grinder” and “Thank You.”

Dodgion was right. This stuff isn’t easy, and the band did sound great, with trumpeter Terell Stafford and saxophonists Ralph Lalama and Billy Drewes warranting special praise. (Drewes’ turn on soprano for “Once Around” truly soared.) And yet … there’s an excitement, an edge, a sense of near-constant surprise in those 1966 recordings that just wasn’t present onstage Feb. 8. What today’s Vanguard Jazz Orchestra seems to need is someone who can express his or her improvisational mastery as a conductor, the way Thad Jones did.

Perhaps it’s unfair to compare these two editions of the same band-one eager to show its stuff for the first time, the other with 50 years of history behind it. Trombonist John Mosca, who now leads the VJO, acknowledged rather self-deprecatingly toward the beginning of the Feb. 8 set that “we do our best to realize the composers’ intentions. It’s fun to try, anyway.” One could argue, however, that whatever intentions those were have already been realized long ago-and that they might be far more deeply realized if the band took a sharper turn away from what’s expected.

The plain fact is that New Yorkers are lucky to have such a splendid ensemble playing in their town every Monday night. Still, the Vanguard Jazz Orchestra does perfectly illustrate a nagging problem that jazz faces more and more as it ages: When you’re working in an art form built around making stuff up on the spot, the concept of tradition can sometimes get in your way.

When you’re on TV, everybody knows you, or at least thinks they know you. Take Kevin Eubanks, who was on NBC’s Tonight Show five nights … END_OF_DOCUMENT_TOKEN_TO_BE_REPLACED

Jimmy Katz leads many lives. He is the preeminent currently active jazz photographer, and has shot more than 200 magazine covers and over 600 recording … END_OF_DOCUMENT_TOKEN_TO_BE_REPLACED

Take a look at Blue Note Records’ release schedule for 2022 and it’s hard to miss the significant percentage of electronic-oriented music. In March, the … END_OF_DOCUMENT_TOKEN_TO_BE_REPLACED

Those who are only familiar with bassist Martin Wind’s jazz credentials—both as a leader and as a first-call sideman for Bill Mays, Dena DeRose, Ken … END_OF_DOCUMENT_TOKEN_TO_BE_REPLACED