Skip to content
Become a member and get exclusive access to articles, live sessions and more!
Start Your Free Trial
Home > Features > Ethan Iverson: A Decade of “Do the Math” 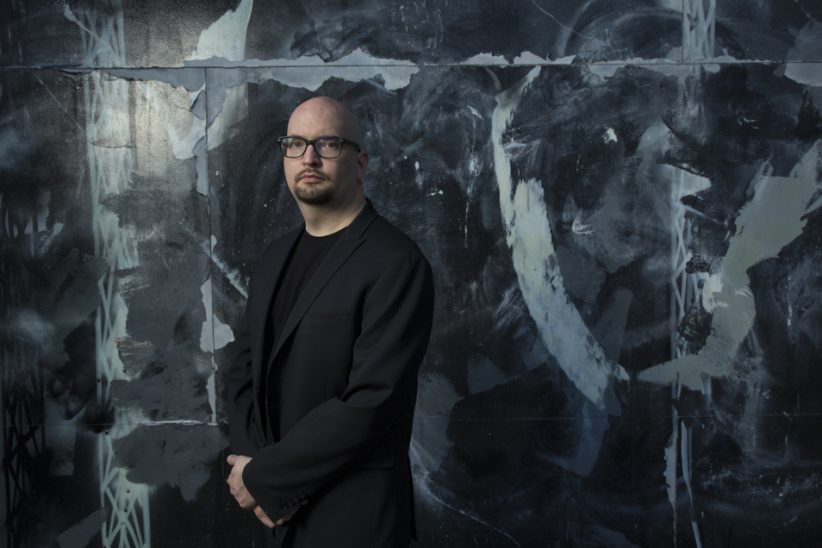 Whether or not the popular jazz-focused blog Do the Math recently celebrated its 10th anniversary depends entirely on when you choose to start counting. Based on the moment a blog by that name came into existence, we’re a little over a year late. Do the Math launched in September 2005, without fanfare or even an introduction-just a list: recommended live performances, among them Strauss at City Opera and the Motian/Frisell/Lovano trio at the Village Vanguard; DVDs, including Errol Morris’ groundbreaking documentary The Thin Blue Line; books, mainly crime novels, which continue to be a staple on the site; and recordings, with titles by Ornette Coleman, Keith Jarrett and Interpol.

That was it. No commentary, no introduction, just a bunch of stuff capturing the attention of the three members of the Bad Plus. Do the Math wasn’t an outlet for pianist Ethan Iverson’s musings at the time; it was meant to be a band blog for all three members of the irreverent trio to broadcast their diverse interests. “We had this energy around the Bad Plus in 2004 and ’05,” Iverson recalled recently, backstage before a gig at the Philadelphia Art Alliance. “We were touring the country and the Internet was just starting to really get going, and we thought our love of a lot of different kinds of music would be a nice thing to share with our fans.”

The blog evolved over the following year, at first interspersing band news, photos and set lists, and gradually expanding to include link roundups to articles of interest, brief tour-bus musings and occasional bouts of whimsy (drummer Dave King’s rewrite of a Diff’rent Strokes episode in the style of David Mamet, to name one example). In April 2006, Iverson posted a link to his six-hour interview with drummer Billy Hart, at that time hosted on Hart’s site rather than on Do the Math, pointing the way to the famously lengthy conversations that would become one of the blog’s trademarks. In September, Iverson penned an appreciation of the recently departed Dewey Redman, inaugurating another tradition.

By the end of 2006, then, the key elements we now recognize as Do the Math were in place. Gradually King and bassist Reid Anderson lost interest in contributing, but Iverson had found a passion. So if late 2016 doesn’t exactly coincide with 10 years of life for the blog, it does commemorate a decade of its maturity. The site is now a repository for Iverson’s fascinations, brief thoughts and lengthy analyses, snarky humor and even a flirtation with investigative journalism. Of a recent post that points out the links between the owner of Steinway pianos and Donald Trump, Iverson said, “I felt like Bob Woodward that day.”

Redman played another key role in Iverson finding his voice as a writer. Having worked with the veteran saxophonist briefly, Iverson recalled the stories that Redman had told, through which he learned lessons he hadn’t found in any book. “Hearing Dewey talk about music was revelatory, because I had a bunch of opinions about jazz that turned out to be totally invalid when confronted with an actual jazz master,” he recalled.

“Dewey was a super-competent, super-professional musician, but there was also this inherent bluesy quality to his personality and the way he lived his life. Dewey Redman never had a bank account. He never paid taxes. He didn’t have a buzzer in his building; if you wanted to go to Dewey Redman’s house, you had to call him from the corner so he could come down and let you in. It was all closer to the bone and more bohemian than I had imagined. I think that in general, jazz masters, while being very elegant, intelligent people, also have a bluesy side to their existence that was totally revolutionary to a white Wisconsin farm kid.”

Being a musician has granted Iverson access unavailable to a writer whose experience in the music business stops at the edge of the bandstand. It’s a quality reminiscent of some of the best long-form culture interviews-think of Peter Bogdanovich’s conversations with pioneering filmmakers-and most popular podcasts: Marc Maron commiserating with other comedians in his garage, or even Stone Cold Steve Austin swapping war stories with fellow wrestlers. “The weird thing about the Internet is you can get as nerdy as you want on your own dime,” Iverson said. “With no editor to say, ‘Look, enough technical talk,’ we can get into really talking about specifics. I know Keith Jarrett appreciated both the interviews I did with him, and I’m sure it’s because I’m asking him about whether he writes in fingerings. This is actually stuff that he deals with every day, and his average interviewer wants to talk about big-picture stuff.”

While the Internet has often been derided for obliterating attention spans, Iverson instead seizes on its lack of confines to indulge in exponentially lengthier conversations. His interviews can run into the tens of thousands of words, and these comradely and sometimes rambling dialogues are refreshing, often getting into subjects of interest that a more formal interview would never approach. The blog as a whole does that for Iverson as well: Through dwelling on his wide-ranging tastes, he affords the curious listener unique insight into his own unconventional playing. Though hopefully not too much. “I would never be somebody who wanted to feel like I really knew how it all worked,” Iverson insisted. “I think there needs to be some mystery to music, particularly in jazz.”

OK, that’s funny, but it also implies a problem. People who dismiss the accordion as soon as they hear it, as soon as it triggers … END_OF_DOCUMENT_TOKEN_TO_BE_REPLACED