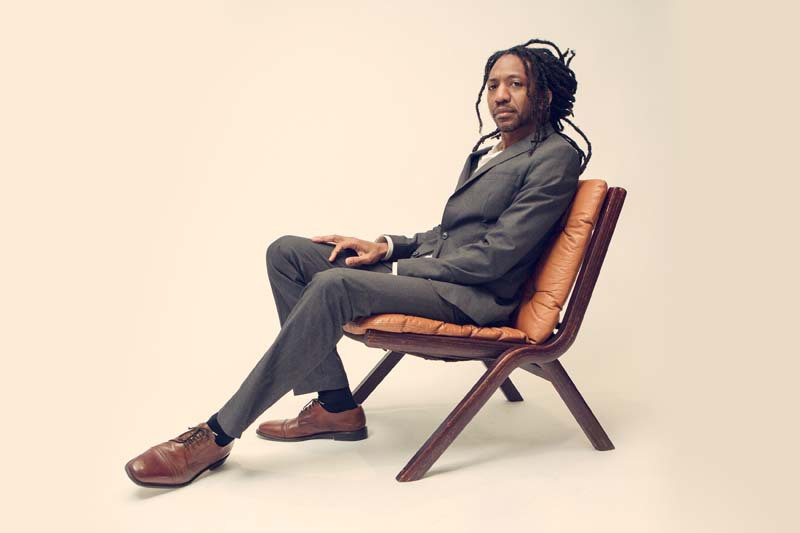 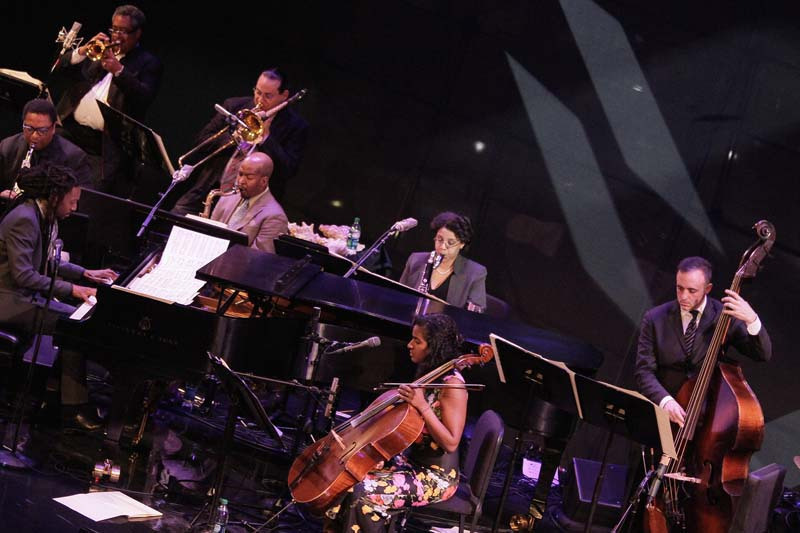 In February, in the Appel Room at Jazz at Lincoln Center’s Frederick P. Rose Hall, pianist Elio Villafranca played a syncopated rhythm on the guataca, an ax blade he brought back from a 2001 trip to his native Cuba. After a few bars, the metallic clang served as a rhythmic backdrop to a recording of the chant to “Maluagda,” which Villafranca had made on the same trip. Despite its seeming familiarity, the song had never been performed at Lincoln Center, and probably never in New York. The musical tradition called Tambor Yuka, which Villafranca grew up on, though part of the Congolese diaspora, has remained largely absent from Latin-jazz conventions. For the most part, people don’t go there, and if they do, they never get that close.

“In the chant, it’s ‘Come, Maluagda. Pobrecita Maluagda.’ She’s crying. It’s a very emotional piece,” says Villafranca, describing his musicological research on a recent afternoon at Lincoln Center’s Alice Tully Hall, before a rehearsal of his new large-scale composition. “I asked them, ‘Who is Maluagda?’ And they said, ‘I can’t tell you.'” To Villafranca, the mystery of the song’s provenance didn’t matter; its lyrical power spoke for itself.

With shades of Mingus’ “Haitian Fight Song,” “Nica’s Dream,” Ellington’s Latin American Suite, Chico O’Farrill’s Afro Cuban Jazz Suite and traces of Beethoven, Villafranca organically merged improvisation and meticulous orchestration, odd meters and 4/4 time, a classical background and a jazz pedigree. The effect evoked a seamless multiculturalism without sacrificing individual flair. A lot went into the melting pot, making it decidedly beyond category-and nothing short of revelatory. “When I came to this country, Latin jazz and jazz were kind of separate,” Villafranca says. “Ever since I started realizing that, I wanted to do something that was in both worlds, which it is for me. It’s one thing.”

For Villafranca, the oral and written musical traditions are also one, but the challenge of preservation is not necessarily equal. “Those traditions are transmitted family to family,” he says. “The last time I was there, I said, ‘You need to protect this.'”

Villafranca was raised in San Luis, in the southwestern Pinar del Rio province, where the tobacco for Cohiba cigars is grown. He received his classical training in composition at the Instituto Superior de Arte in Havana, studying the post-Romantic composers with the school’s predominantly Russian faculty. “You’d have someone translating, because they couldn’t speak Spanish,” Villafranca recalls. After graduating, Villafranca toured with Cuban folk singer Carlos Varela for eight years, but when he immigrated to Philadelphia in 1995 to pursue jazz and his own compositions, the Cuban government labeled him a traitor. Since, he has performed with Pat Martino, Terell Stafford, Bobby Sanabria and numerous others, in addition to teaching at Temple University and Juilliard.

At 46, Villafranca has the youthful exuberance of a man half his age, and it shows in the suite’s complex interlocking parts and rhythmic shifts, which demanded rigorous concentration from the musicians. During an interlude, Villafranca demonstrated this fact by comically dropping the voluminous score for one of the movements on the stage, letting it expand and contract like an accordion. “I’m really loving the music, but I am not as adept at reading as I used to be,” Faddis says after the second night, in a show of humility more indicative of the composition’s technical difficulty and the limited practice time. “I had a good time, mistakes and all.”

Dedicated to Joseph Cinqué, the leader of the Amistad revolt, Villafranca’s suite takes its inspiration from two towering figures in the Caribbean’s colonial past: Haitian revolutionary Toussaint L’Ouverture and Cudjoe, the Jamaican leader who led the 1730 First Maroon War. Rather than a polemic against creolization, Villafranca honors the history of pan-African resistance by channeling the legacy of the Maroons, escaped slaves who lived autonomously from within imperial rule. Cinqué embraces a version of the concept of marronage, defined by escape, by championing a form of cultural hybridization that reverses appropriation without undermining “Maluagda,” Ellington or Rachmaninoff. Villafranca’s composition deconstructs a series of false dichotomies: folkloric and high classical traditions intermingle; primitivism and modernism collapse into each other; the street enters the concert hall. There is no hierarchy, just aesthetic difference. The only common ground is the pentatonic scale.

The rhythm of Tambor Yuka is inextricably linked to ritual practice and has an earthy feel. In contrast to the more familiar Yoruba and Santeria rhythms, Congolese music employs no clave, Villafranca says, and uses what are thought to be the oldest hand drums, fired from hollowed-out avocado trees before the drum head is nailed on. “When you see a Yoruban dance, you see that all the movement is up to the sky. In the Congolese tradition, their gods are on the ground, so the dance is grounded,” Villafranca says. Beyond Hechavarria’s dance, Villafranca emphasized the Congolese focus on ecological interdependence when Turre improvised on an array of conch shells. “The shell is a root sound, and people were playing the shells in Africa, India, in Polynesia, in the Caribbean, ancient Mexico,” Turre says. “Elio’s music weaved together some ancient things with some modern things in a unique way. It wasn’t just trying to be different.”

The suite culminated in the movement “Comparsa,” based on the Cuban carnival, during which Villafranca cued the audience in a call-and-response chant that conjured his lively upbringing. “People here live culture in a completely different way. They have to go to the theater, or come and see me or other people,” he says. “In Cuba, I live culture on the streets.” Villafranca is currently adapting his suite for a symphonic orchestra premiere in Bolivia this September, and hopes to preserve the audience participation. “It’s only a comparsa if everybody participates,” Villafranca says. “If it’s not, then it’s not a comparsa.”

When you’re on TV, everybody knows you, or at least thinks they know you. Take Kevin Eubanks, who was on NBC’s Tonight Show five nights … END_OF_DOCUMENT_TOKEN_TO_BE_REPLACED

Jimmy Katz leads many lives. He is the preeminent currently active jazz photographer, and has shot more than 200 magazine covers and over 600 recording … END_OF_DOCUMENT_TOKEN_TO_BE_REPLACED

Take a look at Blue Note Records’ release schedule for 2022 and it’s hard to miss the significant percentage of electronic-oriented music. In March, the … END_OF_DOCUMENT_TOKEN_TO_BE_REPLACED