Skip to content
Become a member and get exclusive access to articles, live sessions and more!
Start Your Free Trial
Home > Features > Eddie Gomez: “I Love It All” 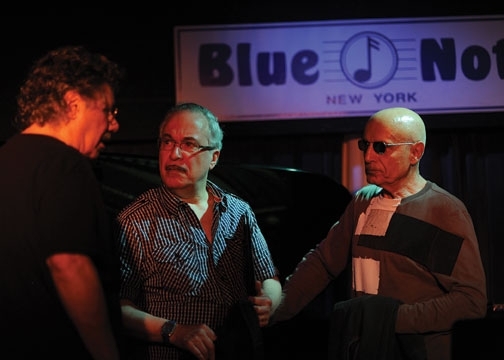 Bill Evans, Eddie Gomez and Eliot Zigmund (from left) in 1975 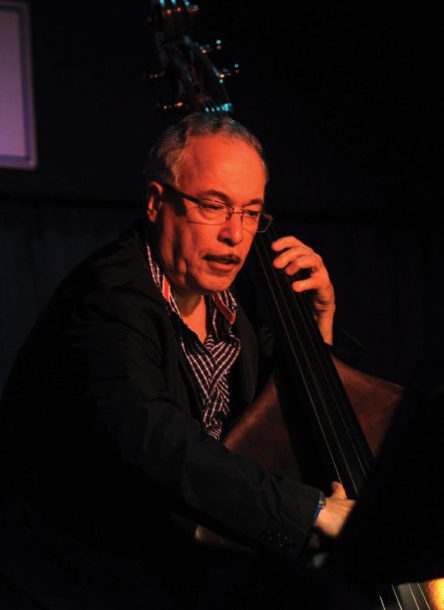 Eddie Gomez at the Blue Note in May 2010, during the performances that became "Further Explorations"

Just imagine: It’s 1961, you’re still in high school, and you’re playing bass in casual downtown New York sessions with an intriguing pianist and Juilliard student by the name of Chick Corea. That’s a big part of how it all began for Eddie Gomez. Little did the Puerto Rican-born bassist know that Corea would become a jazz giant, and more important, a lifelong musical ally. Corea’s new two-disc offering, Further Explorations (Concord Jazz), with Gomez on bass and Paul Motian on drums, is but the latest chapter in a story that goes way back.

Recorded in May 2010 during a two-week stint at the Blue Note in Manhattan, Further Explorations is nominally a Bill Evans tribute-the title a reference to Evans’ 1961 classic Explorations, featuring Motian and bassist Scott LaFaro. It made plenty of sense to recruit Gomez for the Blue Note gig: Starting in 1966 and continuing for 11 years, Gomez played in the Bill Evans Trio and thereby made his first big mark in the jazz world. Appearing on such albums as A Simple Matter of Conviction, The Tokyo Concert and the Grammy-winning Bill Evans at the Montreux Jazz Festival (1968), Gomez lived and breathed Evans’ trio aesthetic, with its deep lyricism, impressionistic harmony and flowing equal-partner dialogue.

For better or worse, Brian Jackson’s name will be forever tied to his symbiotic collaboration with Gil Scott-Heron. Mostly for better, because the two produced … END_OF_DOCUMENT_TOKEN_TO_BE_REPLACED

Earl Newman wasn’t much of a jazz fan back in 1963 when he was hired to produce a poster promoting the Monterey Jazz Festival; the … END_OF_DOCUMENT_TOKEN_TO_BE_REPLACED

Jazz music really was a saving grace in my life,” says pianist, composer, and bandleader Helen Sung. She approaches the big statement with little ceremony, … END_OF_DOCUMENT_TOKEN_TO_BE_REPLACED

America’s most famous harpist is Harpo Marx: he of the curly mop of hair, sealed lips, and an overcoat full of props. When he sat … END_OF_DOCUMENT_TOKEN_TO_BE_REPLACED