Skip to content
Become a member and get exclusive access to articles, live sessions and more!
Start Your Free Trial
Home > Features > Dr. Lonnie Smith: The Doctor Is In! 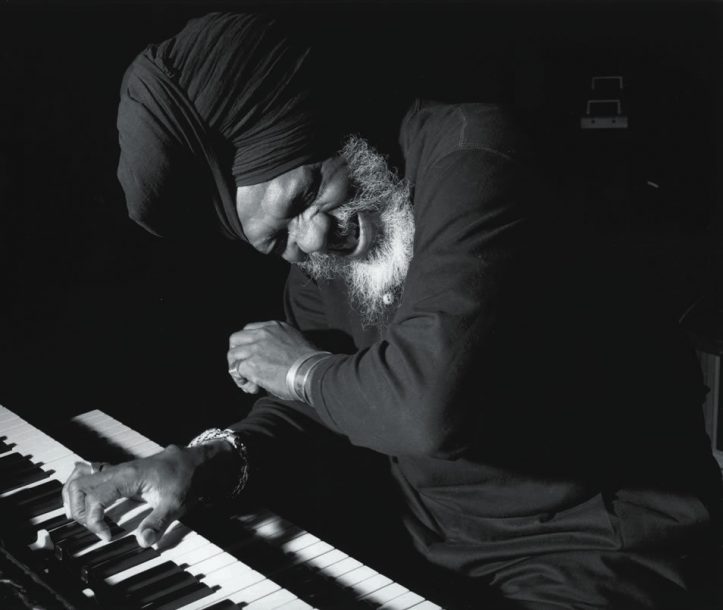 Sitting behind a hulking Hammond B3 organ, Dr. Lonnie Smith is a riddle wrapped in an enigma wrapped in a turban. Few people know whether the man some guidebooks say is 62 earned a doctorate in medicine or music. The answer? Neither. One story has it that he earned his “Dr.” moniker from his fellow musicians as a tribute to his ability to “doctor up” their music, although he might have just appropriated the nickname in the mid-1970s to distinguish himself from keyboardist Lonnie Liston Smith.

And what about that turban? Smith claims it’s an authentic Sikh wrap, though the Buffalo, N.Y., native seems more Baptist than Sikh.

Georgia Anne Muldrow laughs easily when she speaks. The charm of her laughter does not come from anything silly, although she can be downright funny … END_OF_DOCUMENT_TOKEN_TO_BE_REPLACED

For her entire career, trumpeter, singer, and composer Sarah Wilson has been wrestling with apparently separate pursuits: trumpet vs. voice; living and working in New … END_OF_DOCUMENT_TOKEN_TO_BE_REPLACED

Is Merriam-Webster’s definition of jazz, “American music developed especially from ragtime and blues,” valid in South Africa or Brazil? Is the first sentence of the … END_OF_DOCUMENT_TOKEN_TO_BE_REPLACED

Argentine expat jazz singer/composer Roxana Amed knows something about being a stranger in a strange land. She also knows how to adapt, meet like-minded musicians, … END_OF_DOCUMENT_TOKEN_TO_BE_REPLACED