Skip to content
Become a member and get exclusive access to articles, live sessions and more!
Start Your Free Trial
Home > Features > Dimitris Kalantzis: A Jazz Tribute to Manos Hadjidakis 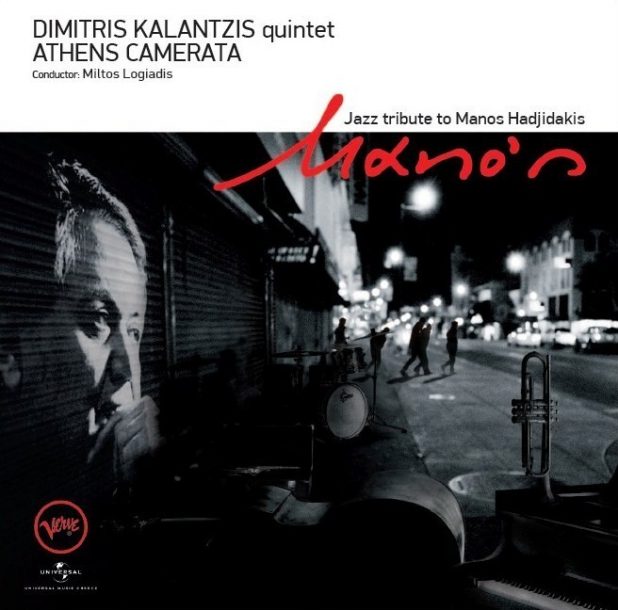 Undoubtedly, people know how to appreciate and appraise what is real and sincere. The “key” when someone renders or adapts music is (to have) respect. Respect towards the original music, so that audience can positively and handily listen to a new concept of a favorite repertoire.

Is your CD a “cause” for Greeks to listen to jazz and an international presentation of jazz made by Greek repertoire?

I guess that one of the reasons that the big majority of Greek audience does not listen to jazz music is the fact that they were not given the appropriate occasions. For example, songs they can identify and know lyrics which they love. However this is what is happening in America and I am referring to the repertoire called standards, for short.

Does playing “a jazz tribute to Mano’s” add musical experimentation and freedom?

This project was originally performed and played by a quintet; the strings were added along the way. Certainly playing with strings enriched the whole color of sound. On the other hand when we play as a quintet there is more freedom, because neither the periods of the solos are specified, nor the mood of their backup, which is significantly influenced by the written part of the strings.

Is the idea of improvisation a key element in a jazz-project?

With no intention of underestimating the role of orchestration and arrangement of music in a jazz project, improvisation is the most essential part for both musical and time duration aspect. That is why there is a great importance on who and how is playing. Particularly besides me, my fellow musicians are: Takis Paterellis, Andreas Polyzogopoulos, Alexandros Ktistakis, Giorgos Georgiadis. Giannis Antonopoulos is the arranger of strings and Miltos Logiadis is the conductor.

Do you rediscover Manos Hadjidakis every time you play his music?

For Greek musicians of my generation, Manos Hadjidakis music is a kind of an “aesthetic” memory which goes a long way back. The occasion of Mano’s – A τζαζ Tribute To Manos Hadjidakis project revived this memory in the best way, at least for me.

What inspires you to create jazz music?

When someone is “negotiating” music in order to present a new concept, the technical features like harmony or rhythmical identity don’t really matter. If you are moved by a piece of music then, I believe, you will find a way to “translate” it to your own language.

Who are your greatest influences?

Will you perform in USA or other countries?

There is going to be one concert in New York in June or July. We are planning another in Luxembourg and we hope for many more.

Here is a video clip from the project.

When you’re on TV, everybody knows you, or at least thinks they know you. Take Kevin Eubanks, who was on NBC’s Tonight Show five nights … END_OF_DOCUMENT_TOKEN_TO_BE_REPLACED

Jimmy Katz leads many lives. He is the preeminent currently active jazz photographer, and has shot more than 200 magazine covers and over 600 recording … END_OF_DOCUMENT_TOKEN_TO_BE_REPLACED

Take a look at Blue Note Records’ release schedule for 2022 and it’s hard to miss the significant percentage of electronic-oriented music. In March, the … END_OF_DOCUMENT_TOKEN_TO_BE_REPLACED