Skip to content
Become a member and get exclusive access to articles, live sessions and more!
Start Your Free Trial
Home > Features > Davy Mooney Invents His Own Tradition 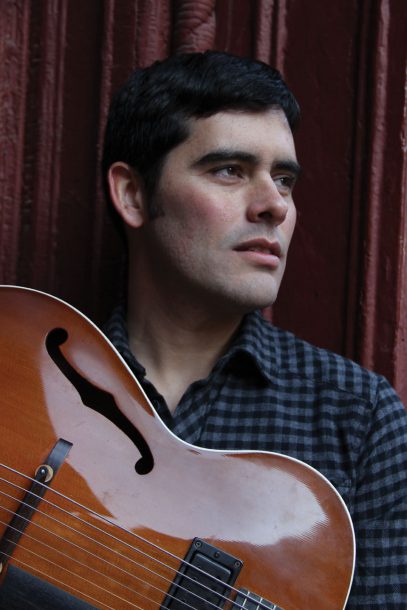 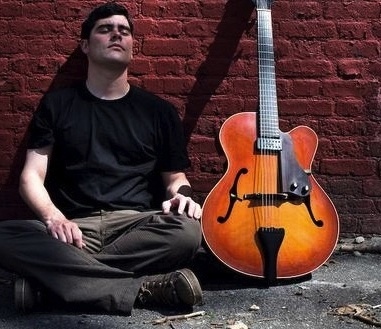 As a seven-string guitarist, John Pizzarelli is the most visible practitioner in a small but accomplished lineage based in swing: players like pioneer George Van Eps, Harold Alden and, of course, Pizzarelli’s father, Bucky. The next link in the seven-string chain is, like Pizzarelli, a singer as well as a guitarist. But Davy Mooney, a 32-year-old native of New Orleans, plays in a far more modernist milieu than those forebears.

“It doesn’t really get as much attention, but there’s always been a strong modern-jazz counterculture in New Orleans,” says Mooney, who now resides in Brooklyn. “The seven-string guitar tradition came to me through people on that side-like Steve Masakowski, who was one of my teachers, and Hank Mackie. And there’s also the influence in New Orleans of Lenny Breau, who played a different kind of seven-string. So there was kind of a different tradition.” Mooney’s work also contains generous helpings of folk-rock, his first musical love; it can be heard seeping through the cracks on his fourth and latest solo disc, the Sunnyside release Perrier Street.

“But I always heard John on the radio, and appreciated it,” he adds. “He’s a wonderful player and a fabulous singer. I’ve always liked John’s music.”

The feeling is mutual. Mooney and Pizzarelli met at the 2005 Thelonious Monk International Guitar Competition in Washington, D.C., where the latter was a judge. “From the very beginning he was in my corner and very supportive of me,” says Mooney. He doesn’t exaggerate. The competition took place just after Hurricane Katrina; Mooney was an evacuee who’d left nearly everything behind. Pizzarelli gave him a guitar and amp, a major boost in both the younger player’s morale and his professional means. In addition, says Mooney, “He suggested after the competition that we do a record together. And then it actually happened, which was great!”

Last Train Home (Challenge), their 2009 duo project, demonstrates the difference between the two players. Mooney has a rounder, more resonant tone compared to Pizzarelli’s subtler, clipped delicacies, and a clear debt to bop phrasing. The repertoire, however, is largely on the younger guitarist’s turf-tunes by Pat Metheny, Thelonious Monk and Don Grolnick, as well as two Mooney originals. At least, you’d think it was his turf: The song selection was actually Pizzarelli’s. “It was really fascinating to me how many different kinds of music he’s into,” Mooney says. “I was initially thinking we were going to do standards, thinking of the music of John’s that I was familiar with. And he was like, ‘No, let’s do this!’ It turned into a much more eclectic thing.”

The record thus shows that despite their different lineages, Mooney and Pizzarelli operate on a similar musical plane. Asked if he considers himself Pizzarelli’s heir apparent, Mooney laughs. “I’ve never been described as anyone’s heir apparent,” he says. “But I really admire John’s playing, his musicianship, his overall approach. Heir apparent? Hey, I’ll take it!”

Guitarist Will Bernard bears the bittersweet blessing of virtuosic skill and eclectic taste, making his music a perpetual delight and yet hard to categorize. Maybe … END_OF_DOCUMENT_TOKEN_TO_BE_REPLACED

At 95, Chicago-based guitarist George Freeman is among the world’s oldest active jazz musicians. Although he came of musical age in the 1940s and counts … END_OF_DOCUMENT_TOKEN_TO_BE_REPLACED

When you’re on TV, everybody knows you, or at least thinks they know you. Take Kevin Eubanks, who was on NBC’s Tonight Show five nights … END_OF_DOCUMENT_TOKEN_TO_BE_REPLACED