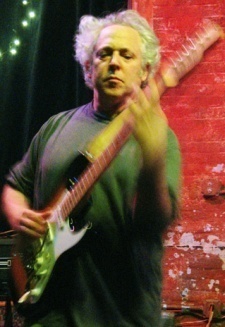 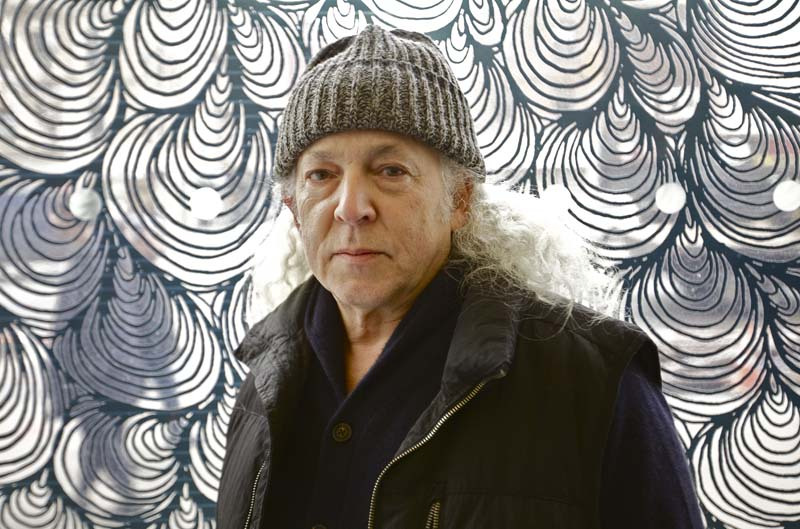 The guitarist, composer and producer David Torn’s sky-gazing habit began in 1992, after a benign brain tumor had nearly ended his life. As a result of the surgery that saved him, he lost his hearing in one ear and subsequently became sensitive to minute shifts in barometric pressure. “I thought, if you’ve got to know what the atmospheric pressure’s going to be, you might as well actually pay attention,” says Torn.

He took hundreds of photos of the sky as he documented his recovery process, and describes his new, wholly improvised solo-guitar album, only sky (ECM), as a parallel to that process, but with a different spirit. “It seemed to suit the underlying theme of the way in which this music is made, but the idea of sky-gazing, where every thought is just a cloud, does not really encourage that full-on physical commitment that music requires. Sometimes [the music on this album] is really earthy.”

The sessions for only sky required Torn be nothing if not committed. It was February 2014 and the 1,200-seat Experimental Media and Performing Arts Center in Troy, N.Y., was dark and empty, blanketed by the eerie calm of a brutal snowstorm. He sat on the stage there, ensconced in a snake pit of cables with an electric guitar and oud. He could barely make out the silhouette of his engineer, Daniel James Goodwin, a longtime collaborator, as he strummed the first notes-darkness was one of the only conditions that was planned. There was no music notation, no relying on reflexive facility. After a few days, the master tapes were finished and the mixing process began.

“I went for the moments I could remember a week later,” Torn says of the material that made the final cut. “It’s a weird way to make a record, but it’s a weirder way to make a tour.” Torn undertook the project soon after debuting the title track live, as an introduction to his TEDx Caltech talk in 2013. (Video of that talk, easily found online, is essential viewing: In it, Torn recounts the frightening mid-tour episode that led to his seeking medical treatment, and discusses the mysterious, uncharacteristic depression that anticipated his diagnosis.) Like the restructuring of neural pathways or the shifting cloud formations that inspired only sky, what Torn played that night is related to but distinct from the 22-city solo tour in support of the album. With each performance, the 62-year-old electronic-music progenitor reveals a new facet of his guitar-based explorations of consciousness that in recent years have rarely made it beyond the studio walls.

A multi-hyphenate creative force, Torn has long established himself as the J.M.W. Turner of textured guitar, adding contemplative fuzz to albums by David Bowie, John Legend and saxophonist Tim Berne, among countless others. This year, Torn produced You’ve Been Watching Me, Berne’s third release with his band Snakeoil, and Brand New Day, a collaboration between singer-songwriter Donna Lewis and the Bad Plus, in addition to forthcoming producing and mixing projects for pianist Matt Mitchell and bassist Michael Formanek. As an in-demand film composer, Torn crafted scores for That Awkward Moment, Jesus Henry Christ, The Wackness and Lars and the Real Girl, in addition to work on dozens of scores by veteran composers like Howard Shore, Carter Burwell, Cliff Martinez and Ryuichi Sakamoto. From his Cell Labs home studio in Ulster County, N.Y., operating as splattercell, an erstwhile moniker that is now his company name, Torn has quietly built one of the busiest careers in improvised music, but he still finds time to gaze at the sky.

The idea to record in a concert hall came in 2013, after a photo shoot that took place at the Merkin Concert Hall in New York. Torn brought an amp to the shoot and plugged in to take his mind off the camera. The resonant experience eventually led him to book several days at the EMPAC to record only sky.

The album pairs atmospheric and melodic approaches to improvisation; the final product floats ethereally in between earth and sky. To vary the aesthetic, part of the album was recorded in pre-dawn sessions at Torn’s home studio, using little more than a Hexe Revolver device to create looping and stuttering effects. Compared to the aleatoric meditations at the EMPAC, the change of scene and pared-down electronics engendered a more motivic, lyrical sensibility. Yet in both settings, Torn preserved the integrity of the moment, glitches and all-there were no overdubs, and after hitting record, he kept the tape rolling. Post-production was more for clarity than embellishment.

The album is the latest entry in a decades-long relationship with ECM’s founder and resident producer Manfred Eicher. Torn first worked with ECM beginning in 1982, with the self-titled debut of the Everyman Band, a fusion group that had backed Lou Reed and Don Cherry on alternating tours. This led Torn to a gig with Jan Garbarek and two albums as a leader, both on ECM: the primarily solo Best Laid Plans and Cloud About Mercury, a 1987 fusion release with drummer Bill Bruford, bassist Tony Levin and trumpeter Mark Isham. When Isham branched out into film composing, he enlisted Torn as a session musician, and word gradually spread of Torn’s offbeat cinematic talent. While working on Adaptation under composer Carter Burwell, Burwell recommended Torn to director Brian Helgeland for his first major film as a composer, the 2003 thriller The Order, a score Torn describes as “probably one of the strangest things I’ve done.” It was nominated for a Grammy.

Torn recorded Donna Lewis’ Brand New Day at the same studio, achieving a radically different sound that demonstrates his range as a producer. “I call him my fierce, gentle wizard,” says Lewis, who collaborated with Torn on Chute, a 2010 EP. For Brand New Day, which consists mostly of pop covers, including Lewis’ own “I Love You Always Forever,” Torn did all the arrangements and recruited the Bad Plus. “He does something magical. The subtlest and smallest of things that David comes up with make it something special.”

As Torn takes his own album on the road with no backing band, he has the confidence of a seasoned artist at the peak of his powers, tempered by the humility of knowing the heights scaled by others. “Do I think it’s the best thing I’ve ever done? No. Do I think it’s the summum and ultimum of what I do? No. There’s no country or blues,” Torn says. “But if I never made another record again, I would be really happy that I made this one last.”

When you’re on TV, everybody knows you, or at least thinks they know you. Take Kevin Eubanks, who was on NBC’s Tonight Show five nights … END_OF_DOCUMENT_TOKEN_TO_BE_REPLACED

Jimmy Katz leads many lives. He is the preeminent currently active jazz photographer, and has shot more than 200 magazine covers and over 600 recording … END_OF_DOCUMENT_TOKEN_TO_BE_REPLACED

Take a look at Blue Note Records’ release schedule for 2022 and it’s hard to miss the significant percentage of electronic-oriented music. In March, the … END_OF_DOCUMENT_TOKEN_TO_BE_REPLACED