Now the bandleader is beginning the same process in Colombia, where he showed up with some broad sketches based on his own research, but mostly just to learn from the locals. He chose to focus on lumbalú, the music of Palenque’s elaborate mourning ritual of the same name. “It’s not only paying respects to the deceased, but it’s almost like a reflection of where you’re going: you’re going back home,” Sánchez says. “It’s an ancestral reflection.”

Unlike in Haiti, Sánchez spent some time in Colombia with local musicians. “Most of these guys were folkloric musicians, and some of them didn’t necessarily read music,” he explains. “So I took a full day just playing with them, just using the oral and aural approach and not the written approach, and that was incredible. Ultimately it’s a language. We all learn our own language by ear, and then later on we figure out the symbols. It starts so pure because we have no choice but really and truly relating from the very beginning.”

The music has some personal relevance as well; in 2017, Sánchez’s wife Karla died after battling a long-term undisclosed illness. That was the same month that Hurricane Maria ravaged Puerto Rico. Less than a year later, Sánchez’s father died.

“Dealing with mortality like this has definitely impacted me as a person, and therefore it’s going to reflect in the music one way or the other,” Sánchez says. “With this project, my wife would say, ‘It’s been a long time since I’ve seen you have this kind of spark.’ She got excited as well, just because she saw that in spite of all the obstacles and adversity that this was something that would make things brighter for a little bit. So she got into it too, and helped me out a lot. She was the one who said, ‘We’ve gotta go [to Haiti],’ and pushed for it.”

As he grieves for his wife, his father, and his country, though, Sánchez remains hopeful. “Sometimes when we supposedly reach bottom, there’s something in there that is bigger than we think it is,” he says, alluding to Puerto Rico’s citizens forcing the territory’s governor to resign. “It’s an opportunity for us to reinvent ourselves, and get strong in ways we didn’t even imagine we were. The Puerto Rican people have shown that they are strong when they said, ‘No more, we’re going to go in the streets and paralyze this whole thing. You don’t think we can? You think we’re nothing? Okay, here we go.’ And they did it. I was thrilled.”

Besides hoping a similar revolution might be fomented on the mainland, Sánchez is mostly focused on reconnecting with his past, and the past of all descendants of the African diaspora, through jazz—a never-ending mission that’s already spurred a lot of fascinating detours, from Haiti to Colombia and probably soon some other semi-remote enclave.

In Palenque, Sánchez explains, mourners have a specific approach to fitting their sadness into the big picture. “The ancestors went back,” he says, “but they’re here with us. If you approach it like that, it’s like, they are with us. They are us, in a way.” 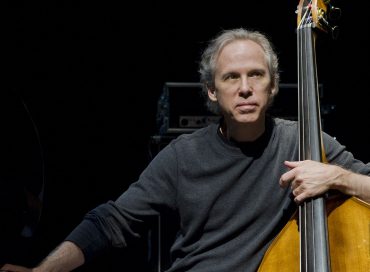 When Marc Johnson left North Texas State University in 1977, it was through a revolving door into the Woody Herman Orchestra. Two years prior, the … END_OF_DOCUMENT_TOKEN_TO_BE_REPLACED

COLLECTORS’ TIPS If your goal is to build a jazz vinyl record collection from scratch, you have several options: buy reissues, whether all-analog or digitally … END_OF_DOCUMENT_TOKEN_TO_BE_REPLACED

It’s late fall, but still balmy on this Wednesday evening at Teder—a one-of-a-kind outdoor entertainment venue nestled in the courtyard of a historic building in … END_OF_DOCUMENT_TOKEN_TO_BE_REPLACED

When the band Ranky Tanky released its eponymous debut album in 2015, the response was remarkable. Seemingly overnight, this South Carolina group that celebrates the … END_OF_DOCUMENT_TOKEN_TO_BE_REPLACED