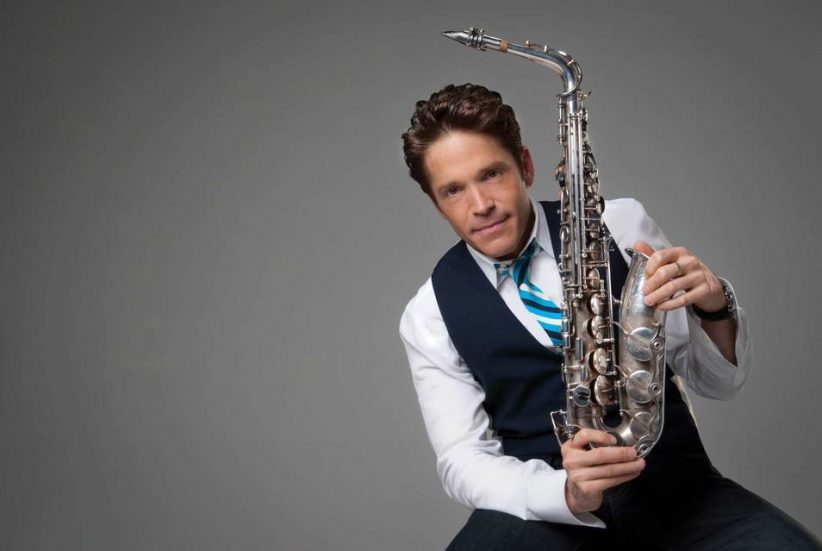 Dave Koz didn’t particularly want to sing on his latest album, Hello Tomorrow on Concord Records, but he had fallen in love with the idea of including a remake of Herb Alpert’s “This Guy’s in Love with You” on that record. “So I took it to my producers [Marcus Miller and John Burk] and they said, ‘Yeah, we love that song but, you know, are you going to sing it?’ And I said, ‘What? I’m not really a singer!’ and they said, ‘Well, neither was Herb-so you’re singing it!'”

So now we can add singer to Koz’s already lengthy resume of job titles within the smooth jazz genre (though he had already recorded one vocal tune on an earlier record). The saxophonist also hosts a nationally-syndicated radio show, as well as a very successful cruise. And he’s appeared as a guest on numerous TV shows. He’s currently getting ready for his Smooth Jazz Christmas tour with Brian Culbertson, Candy Dulfer and Jonathan Butler. It seems as if he’s cultivated a multi-faceted profile for himself, perhaps as a form of strategic leverage in tough economic times, but Koz says that all that diversification was not part of some larger master plan for his career. “I think it was like ADD more than anything,” he says, laughing. “I get bored easily and I like all those challenges. The cruise for example is a great challenge because it’s like programming a network for a week, every hour of every day-coming up with something for people to do. I love that.”

In Lee Daniels’ film The United States vs. Billie Holiday, the words “Earle Theater, Philadelphia, May 27, 1947” flash onscreen, and one sees a row … END_OF_DOCUMENT_TOKEN_TO_BE_REPLACED

Like an ornery real-estate magnate, the work of Nick Millevoi screams, “Location, location, location.” Whether as a composer or as a guitarist, he makes music … END_OF_DOCUMENT_TOKEN_TO_BE_REPLACED