Skip to content
Become a member and get exclusive access to articles, live sessions and more!
Start Your Free Trial
Home > Features > Dave Grusin: Inside Story 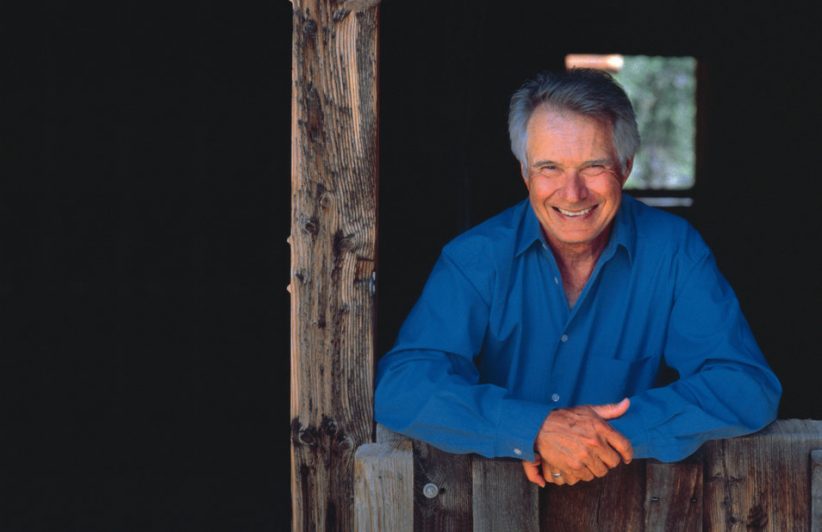 Dave Grusin’s 40-year career in the music business has led him down many paths, and all have been successful for this gifted musician, composer, arranger, recording executive, and cowboy. Now, at 63, Grusin has added another credit to his already packed résumé, a hip-but-respectful reworking of the Leonard Bernstein-Stephen Sondheim classic West Side Story, officially titled Dave Grusin Presents West Side Story, on his N2K label. And even he’s amazed at how high-tech this new venture is.

Blending music with hot video and audio technology, the CD is available both as an audio recording and as a DVD, the latter including interviews with artists, and details on how the production came together—presented in mind-blowing 5.1 Dolby digital surround sound.

Grusin, however, admits to not knowing about “the DVD thing” until the project got underway, with producer Phil Ramone championing the concept. “I don’t know much about the technological aspects, but I do get excited about exploring the possibilities they can offer,” he said. “But the older I get, the less critical these advances become and the more I realize that it’s the notes and the music that are the reason for it all.”

Grusin, a self-admitted worrier, also considers the technology somewhat of a roadblock for his hands-on work with the recorded mix: “Every new advance leaves me more and more in the dark. In the old days, when there was something wrong with the mix, I knew that if I had a studio and could stay up all night, I could run in and fix it. With this stuff today, though, I don’t even know where to begin.”

It’s writing, however, that has made Grusin the sought-after commodity he is, both in Hollywood and the recording studio. He began working on the score of the West Side Story project in April 1997, deciding to make it a “jazz version,” he said, “without messing around with Leonard Bernstein’s original intent. One of the things that originally attracted me to this show was the jazz language used in its orchestration. We hear the original soundtrack today and to some it may sound dated. But 40 years ago, it had tremendous impact.”

What Grusin did was study the original score, with its brilliant orchestrations by Sid Ramin and the late Irwin Kostel, and let the tunes go where they wanted to in his mind. “I wasn’t writing original music,” he said. “I was recomposing, going beyond arranging or reorchestrating, but still not changing things too much. Maybe contemporizing is the best word, and adding to its original jazz flavor. But it was done with great respect for the original music. You don’t change things here because the original wasn’t any good!”

Adding to the mix are vocals by Jonathan Butler, Gloria Estefan and Jon Secada, playing with a band that includes major leaguers such as Michael Brecker, Ronnie Cuber, Bill Evans, John Patitucci, Lee Ritenour, Arturo Sandoval, Dave Valentin and Dave Weckl. “After I heard the recording I called Weckl and told him that this was his record—the drum work on it is just unbelievable,” said Grusin. “And the ensemble playing—the core of this band—is flat-out incredible.

“I’m amazed the project is done,” he added. “I’m not a very organized person-I sort of plunge into this stuff, and a lot of time it feels like I’m putting out fires instead of being involved in the creative process. But that may be a good motivator for me.”

Grusin credits his musical aptitude to both environment and heredity, his dad being an exceptional violinist who made sure their house was always filled with music. “My dad spent a lot of time, money and effort to make sure we had a fine musical education,” said Grusin, who became a piano major at the University of Colorado in the 1950s when his passions for jazz became full bloom.

At that time, and until this day, Grusin credits Gerry Mulligan as a major influence, particularly when his pianoless quartet was in its heyday with Chet Baker. “Certainly Miles, Dizzy and Coltrane were all heroes and critically important, but the clarity of writing when Gerry had Chet and later on Bob Brookmeyer, was a great lesson for me,” he said. “I learned that you can imply things with music. You don’t have to hit people over the head with every single note in each chord. The way Mulligan did it with his contrapuntal lines was inspired, you knew what those changes were, but you didn’t have to be aware that he was making them.”

He confessed that his own piano chops “come and go,” stating that he’s not a practicer. “I know that the great ones practice for hours every day,” he says. “I kind of let the event feed my level of panic before I’ll get to work.”

The genesis for the West Side Story project came from the fact that the show is observing its 40th anniversary and that the N2K label has a relationship with the Bernstein family’s web site on the Internet.

“It really seemed like a good idea to do this,” said Grusin, who had not seen or heard the show since it was new. “Everyone hears the tunes from it now and then, but I got into the original cast recording and truly enjoyed the orchestration. It would probably be a good idea for someone to record the original score with this new technology we’ve been talking about to really hear how beautiful and sensitive that orchestration is.”

West Side Story, of course, is but one side in a career filled with Oscar and Grammy-award triumphs for Grusin. His passion for film scoring began in college where he studied piano composition. “I thought that I wanted to write instead of perform,” he recalled, “and I wasn’t sure if I had the ability to sustain myself with commissions from symphony orchestras. So I looked at the film medium as a kind of opportunity—a frontier for composing music. Every film I ever saw coming out of Hollywood had a score to it, and it seemed like a great outlet for writing. I don’t feel that’s necessarily true today. I’m not being an elitist—I think that when a music score works it’s fantastic. But I think that’s rare today when a film score does everything it can do to enhance the dramatic potential of a film.”

When Grusin first writes anything, he can’t stand it. “I get too close and I end up wishing I had done something else,” he said. “When I think about enjoying the process, though, certainly On Golden Pond comes to mind, because that was the only picture I’ve done that really had a base for music. It was built in. It needed a score, and it was a great opportunity to write something that you knew was actually going to be heard.”

As a recording exec, Grusin at times wonders what he is doing at N2K as vice chairman. At the label, he is continuing his relationship with Larry Rosen, which began in 1976 and evolved into the GRP label. “Larry got involved with this new technology and I trust him,” said Grusin. “He’s not a frivolous guy, and I’ve gotten perhaps more involved than I intended to with N2K; I don’t go to the office a lot, but I commute a great deal from the ranch in Montana. But what’s going on with N2K is intriguing because we see what’s coming around the corner. There’s no way we can become prognosticators, but the more information we have, we can see patterns emerge, and we become increasingly confident about the direction we’re taking. But the only reason I’m doing any of this is for the music. I’m not going to stop thinking about that to meet some business expectation.”

Grusin’s most gratifying moments as a musician, he said, do not come from the Oscars, the Grammys, or other accolades from peers. What really turns Grusin on is coming out of a room where he has been at one with his work and entering a studio filled with talented musicians who are also his friends. “It’s the reunion aspect that’s wonderful,” he said, “and knowing you are finally going to hear your work. Maybe it’s great, maybe not, but in a studio situation you can work on the music and fix it on the spot. But the real kick for me is working with these unbelievably talented people who have never seen your music before and who come close to playing it perfectly on the first reading.

“It’s something I’ll never figure out. It’s really more than just making a living. It’s a life that I would wish for anybody.”

When he’s not fly fishing for relaxation, Grusin listens to classical music for the same effect, crediting Bach as his standard bearer, along with a special affection for Brahms. “I also have a strong affinity for South American music, from Brazil, Argentina, or wherever.” He singled out a Brazilian singer he met at the Monterey Jazz Festival, Leila Pinhiero, whose new recording Catavento e Girassol is currently spinning on his CD player. Originally Published January 1, 1998

When you’re on TV, everybody knows you, or at least thinks they know you. Take Kevin Eubanks, who was on NBC’s Tonight Show five nights … END_OF_DOCUMENT_TOKEN_TO_BE_REPLACED

Jimmy Katz leads many lives. He is the preeminent currently active jazz photographer, and has shot more than 200 magazine covers and over 600 recording … END_OF_DOCUMENT_TOKEN_TO_BE_REPLACED

Take a look at Blue Note Records’ release schedule for 2022 and it’s hard to miss the significant percentage of electronic-oriented music. In March, the … END_OF_DOCUMENT_TOKEN_TO_BE_REPLACED