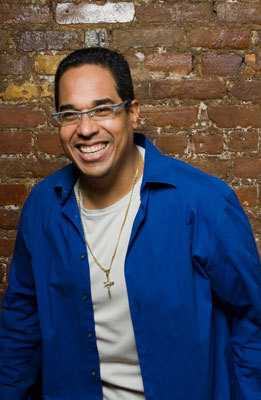 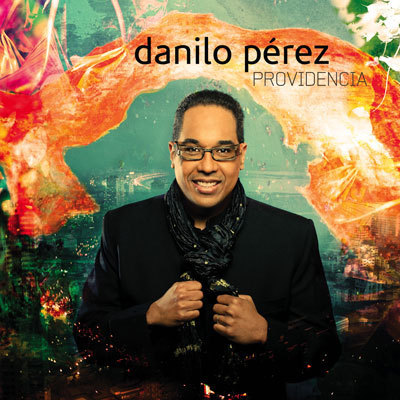 Danilo Pérez has a pre-performance ritual, something he adopted fairly recently but can’t seem to do without. He’s divulging it on a sunlit fall afternoon in a practice studio just off the dining room of his home in Quincy, Mass. One wall of the studio is hung with memorabilia; there are framed certificates acknowledging his Grammy nominations for Motherland and Central Avenue, albums made a little more than a decade ago. A grand piano takes up most of the space in the room, but that’s not where his attention has turned. He’s leaning over a MacBook, cuing up a track. “Man, you’ve got to hear this,” he says, grinning, as he plunks down in a chair.

The track is familiar, actually: a bootleg recording of the John Coltrane Quartet at the Half Note in 1965, playing “I Want to Talk About You.” I’m not sure that I’ve ever heard it the way that Pérez does, though. “It’s like a big, massive volcano!” he exclaims as the band spirals outward from the theme, his body swaying to the roil. Every urgent phrase of Coltrane’s tenor outpouring seems to trigger a specific look of astonishment on his face, and a different dumbstruck “Wooooo.” As the intensity mounts, he grows quieter, transfixed. Nearing the solo’s peak, he slowly shakes his head. His eyes have begun to well up with tears. “When I hear this, I hear people,” he says. “I hear a lot of people.”

He isn’t talking about Coltrane and Elvin Jones, or the fortunate few in the audience at the Half Note that evening so long ago. He means something considerably broader, transcending the strict parameters of music. He’s referring to ancestral lineage, the weight of myth and culture, the tangle and teem of generations. Humanity is what he’s hearing, in essence. And its profundity, as expressed through Coltrane’s horn, has momentarily overwhelmed him-though he’s heard this talismanic solo dozens of times, maybe hundreds by now.

It’s enough to make you wonder: He really does this before every gig?

If you’re familiar with the thrust of Pérez’s career, you might see why that’s feasible. Since the early 1990s, when he emerged as a modern-jazz pianist of judicious ebullience, the mission of his music has been clear: seeking connection, defying boundaries, transcending barriers. That multi-pronged impulse reached a pinnacle with Motherland, a gleaming turn-of-the-century rumination on Pan-American exchange.

Yet in the decade since that album’s release, Pérez has been productive: touring with the acclaimed Wayne Shorter Quartet; making his own albums, both rugged and refined; serving as cultural ambassador for his native Panama, and establishing the Panama Jazz Festival, now in its eighth year; expanding his profile in jazz education at the New England Conservatory and the Berklee College of Music; and running the Berklee Global Jazz Institute, an interdisciplinary program of his own design. He’s done all of these things while raising two daughters with his wife, Patricia, with whom he has now also had a son. (During this visit, she’s eight months pregnant, just a week or two away from delivery.)

Pérez’s ambitious new album, Providencia (Mack Avenue), somehow encompasses that sprawl of activity, in ways he finds difficult to explain. It certainly picks up the thread of Motherland, one of the most culturally consonant jazz records of this young century. It enlists some of the wisdom Pérez attributes to Shorter, lessons about yielding to the imperative of the moment. And it features the working trio that has been Pérez’s constant through the last eight years, while adding a few newer partners. Its opening track is named for his 6-year-old elder daughter, whom he cites as a profound influence. “It was not really a record for me-it was somewhere of a life experience,” Pérez reflects. “And actually the challenge, I found, was that I had so much to tell.”

One night earlier, Pérez played an album-release engagement at Scullers Jazz Club in Boston, easily packing the elegant room. He began with “Daniela’s Chronicles,” the same song that opens Providencia, cycling through rhythmic cadences like a car shifting gears. Ben Street, playing his upright bass, shadowed Pérez’s ostinato at the start and finish of the tune; Adam Cruz, on drums, maintained a pulse that felt both slippery and grounded. The vibe was searching and open-ended, but also locked in tight.

For the next tune, Pérez called up a young Israeli alto saxophonist named Eyal Shmuel Hai, one of his students at the Berklee Global Jazz Institute. Taking the stage almost meekly, Hai played an introductory cadenza while Pérez watched intently from the piano, assuming a standing crouch. Soon Pérez entered the picture, encouragingly, making it a duet in waltz time. The interplay was sharp and easy, as Hai’s light-caramel tone-suggestive of the young Art Pepper-mingled crisply with Pérez’s chordal filigree. The rhythm section kicked in, digging into the theme from “Galactic Panama,” and again there was space for saxophone-piano exchange, a series of terse volleys in a Middle Eastern mode.

The set progressed in this vein, with Pérez leading generously from the piano, his touch crystalline. (“There is this sound I’m looking for,” he told me later, “a combination between Monk and Horowitz.”) For “Bridge of Life,” an intricate chamber piece, he brought up several guests from the album: Sara Serpa on vocals, Ernesto Diaz on congas and Matt Marvuglio on flute. And as on the album, it led into “Providencia,” a tricky feature for Serpa’s wordless vocalizing, with plenty of moving parts. At one point Pérez stepped away from the piano, rapping on a cowbell; moments later, he led the audience in a clap-a-long, spelling out an Afro-Latin clave pattern as if class was in session.

That was the end of the first set, and Pérez was quickly subsumed by a tide of well-wishers. A few of his bandmates slipped off to an adjacent lounge for an intermission meal, where Street was asked to reflect on what makes Pérez special. “He’s so hyper-aware of the rhythm section,” he said. “If he’s not happy with the drums, bass or any rhythm aspect of the piece, he’ll make it known somehow. You can feel it really quickly, even before he starts to explain.” And yet, for all that precision, he added, there was freedom.

Cruz, who first met Pérez as a 19-year-old, agreed. “The precision is there in the material,” he said. “But within that context, you might be on a song, and it’s written that this chord goes here. But if he and Ben are hearing something different, it just happens. With that kind of communication, it’s very loose. Right?” He laughed, glancing at Street.

“He does do that,” Street said, “and I wish a lot more people would do it when I’m on the gig sometimes. Like, he’ll start to play an idea, and he’ll see that there’s only two more bars of a chord, but this idea is good enough to expand on. And so he just stretches out the chord-without losing the rhythmic structure of the piece.”

Cruz nodded. “He’s not married to any preconceived idea. Instead of ‘OK, this is how this goes,’ it’s ‘Well, maybe today it goes a little like this,’ trusting that we’re going to get in there with him and somehow make those things work.”

Serpa chimed in: “There’s so much joy onstage. Everybody’s looking at each other, and there’s no mistakes, really, if you know what I mean. Everything is possible.”

The rest of this article appears in the January/February 2011 issue of JazzTimes.

“The Detroit Way,” according to author Bill Harris, who’s written extensively about jazz, is a tradition of schooling rising Detroit jazz musicians on the rudiments … END_OF_DOCUMENT_TOKEN_TO_BE_REPLACED

Tenor saxophonist Julieta Eugenio was recently reminded of the distinct pleasure one can derive from masters of her chosen instrument. While cooking at home and … END_OF_DOCUMENT_TOKEN_TO_BE_REPLACED

Everything about Israeli-born tenor and soprano saxophonist Eli Degibri is a celebration. You can hear that in his sideman gigs with Herbie Hancock and Al … END_OF_DOCUMENT_TOKEN_TO_BE_REPLACED

It’s a cold March Friday night in New York City, but the crowd inside the Village Vanguard crackles with warmth as it engages with the … END_OF_DOCUMENT_TOKEN_TO_BE_REPLACED