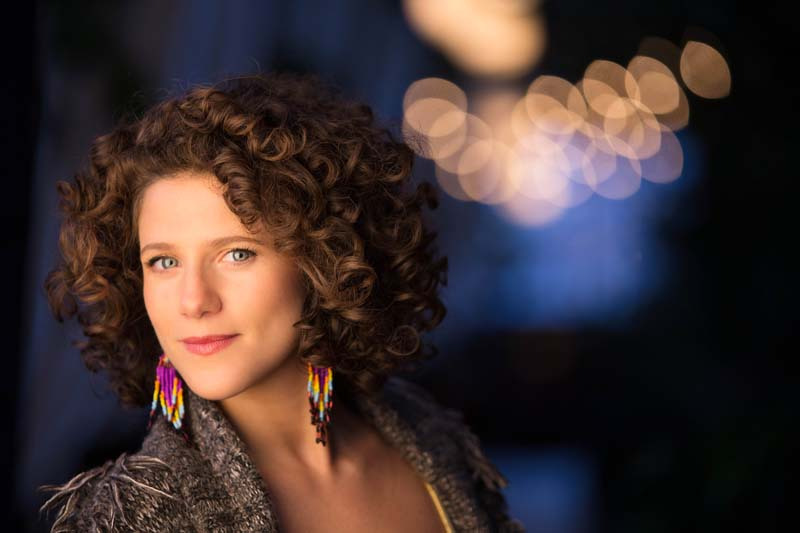 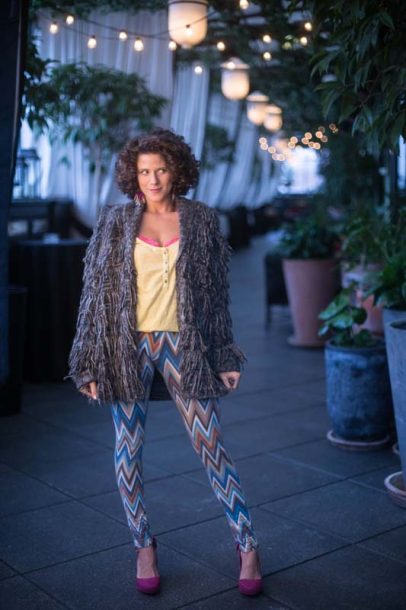 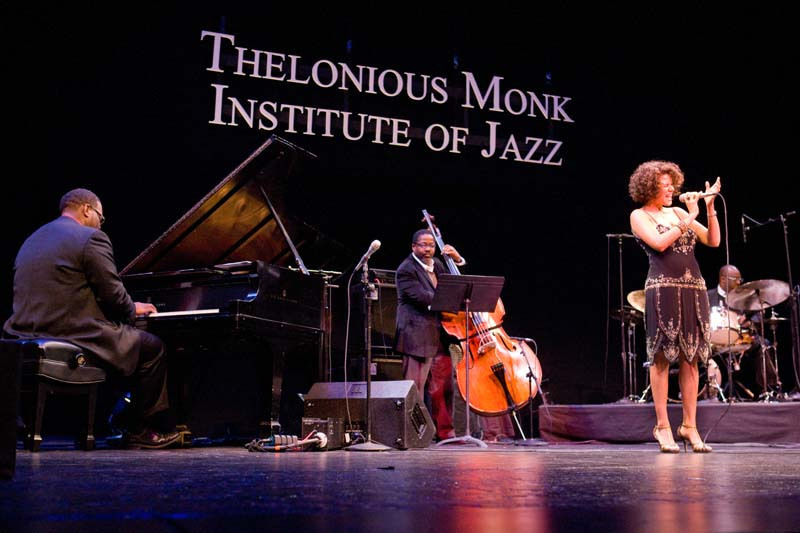 She may have been born to a French father and a Dominican mother, but Cyrille Aimée has a Gypsy in her soul. There is a delightful restlessness about the pixieish, 30-year-old vocalist, a constant yearning for new horizons.

Seven albums into an itinerant recording career, Aimée saw her profile raised this past summer when It’s a Good Day, originally released in Japan in 2013, was licensed for the U.S. market through the Mack Avenue label. The album represents, in several ways, the culmination of her musical journey thus far, blending her passion for Gypsy jazz and her love of Brazilian music with her deep appreciation of the Great American Songbook. At the same time, it furthers her songwriting skill and cleverly celebrates her ardor for the guitar. Each of the album’s 13 tracks features the interweaving of three distinct players: Aimée’s countryman Michael Valeanu on electric guitar; another Frenchman, Gypsy-influenced Adrien Moignard, on steel-string; and Brazil’s Guilherme Monteiro on nylon-string. It’s a Good Day also reflects Aimée’s predilection for upbeat sentiments. “I’m really into lyrics that are positive,” she tells me. “When I first realized I wanted to be a musician, it was because I saw how music can affect people in a positive way, and I’m still not able to write a sad song. I like uplifting messages.”

It’s late June, and we’re chatting inside a makeshift green room at the Rochester International Jazz Festival. On this closing night of the weeklong fest, Aimée is headlining back-to-back shows in the atrium adjacent to Max of Eastman Place, one of the city’s best restaurants. The U.S. release of It’s a Good Day is still nearly two months away.

Two hours before the first show, the line extends for several blocks. The intimate venue seats only about 150. A small fraction of those waiting in the 90-degree heat are able to get in. (Three hours later, the line for the second show is nearly doubly long.) Entering through the audience, winding her way between tightly packed cabaret tables, the petite Aimée looks adorably striking in black lace and towering heels. Her four-piece band includes Sam Anning on bass and Rajiv Jayaweera on drums, plus two guitarists, Valeanu and Bosnian Koran Agan. The hour-long set draws almost exclusively from It’s a Good Day. Highlights are many, topped by a blistering guitar duel on “Love Me or Leave Me” and a dazzling scat storm that propels Aimée’s seductive original “Nuit Blanche.” Though her charisma relies on her seeming laidback and fun loving, her musicality is focused and intense.

Given the standing-room-only crowd, with hundreds more turned away, Aimée might easily have filled the grand Kodak Hall at Eastman Theatre across the street. A week prior, Cécile McLorin Salvant had done precisely that. Among up-and-coming female jazz vocalists, Salvant heads the list but Aimée is quickly gaining. Though they are, in terms of musical styles, very different, there are intriguing congruencies. As Will Friedwald noted last year in a Wall Street Journal article saluting the pair, “Apart from their remarkable musicianship, what distinguishes these two from other ‘jazz singers’ of their generation is their attention to lyrics and narrative.” Salvant’s parentage-French mother, Haitian father-is the mirror image of Aimée’s, as Friedwald points out. The American-born Salvant studied in Paris and first gained recognition there. French-born Aimée (her full name is actually Cyrille-Aimée Daudel) studied in the U.S. and launched her career in New York. Both were finalists in the 2010 Thelonious Monk jazz vocal competition (Salvant won, Aimée placed third). They are now label-mates at Mack Avenue.

When you’re on TV, everybody knows you, or at least thinks they know you. Take Kevin Eubanks, who was on NBC’s Tonight Show five nights … END_OF_DOCUMENT_TOKEN_TO_BE_REPLACED

Jimmy Katz leads many lives. He is the preeminent currently active jazz photographer, and has shot more than 200 magazine covers and over 600 recording … END_OF_DOCUMENT_TOKEN_TO_BE_REPLACED

Take a look at Blue Note Records’ release schedule for 2022 and it’s hard to miss the significant percentage of electronic-oriented music. In March, the … END_OF_DOCUMENT_TOKEN_TO_BE_REPLACED