Skip to content
Become a member and get exclusive access to articles, live sessions and more!
Start Your Free Trial
Home > Features > Cuba Across the Generations

The last time Hilario Duran, the 69-year-old Cuban Canadian piano master and composer, teamed up with another pianist was in 2017, when he performed duets at a concert in Germany with his legendary friend and fellow Cuban émigré Chucho Valdés, accompanied by the WDR Big Band. Until now.

Recently Toronto producer Peter Cardinali asked Duran to create an album for his Alma label. “Peter suggested a duet format with a pianist of the younger generation,” Duran said recently by Zoom from his Toronto home. “Without hesitation I immediately thought of David Virelles. I think he’s the most mature as an artist and as a pianist.”

The result is Front Street Duets, a mix of original Duran compositions with a pair of Cuban standards and, as a closing number, a spectacular Cubano take on “Body and Soul.” Throughout the album, Duran and Virelles play traditional Afro-Cuban styles like guajira and punto cubano with generous opportunities for the two pianists to improvise. Duran and Virelles play, with fiery commitment, music that is simultaneously romantic and intellectually challenging, densely orchestral, and grounded in an ever-present Cuban tumbao.

Over a career spanning more than 45 years, Duran has won three Juno Awards, a Grammy nomination, and a host of other honors, recording more than a dozen albums, including duos, trios, and big bands. I caught him live recently when Chucho Valdés’ tour visited the Berklee Performance Center in Boston; Duran was serving as co-musical director (with John Beasley) of Chucho’s big band.

“Since my early twenties, Chucho was my mentor,” Duran told me. In the Havana of the 1970s, the young Duran was a student of Western classical music obsessed with jazz when Valdés took him under his wing. Soon he began subbing for the older man in the Orquesta Cubana de Música Moderna, the nation’s most modern big band.

Virelles, another Cuban émigré and Duran’s junior by 30 years, had been a longtime admirer of Duran before he met him in Toronto. They were introduced by Jane Bunnett, the Canadian saxophonist, flutist, and Cuban music bandleader. Duran played in her band for years; Virelles began subbing for him after he landed in Toronto. Virelles eventually departed for New York, where he has become one of the most heralded pianists of his generation, recording as a leader for Pi and ECM. He has played and recorded with Henry Threadgill, Andrew Cyrille, Ravi Coltrane, Mark Turner, Chris Potter, Tomasz Stanko, Steve Coleman and Wadada Leo Smith, and many more.

“To me, the album is a continuation of hundreds of years of Cuban piano culture,” Virelles said by phone. “Hilario and I have different sets of [musical] influences, but there’s a collective consciousness that both of us come out of. This album is basically an effort to contribute to that lineage.”

The chemistry between the two pianists makes for a remarkable listening experience: It often sounds as if one is listening to one pianist with four hands, albeit spanning two pianos. Duran agreed: “David and I have the same background and roots in Cuba. We understood each other very well. The only difficulty is that sometimes you can’t tell who’s improvising—David or me—because we sound almost the same. I mean, we have different styles, but they blend together really well.”

“Midnight Waves,” a highlight of Joey Alexander’s sixth album, Origin, describes the nocturnal ocean off Bali, where the teenaged pianist and his parents returned home … END_OF_DOCUMENT_TOKEN_TO_BE_REPLACED 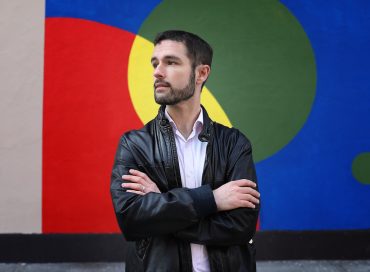 Pianist and composer Jason Yeager has no problem detailing the inspiration he draws from literary hero Kurt Vonnegut’s work: “I just love the way that … END_OF_DOCUMENT_TOKEN_TO_BE_REPLACED