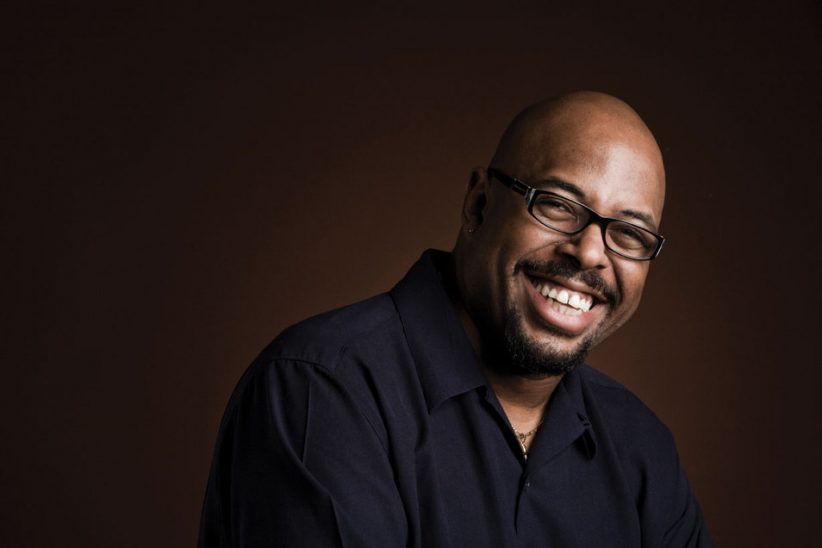 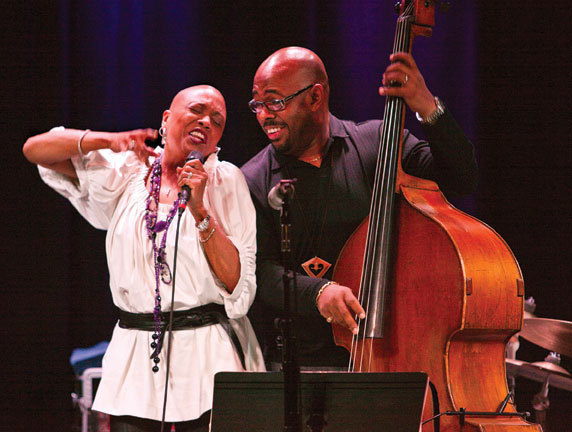 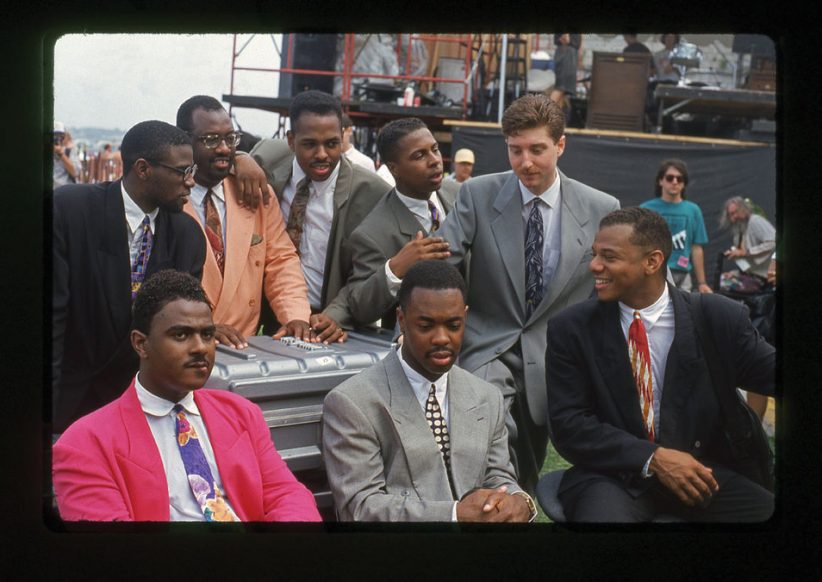 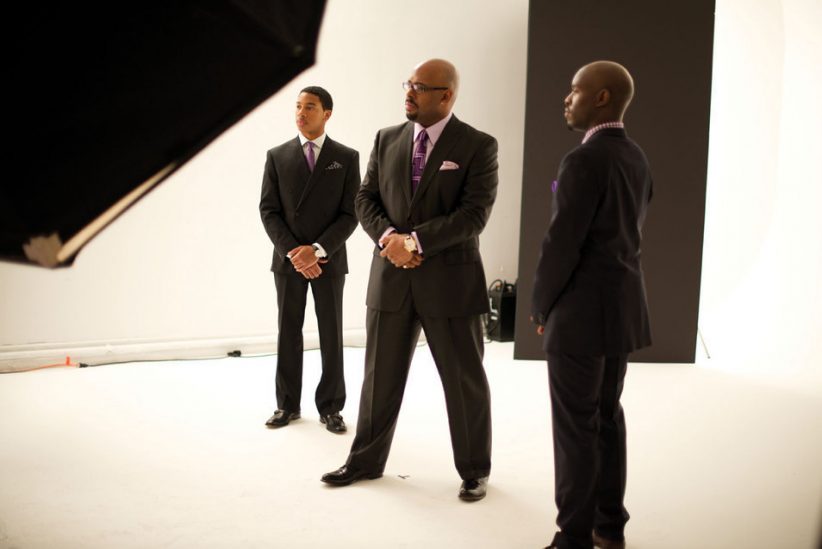 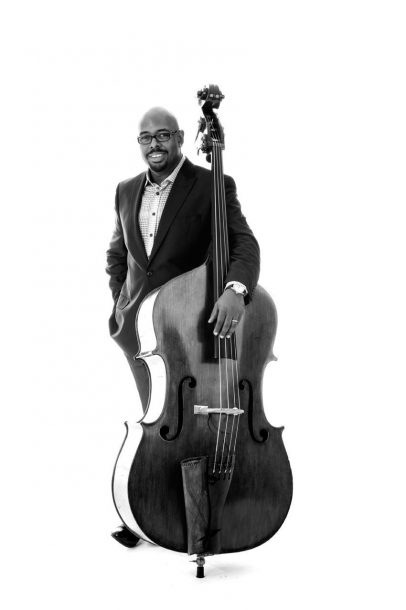 Christian McBride has a simple but functional metaphor for the jazz continuum, one that he can rattle off with all the persuasive ease of a pocket sermon. “I view the tradition as being like the roots of a tree,” he said one afternoon this winter, at his home in Montclair, N.J. “But you can’t just have the roots. Something’s got to grow out of that: different branches, leaves, the tree’s going to get taller.”

One thing he technically leaves unsaid, probably because it’s obvious, is that a tree is a living organism. Another thing: It can stay alive only as long as those roots remain.

So let’s stick with the analogy and agree that at 40, McBride ranks among the busier arborists in jazz-as well as, on a more literal tip, one of its most supremely gifted bassists. Throughout his prolific career, he has stood for a particular vision of excellence, deeply grounded in both the jazz tradition and a more generalized philosophy of groove. He hasn’t been a purist, but neither has he forgotten his root system. He won’t let you forget it, either.

Where McBride comes from, musically speaking, has been a matter of public record since he was a teenager. If you were keeping tabs on jazz in the early ’90s, you may recall taking note of him then, a young sideman of such ebullience and preternatural composure that he stood out amidst a celebrated glut of precocious talent. A product of Philadelphia, he received early guidance from his bass-playing father and great-uncle, and attended the same performing-arts high school as organist Joey DeFrancesco, guitarist Kurt Rosenwinkel and drummer ?uestlove (of the Roots).

He began appearing on record in 1990, often behind peers like trumpeter Roy Hargrove, saxophonist Antonio Hart and pianist Benny Green. In 1991 he joined those and a few other respectful upstarts, including guitarist Mark Whitfield and drummer Carl Allen, in a touring conglomerate promoted as the Jazz Futures. This was a savvy turn of phrase for a jazz era defined by what critic Francis Davis once called “the commodification of youth.” The Young Lions, as we remember them now, represented a mainstream cultural phenomenon and, at least for a while, a powerful commercial force.

McBride rode that wave as skillfully as anyone, but not without a touch of ambivalence about the typecasting involved. (A couple of years ago I saw him lead a band at the Village Vanguard, and during his introduction of Carl Allen, he alluded to their history as a rhythm team. “Depending on who you talk to, they still call us the Jazz Futures,” he said, with a wry chuckle. “I’m not sure at what point we become the Jazz Present.”)

Look hard enough for it and you can spot the wariness in the music too. McBride’s first album, Gettin’ to It, released on Verve in 1995, was probably the most surefooted Young Lion debut since the big bang of Wynton Marsali (Columbia) more than a dozen years prior. But there was hidden significance in the fact that the title track paid homage to James Brown and Fred Wesley-and that it was sequenced right next to a baton-passing blues stroll with McBride’s bass elders Milt Hinton and Ray Brown. On subsequent albums McBride would veer further afield from a neoclassical hard-bop mold, committing to full-bore funk and turbocharged fusion. The takeaway is that for McBride, at least, none of it qualified as an aesthetic departure.

By the same token, you shouldn’t view his recent body of work-with the crisp quintet he calls Inside Straight, with his Grammy-winning big band, and with a neatly boppish piano trio-as some kind of prodigal return. What you could safely say is that McBride has lately been focused more on the base of the tree than on its branches, and that this has earned him both a fresh round of acclaim and a familiar flicker of responsibility. “As time has progressed-it’s been five years now that Inside Straight has been working-I still don’t hear enough of that straight-ahead, finger-popping thing in the grand scheme of jazz,” he said. “So all of a sudden, I do feel like somewhat of a steward for that. I didn’t mean to be, but that seems to be what happened.”

However unintentional a torchbearer he is, he’ll carry the flame onward with a pair of releases on the Mack Avenue label this year: People Music, the second album by Inside Straight (available in May); and Out Here, the debut recording by the Christian McBride Trio (due in August). Both albums are stoutly appealing, expertly wrought-and, in their adherence to old-fashioned principles of direct melody and swinging rhythm, perversely out of step with jazz’s complex-hybrid contemporary mainstream. So they’re deeply unfashionable, but anchored by design elements that are timeless. And one gets the sense that McBride is totally OK with that.

When you’re on TV, everybody knows you, or at least thinks they know you. Take Kevin Eubanks, who was on NBC’s Tonight Show five nights … END_OF_DOCUMENT_TOKEN_TO_BE_REPLACED

Jimmy Katz leads many lives. He is the preeminent currently active jazz photographer, and has shot more than 200 magazine covers and over 600 recording … END_OF_DOCUMENT_TOKEN_TO_BE_REPLACED

Take a look at Blue Note Records’ release schedule for 2022 and it’s hard to miss the significant percentage of electronic-oriented music. In March, the … END_OF_DOCUMENT_TOKEN_TO_BE_REPLACED