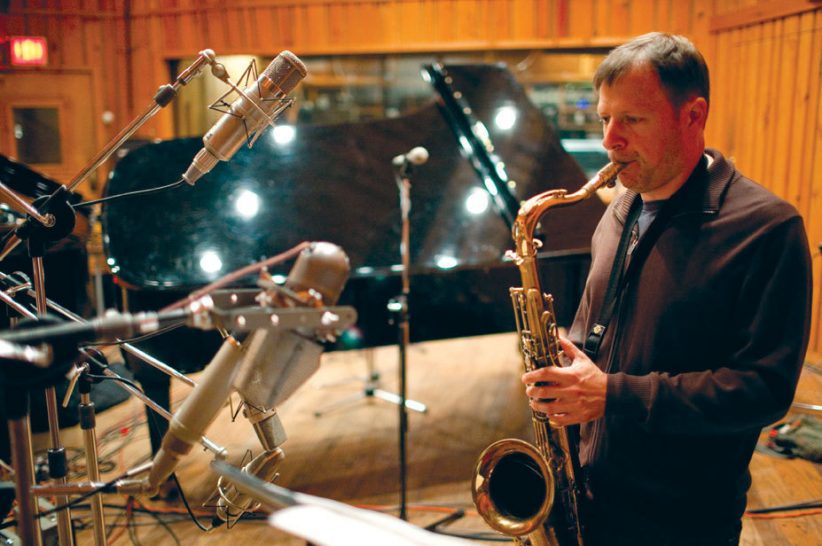 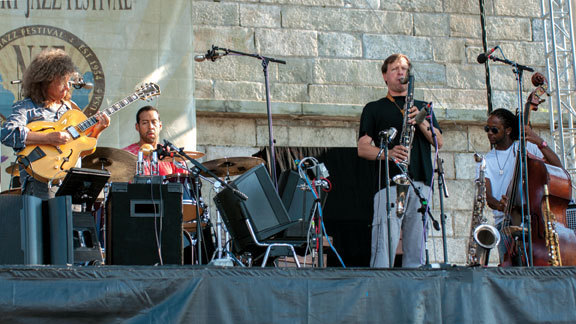 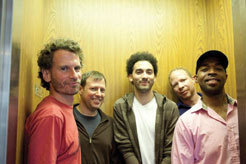 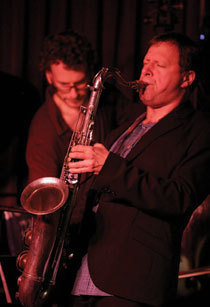 It was only a matter of time. Chris Potter, one of the world’s most sought-after saxophonists, could point to 15 or so albums as a leader, fruitful stints with Dave Holland, Paul Motian, Steve Swallow, Dave Douglas and others, and countless live and studio gigs as a sideman or guest. (“I don’t even know how many records I’m on,” he says.) But he had yet to join the ranks of Pat Metheny bandmates, alongside such peers as Christian McBride, Brad Mehldau and Larry Grenadier.

When Metheny, the guitar giant and touring juggernaut, needed someone to boost the presence and sonic range of his new quartet, the Unity Band, Potter was the saxophonist he called. It was Metheny’s first time featuring a saxophonist since the classic 80/81, with Michael Brecker and Dewey Redman. Potter set himself apart, playing tenor but also soprano, bass clarinet and alto flute.

Following a busy year of touring with the Unity Band, Potter makes his debut for the prestigious ECM Records, the label that released 80/81 and a string of other early Metheny titles. Potter had several ECM appearances as a sideman to his credit, including Motian’s rapturous 2010 release Lost in a Dream with Jason Moran on piano. But he had yet to lead his own ECM project. That’s changed with The Sirens, featuring Potter with bassist Grenadier, drummer Eric Harland, pianist Craig Taborn and the brilliant David Virelles on additional keyboards (prepared piano, harmonium and celeste).

“I had the idea to take it away from the straight jazz quartet and have a more textural keyboard thing, a different kind of bed to lie on,” says Potter. “[Craig and David] don’t really take separate solos. When they’re both on a tune, they’re both playing all the time.” At this writing, Potter was readying a version of the group-sans Virelles and with Ethan Iverson in the piano chair-for its third weeklong run at the Village Vanguard.

No doubt, Potter had “made it” long before this. But the Metheny and ECM developments are a boost, a sign of creative breakthroughs in the offing. In a noisy café near his home in West Harlem, where he lives with his wife and 4-year-old daughter, Potter reflects on this chance to refine his voice, compositionally and on the horn, amid the glare of an even larger public. (A few days after this interview, Potter began traversing the U.S. with vocalist Dee Dee Bridgewater, bassist McBride and others as the Monterey Jazz Festival on Tour, an all-star band assembled in honor of the fest’s 55th anniversary.)

“This is one of the wonderful things in my career, that I’ve had a chance to work with really strong leaders who have completely different ways of approaching music,” he says. “It can all work. That’s the big lesson from everybody. Working with Herbie [Hancock] and McCoy [Tyner] and Dave Holland and Sco [John Scofield] and Pat-there’s a lot of different ways to put it together. It’s about finding a way that’s true to yourself, going with your strengths and finding some good people to work with. And then just go ahead and do it.”

“I’ve been following Chris since he started playing with [late bebop trumpeter] Red Rodney at a very young age, back in the ’90s,” writes Metheny in an e-mail. “[O]ne thing that has been really apparent is his ongoing research to push his music … to a transcendent zone where the best stuff seems to live. [H]e really earned it by working his way through some very tough historical terrain and coming out the other side not only intact, but with a lot to tell everyone. … It’s this thing where someone plays great and you can carry a sense of what you just heard out of the club with you. There is a vibe, a spirit and an intangible meaning that goes beyond a style of music or a way of playing, like what happens when someone is telling you something really important.”

Guitarist Will Bernard bears the bittersweet blessing of virtuosic skill and eclectic taste, making his music a perpetual delight and yet hard to categorize. Maybe … END_OF_DOCUMENT_TOKEN_TO_BE_REPLACED

At 95, Chicago-based guitarist George Freeman is among the world’s oldest active jazz musicians. Although he came of musical age in the 1940s and counts … END_OF_DOCUMENT_TOKEN_TO_BE_REPLACED

When you’re on TV, everybody knows you, or at least thinks they know you. Take Kevin Eubanks, who was on NBC’s Tonight Show five nights … END_OF_DOCUMENT_TOKEN_TO_BE_REPLACED