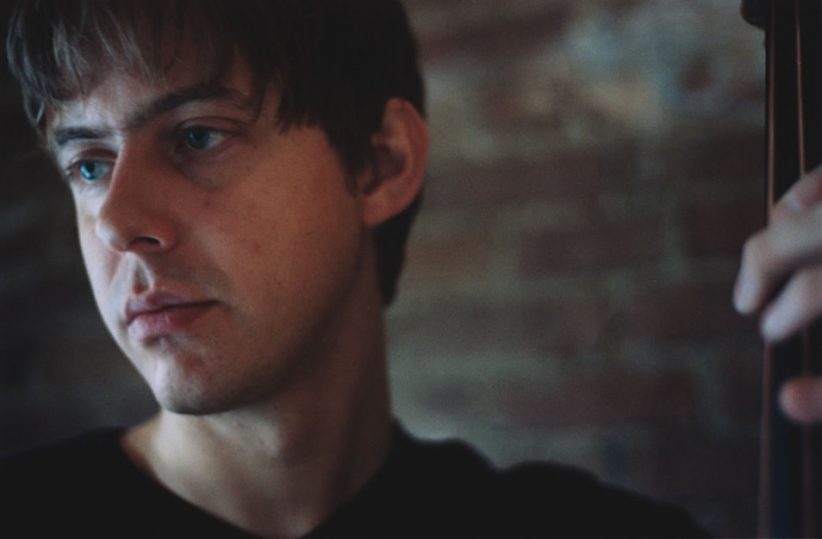 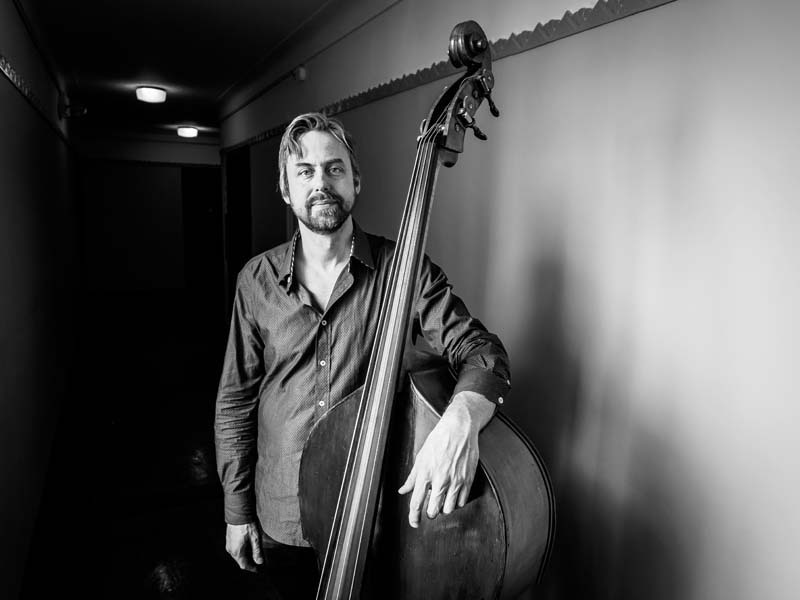 On Jan. 26, bassist Chris Lightcap appeared at the Stone opposite tenor saxophonist Chris Speed and drummer Dave King with keyboardist Craig Taborn’s quartet, filling the packed Alphabet City black box with one of the scene’s most resonant acoustic bass sounds. In a way that conjured Cecil Taylor or Morton Feldman, Lightcap parried King’s simultaneous polyrhythms on drum machine and kit, Speed’s altissimo keening and Taborn’s angular flourishes with a monastic focus; he sounded like an altogether different bassist than the one on the impressionistic Epicenter (Clean Feed), his fourth album as a leader, released in 2015 with his longtime quintet, Bigmouth.

The 44-year-old has brought this versatility to more than 60 albums by a wide-ranging group of artists including Regina Carter, Matt Wilson, Joe Morris and the Swell Season. Lightcap is equally strong in acoustic and electric settings, straight-ahead and free, and classical-, pop- and punk-inflected projects, a testament to his catholic tastes as a listener. “He’s really unique, because he sounds like one of those guys who only plays acoustic, but when I move onto the Fender [Rhodes], he sounds like a guy who only does that,” Taborn says, speaking after the show at the Stone.

Carter echoes that sentiment. After meeting the violinist in 2000 through drummer Alvester Garnett, Lightcap has performed intermittently with her groups, most recently in February with Carter’s pastoral Southern Comfort band. “He has so many musical influences from so many different styles of music,” Carter says. “He comes up with something very unique each time he does an arrangement. It doesn’t sound like he’s repeating himself.”

Lightcap grew up in Latrobe, Pa., taking the hour drive into Pittsburgh to see concerts whenever he could. “Two of the first jazz concerts I saw in Pittsburgh were Ron Carter in duo with Jim Hall, and the day before that, the Ray Brown trio,” Lightcap says, sitting down recently in Windsor Terrace, Brooklyn. He went on to discover Wilbur Ware, Henry Grimes and Johnny Dyani.

Lightcap’s musical education was part classical, part jazz. He studied classical composition at Williams College with David Kechley and the late Robert Suderburg, and spent a semester at Wesleyan with Alvin Lucier. After his freshman year, Lightcap studied with Milt Hinton for two weeks at the Skidmore Jazz Institute. At Wesleyan he studied with Ed Blackwell, playing several shows with the venerable drummer. “The first time I played with [Blackwell] was like getting a thousand bass lessons all at once,” he says.

Following his move to New York, Lightcap joined Cecil Taylor’s big band in 1995; Taylor held open rehearsals and performances at the Knitting Factory for anyone intrepid enough to participate. “He would dictate his music to us and give us the pitches, so we’d have the melodic shape, but then he would leave it to us,” Lightcap recalls. “A couple times I got to play right next to him and hear that sound.”

The album is a paean to New York’s musical melting pot, what Duke Ellington called a “tone parallel,” in this case summoning up sites of personal significance to Lightcap. “White Horse” is dedicated to the infamous Greenwich Village watering hole Lightcap frequented when he first arrived; he plays guitar on the track, with Taborn’s Wurlitzer meant to evoke a bygone era. “Arthur Avenue” is a wistful shuffle interwoven with sinuous horn lines that gesture toward the Little Italy section of the Bronx, where Lightcap and his wife had one of their first dates. “Stillwell” refers to the Coney Island subway station, which his wife also introduced to him.

The sole cover, “All Tomorrow’s Parties,” pays homage to the Velvet Underground, one of Lightcap’s totemic New York influences. “I wrote out a chart the night before we went into the studio and just had them play it. We pretty much just did it on the first take,” Lightcap says. “Those [Velvet Underground] records still sound so otherworldly to me, and they have this hypnotic minimalist quality that just draws me in every time. Sometimes I’m with other musicians and they’re like, ‘Can you please explain why you’re obsessed with this music?’ And I’m like, ‘You either get it or you don’t.'”

Lightcap plans to continue blurring the boundaries of jazz, rock and Americana with several new groups. Superette, an electric band with guitarists Curtis Hasselbring and Jonathan Goldberger and drummer Dan Rieser, mixes covers of Tom Verlaine, Link Wray and Neil Young with originals, and is scheduled to record this year. Lightcap is also composing for a project that combines Bigmouth and Superette. “I’m not sure what that will be called. Super Bigmouth? Bigger mouth?” Lightcap says. “It’ll be an octet.”

Jimmy Katz leads many lives. He is the preeminent currently active jazz photographer, and has shot more than 200 magazine covers and over 600 recording … END_OF_DOCUMENT_TOKEN_TO_BE_REPLACED

Take a look at Blue Note Records’ release schedule for 2022 and it’s hard to miss the significant percentage of electronic-oriented music. In March, the … END_OF_DOCUMENT_TOKEN_TO_BE_REPLACED

Those who are only familiar with bassist Martin Wind’s jazz credentials—both as a leader and as a first-call sideman for Bill Mays, Dena DeRose, Ken … END_OF_DOCUMENT_TOKEN_TO_BE_REPLACED

Have saxophone, will travel. With apologies to Paladin, that sums up the career of reed player Greg Abate. Since the early 1990s, he’s been a … END_OF_DOCUMENT_TOKEN_TO_BE_REPLACED