Skip to content
Become a member and get exclusive access to articles, live sessions and more!
Start Your Free Trial
Home > Features > Ches Smith: A Force of Nature 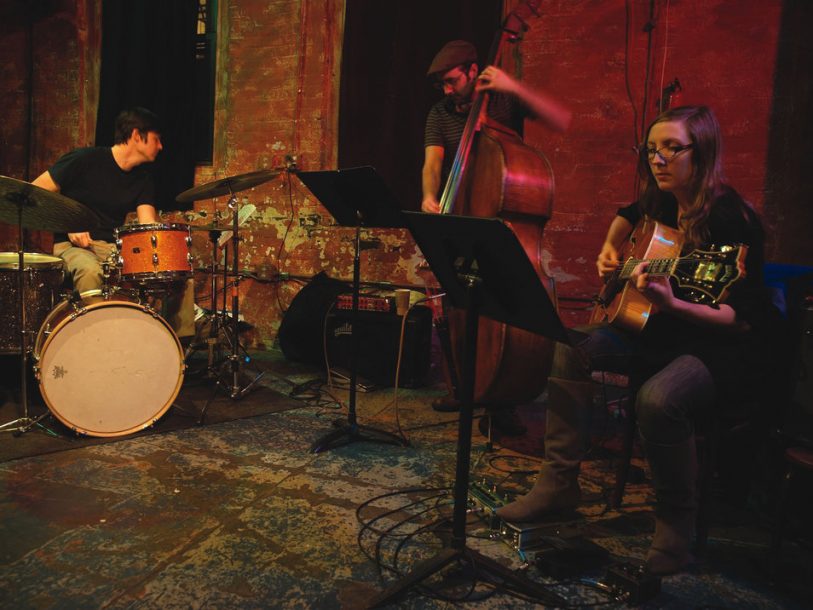 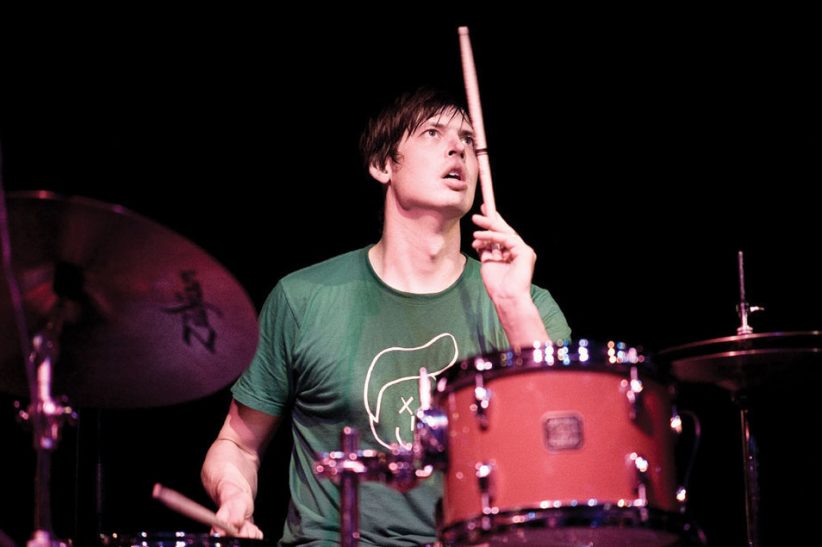 In his late 30s, Smith is one of the busiest drummers working in the avant-garde today. But as Ribot explains, he works equally hard and smart. “He’s one of the best drummers I’ve ever worked with-not just a drummer, but a composer and a musical thinker,” says the guitarist. “You’ve read [Marquis de] Sade’s Philosophy in the Bedroom, well, this is philosophy in the tour bus. We have a mutually pessimistic understanding of human nature, but we both like to rock the house.”

Since he moved to Brooklyn in 2008, Smith has continually stretched the parameters of the jazz idiom, straddling the musical spaces shared between his jazz heroes and free improvisation, modern classical music, experimental rock and noise. He takes an unapologetically postmodern cue, juxtaposing lessons from King Crimson, Dead Kennedys, Black Flag, Albert Ayler and Fred Frith with jazz training that included hours spent transcribing parts by Elvin Jones, Chick Webb and Papa Jo Jones. “I decidedly don’t think in terms of genre,” Smith says. “I’ve always been attracted to the examples in each genre that defy it. I just try to play what I hear.” Smith’s eclectic interests are apparent in the music he composes for the projects he leads, too, including the Ches Smith Trio, with Jonathan Finlayson on trumpet and Stephan Crump on bass; the duo Good for Cows, with bassist Devin Hoff; the aforementioned These Arches, featuring Berne, Halvorson, Tony Malaby on tenor saxophone and Andrea Parkins on accordion, organ and electronics; and Congs for Brums, an experimental solo project in which he makes extensive use of electronics.

Smith grew up in Sacramento, Calif., around the burgeoning grunge and metal scenes of the late ’80s and early ’90s, but he caught the jazz bug early. He attended the University of Oregon, where he majored in philosophy but continued studying jazz theory and performance with saxophonist Steve Owen and keyboardist Gary Versace. After graduating, he relocated to the Bay Area in 1995, playing in various bands including a community ensemble at Mills College in Oakland. At the urging of several faculty members, Smith enrolled in the master’s program at Mills on scholarship, studying with multi-instrumentalist Frith, composer Alvin Curran and percussionist William Winant.

His first day on campus, Winant asked Smith if he wanted to sub for him in one of his groups. “He was yelling at me from down the hall. He said, ‘Hey, man, lesson on Tuesday, and what are you doing in October? I’ve got a gig for you. You’ve got to go on tour with Mr. Bungle,'” Smith says, referring to the iconoclastic avant-garde metal group. It was an offer he couldn’t refuse.

Smith toured with Mr. Bungle in the U.S. and Australia for the rest of the semester, playing auxiliary percussion alongside drummer Danny Heifetz. “That was a mind-expanding experience for me,” Smith says. “It was the first time I played with a multiple percussion setup instead of the drum set.”

While on tour, he became close with bassist Trevor Dunn, whom he continues to collaborate with in Secret Chiefs 3 and other groups. Then Chiefs bassist Shahzad Ismaily suggested Smith to Ribot for the guitarist’s new trio project, Ceramic Dog. The informal audition took the form of a jam session involving a complex arrangement of a Ribot tune. Ostensibly, it didn’t go well, Smith says; however, several months later, Ribot called to offer Smith the gig.

This eventually led to work with Berne, who has championed Smith’s emotional intensity, subtle phrasing and generous spirit of collaboration across several groups. “If everyone was as committed to music and creativity as Ches Smith, there would be no need for television,” says Berne. “The man is a force of nature.”

When you’re on TV, everybody knows you, or at least thinks they know you. Take Kevin Eubanks, who was on NBC’s Tonight Show five nights … END_OF_DOCUMENT_TOKEN_TO_BE_REPLACED

Jimmy Katz leads many lives. He is the preeminent currently active jazz photographer, and has shot more than 200 magazine covers and over 600 recording … END_OF_DOCUMENT_TOKEN_TO_BE_REPLACED

Take a look at Blue Note Records’ release schedule for 2022 and it’s hard to miss the significant percentage of electronic-oriented music. In March, the … END_OF_DOCUMENT_TOKEN_TO_BE_REPLACED