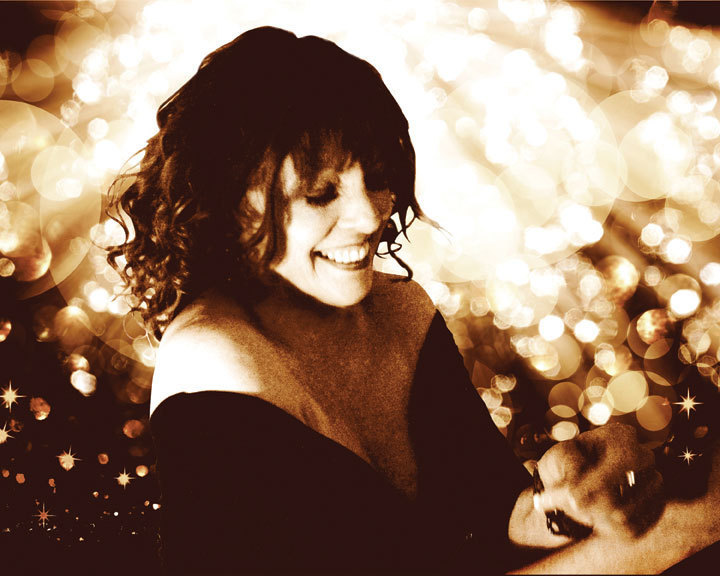 If Cole Porter were around to describe Cheryl Bentyne’s past year, he might suggest “De-Lousy.” It’s been a bumpy ride for the Manhattan Transfer soprano, beginning with an amicable but emotionally taxing separation from her husband, pianist and composer Corey Allen, then escalating to a fierce battle with Hodgkin’s lymphoma. But Porter is figuring into her recovery. Recorded three years ago for the Japanese market, Bentyne’s The Cole Porter Songbook, retitled Let’s Misbehave, was released domestically on the Summit label earlier this summer, coinciding with her return to music and good health.

Last fall, during a breakneck tour of Europe, Bentyne knew something was physically wrong. Her longtime bandmates grew equally concerned. “She was losing weight, wasn’t sleeping and was always exhausted,” says the Transfer’s Janis Siegel. “She’d still sing her ass off every night, but then would retreat to her room. We tried to get her to go to an emergency room, but she insisted she wanted to wait until she got home.”

Returning Stateside, the group was booked for one final pre-Thanksgiving gig at an East Coast college campus. “As we were about to go on,” says Bentyne, 58, “I looked at our road manager and said, ‘I really don’t think I can do it.’ That’s the first time I’ve ever said that in my life.”

Back in L.A., Bentyne immediately went to the doctor. “He did about six hours’ worth of blood tests,” she remembers. “I got home around dinnertime and he called and said, ‘You have to go to the emergency room right now!'” Less than 18 hours later, Bentyne underwent surgery to have her spleen removed. The following day she received the cancer prognosis. “The doctor said, ‘You won’t be working for at least five months,'” she recalls, “and I said, ‘No, that’s not possible, I have a tour starting in three weeks!'”

“I don’t think she had ever previously missed a Transfer concert,” says Allen. “She is the Cal Ripken Jr. of jazz, so being away from the group has been really tough on her.” A panicked search, led by Siegel, began for a replacement. “We needed somebody with a unique combination of skills,” says Siegel, “including being able to read and sing harmony. I called some trusted friends, including Lauren Kinhan from the New York Voices.” Kinhan suggested Margaret Doran, a member of various vocal groups including the Accidentals, who turned out to be a perfect vocal fit. But, says the lanky Bentyne, “Margaret is barely 5 feet tall. Tim [Hauser, the Transfer’s founder] told me that he would introduce her by saying, ‘Well, no, Cheryl hasn’t shrunk.'”

This past March, Bentyne got the all-clear from her doctor and texted Siegel with the news that she was officially cancer-free. “It was so strange,” says Siegel. “I was having lunch in the Village with my boyfriend when I got her text. We were sitting underneath a poster with the title ‘Cancer Vixen.’ And I immediately sent her a photo of it.”

Doran made her final Transfer appearance June 30 in San Bernardino, with Bentyne in the audience. Bentyne then rejoined the group for, ironically, a European tour. She has also reprised her duo performances with vocalist Mark Winkler of their West Coast Cool show, which she hopes to soon record; is conducting private vocal coaching sessions for the first time in her career; and is hoping to do more solo albums, including a vocal tribute to Miles Davis.

Meanwhile, she has the Porter album to promote. Produced and arranged by Allen, who has overseen all 11 of her solo albums, it features him on keyboards, alongside the members of his L.A. Jazz Trio-bassist Kevin Axt and drummer Dave Tull-plus trumpeter Chris Tedesco and saxophonist Doug Webb. Highlights of the 14 tracks include a smoldering “I Love Paris” that is, says Allen, “really interesting from an arranger’s point of view. It’s really moody, with lots of colors, and Cheryl sings it so well.” There’s a clever blending of “Night and Day” with “Find Me a Primitive Man” concocted by Bentyne, and a haunting rendition of “Begin the Beguine” featuring just Bentyne and Tull, which Allen calls “one of the best things she has ever done.” There are also two guest appearances by James Moody, in one of his final studio sessions, and, on “All of You,” a stunning vocalese treatment, written by Tull, of Miles’ classic 1957 solo.

Bentyne is delighted with Summit, which she describes as a “wonderful, fabulously supportive label.” And she has a brand new lease on life. “Being at home for seven months was the strangest thing I’ve ever experienced,” she muses. “Now I’m in a new phase. I’m going to be single again, I moved houses, and I’ve got so many projects on the go. It’s like the universe is saying, ‘OK, now you’re ready for this.’ So, I’m going to take what’s handed to me and work really hard. Because I’m very lucky: I get to sing for a living.”

When you’re on TV, everybody knows you, or at least thinks they know you. Take Kevin Eubanks, who was on NBC’s Tonight Show five nights … END_OF_DOCUMENT_TOKEN_TO_BE_REPLACED

Jimmy Katz leads many lives. He is the preeminent currently active jazz photographer, and has shot more than 200 magazine covers and over 600 recording … END_OF_DOCUMENT_TOKEN_TO_BE_REPLACED

Take a look at Blue Note Records’ release schedule for 2022 and it’s hard to miss the significant percentage of electronic-oriented music. In March, the … END_OF_DOCUMENT_TOKEN_TO_BE_REPLACED