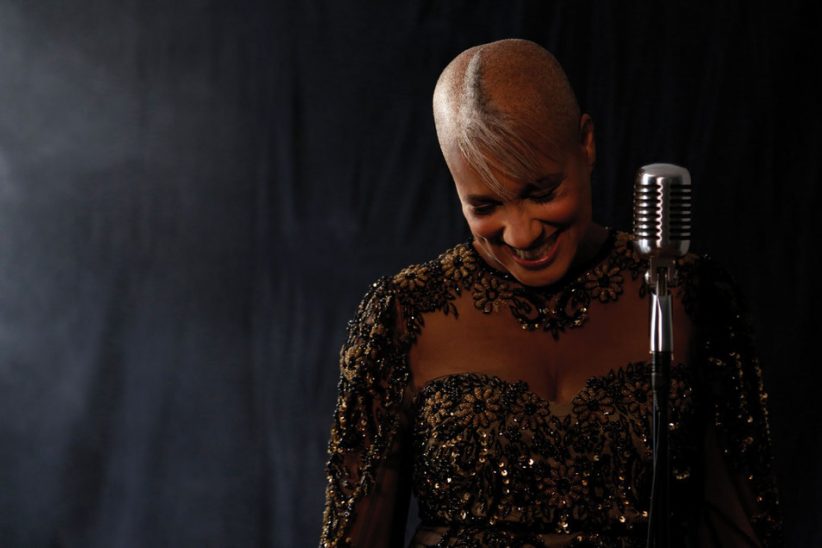 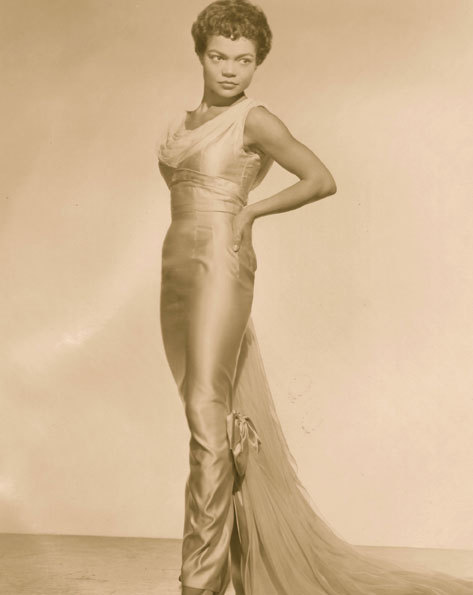 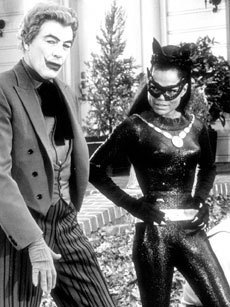 Eartha Kitt as Catwoman, circa 1967

“I swore I would never do a tribute album,” singer René Marie writes in the liner notes of her new album, I Wanna Be Evil, which happens to be a tribute to Eartha Kitt.

Marie’s resistance was understandable. Female jazz singers are often pressured to look backwards and recycle old songs, while male instrumentalists are largely encouraged to move forward. In her song “This Is for Joe,” Marie laid out her feelings by singing, “I can’t be a good girl and sing standards all nice and sweet. … Please don’t compare me to Ella or Sarah. Magnolias won’t stay in this hair, ’cause that was then, this is now. I’m right here and they’re somewhere up there. So please don’t compare. Singing the songs I write is an uphill battle. Come and give me a fight.”

Over the course of two albums on obscure labels, four albums for MaxJazz and two for Motéma Music, Marie had mixed her own compositions in with jazz standards, old country and folk songs and contemporary pop. Sometimes she mashed two different songs together, combining Glenn Miller’s “Imagination” with the Temptations’ “Just My Imagination,” the minstrel song “Dixie” with Billie Holiday’s “Strange Fruit” or Ravel’s “Bolero” with Leonard Cohen’s “Suzanne.” She had carved out a niche as a jazz singer-songwriter and arranger who was pushing the boundaries of vocal-jazz.

So why do a tribute album? Because once she suggested an album of Eartha Kitt songs to Motéma, Marie couldn’t let go of the idea. It wouldn’t be like doing a Billie Holiday album, just one more float in an endless parade of tributes. There had never been an Eartha Kitt tribute album, according to the late singer’s daughter, Kitt Shapiro, and other than “Santa Baby,” few of Kitt’s songs had even been covered. So this would be new territory, in a sense. Moreover, because Kitt was a light-voiced singer best associated with pop and cabaret rather than a big-voiced jazz singer like Marie, a jazz treatment would shed new light on the catalog.

What really sold Marie on the project, though, were the similarities between Kitt and herself. Both were African-American Southerners. Both were the daughters of abusive relationships. Both instigated national controversies with political actions-Kitt in 1968 by bluntly giving her views on the Vietnam War to Lady Bird Johnson at the White House, Marie in 2008 by singing her medley of “Lift Ev’ry Voice and Sing” (a.k.a. “The Black National Anthem”) and “The Star-Spangled Banner” at an official event with the Denver mayor. Both have made daring use of female sexuality in song. Both have taken a very theatrical approach to arrangements, creating dramatic situations where they assume a character with a clear-cut goal they’re pursuing.

“There’s an honesty in the songs Eartha sings,” Marie says over a glass of wine at the Thunder Grill in Washington, D.C.’s Union Station. Having just arrived on the train from her home in Fredericksburg, Va., she is wearing a green jacket over a black-and-white, African-patterned blouse. Her salt-and-pepper hair is cropped close except for a wild, snowy tuft that hangs over her forehead.

When you’re on TV, everybody knows you, or at least thinks they know you. Take Kevin Eubanks, who was on NBC’s Tonight Show five nights … END_OF_DOCUMENT_TOKEN_TO_BE_REPLACED

Jimmy Katz leads many lives. He is the preeminent currently active jazz photographer, and has shot more than 200 magazine covers and over 600 recording … END_OF_DOCUMENT_TOKEN_TO_BE_REPLACED

Take a look at Blue Note Records’ release schedule for 2022 and it’s hard to miss the significant percentage of electronic-oriented music. In March, the … END_OF_DOCUMENT_TOKEN_TO_BE_REPLACED