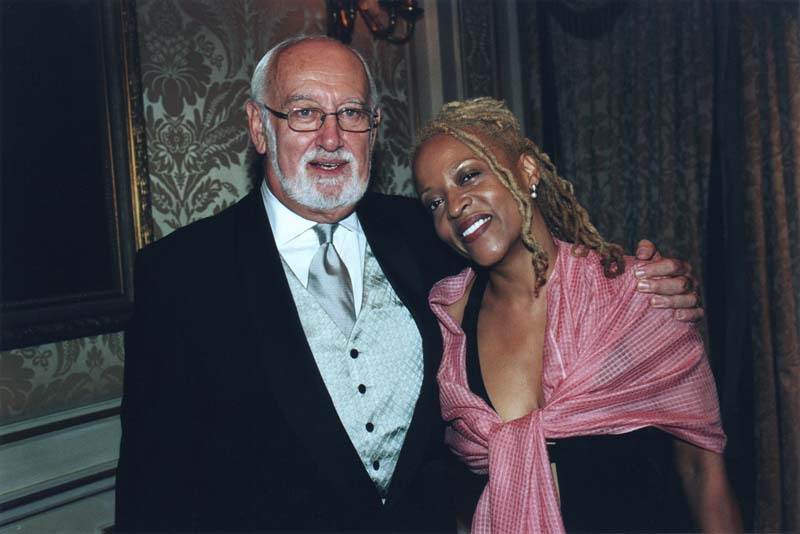 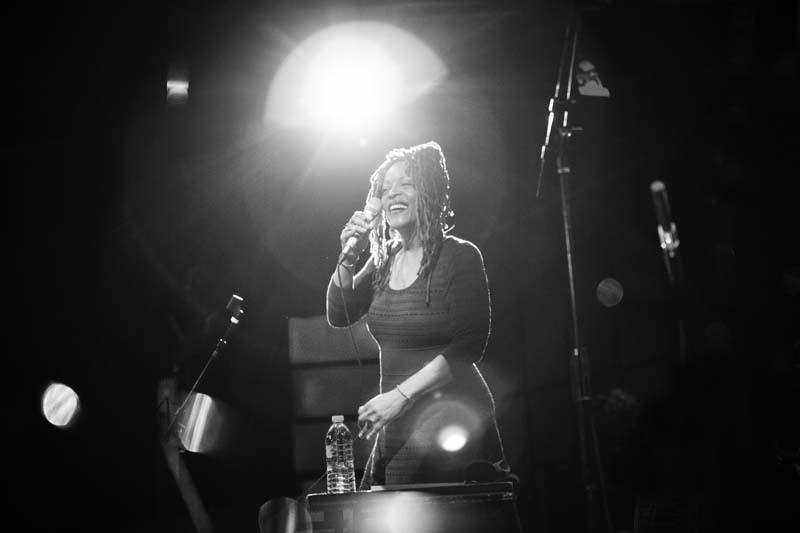 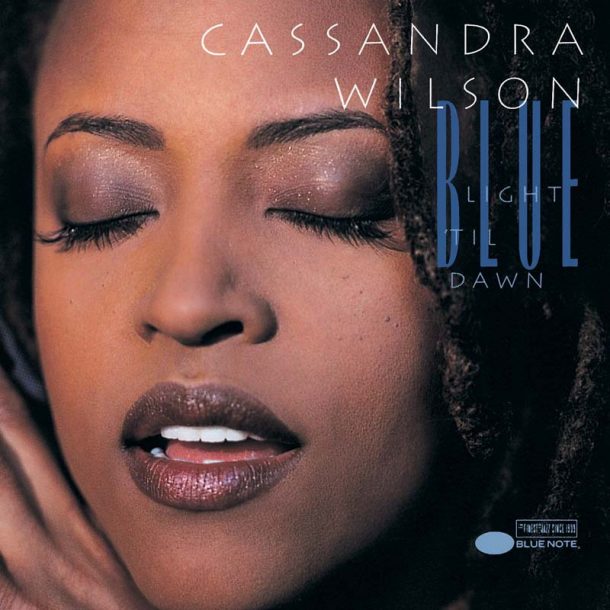 Released in the fall of 1993, Cassandra Wilson’s recently reissued Blue Note debut, Blue Light ‘Til Dawn, made her a jazz superstar and marked a paradigm shift in vocal-jazz repertory. Essential to its success was Blue Note’s then-president Bruce Lundvall, whose reputation for generosity and facilitating creativity seemed to flout every known negative stereotype about record executives. In this excerpt from his new Lundvall biography, Playing by Ear (ArtistShare), Dan Ouellette details Wilson’s historic ascent at Blue Note.

One afternoon in the fall of 2012, Bruce Lundvall heads up to the SiriusXM satellite jazz radio studio at Columbus Circle, housed next door to the Jazz at Lincoln Center performing venues, to host his weekly Blue Note Records hour with Sirius Real Jazz program director Mark Ruffin.

As he has done for dozens of these radio sessions, Lundvall tells stories and Ruffin cues up tracks. It’s an essential Blue Note primer. Today, new Blue Note president Don Was and senior vice president/general manager Hank Forsyth are sitting in with the chairman emeritus as he talks the talk about a few of the myriad signings he’s been responsible for in the last two decades.

Part of today’s focus is on Cassandra Wilson. Mark plays her rendering of “Time After Time” (the Cyndi Lauper hit pop song that was a concert staple of Miles Davis’ in the last decade of his life) from Wilson’s 1999 Blue Note album, Traveling Miles-her tribute to the music of Miles.

Lundvall is thrilled to hear that unmistakable dark-roasted contralto voice and her impeccable lyrical sensibility with her singular drawn-out syllables and bending pitches.

While Lundvall signed many important jazz musicians during the ’90s, one of the most extraordinary artists he brought to Blue Note was Wilson. She had already recorded seven albums for Polydor’s Munich-based JMT label (including 1988’s luscious Blue Skies, a collection of straight-up jazz standards) as well as an electric album for DIW/Columbia in 1993, Dance to the Drums Again. But she was not feeling entirely fulfilled as an artist.

Wilson began her jazz singing odyssey in the mid-’80s working with saxophonist Steve Coleman’s adventurous M-Base Collective (she was one of the founding members) and launching her solo career by recording two albums of funky, electric music, 1986’s Point of View and 1987’s Days Aweigh. “I learned how to mine different kinds of repertoire and to peel apart the structures within songs to understand them,” she told me a decade ago about her M-Base days. “But the whole thrust of that movement was to incorporate the music of our day, to make it personal.”

Although she continued to record her own solo albums, Wilson also performed and recorded with Coleman and fellow M-Baser Greg Osby, while taking to the road with Henry Threadgill.

Influenced by both Abbey Lincoln and Betty Carter, Wilson set off to develop her voice. Even though she didn’t want to imitate Carter, she admits that she was following in her footsteps a little too closely. Carter, interviewed by DownBeat, was asked about the up-and-comer. “Betty said she’s all right,” Wilson says, “but she’s got to find her voice. And she was absolutely right.”

At a live DownBeat Blindfold Test at the Monterey Jazz Festival in 2008, Wilson commented on the song “In the Still of the Night” that Carter recorded on her 1992 album, It’s Not About the Melody: “You don’t hear singers today doing what she’s doing rhythmically. She’s focused squarely on delivering some of the most amazing, swinging shapes and forms that a vocalist to date has done. And her pitch is what I describe as a moveable pitch. She’s not trying to hit the center of a note, and sometimes she just slides right into it or goes around it.”

Wilson said that it wasn’t only the music but the pioneering way she led her own band: “She was in the trenches with the musicians. Most of the time you see a singer in front of a trio or quartet and not enjoying being with the musicians supporting her. But Betty was one of the first singers I saw who was a musician onstage. She was having conversations with everyone in the group. That turned me on to jazz.”

But Wilson knew she needed to move beyond the Betty zone. Coleman gave her similar sage advice, agreeing that finding her voice was Wilson’s Holy Grail. “I studied bebop seriously to where I was transcribing Charlie Parker solos and digging deep into the history and the lore,” she says. “So I thought it natural to follow Betty-Betty ‘Bebop’ Carter-but Steve convinced me that that wasn’t an option. He said that all the singers were doing the same thing, singing the standards, and that I’d never be able to sing them the way they did. So, find your own voice.”

Freed from that looming presence, Wilson found that she also began to “grow tired of all the music around me. So much was happening in terms of instrumentation, and at that point in my career, I wanted to hear my voice with less instrumentation.”

Guitarist Will Bernard bears the bittersweet blessing of virtuosic skill and eclectic taste, making his music a perpetual delight and yet hard to categorize. Maybe … END_OF_DOCUMENT_TOKEN_TO_BE_REPLACED

At 95, Chicago-based guitarist George Freeman is among the world’s oldest active jazz musicians. Although he came of musical age in the 1940s and counts … END_OF_DOCUMENT_TOKEN_TO_BE_REPLACED

When you’re on TV, everybody knows you, or at least thinks they know you. Take Kevin Eubanks, who was on NBC’s Tonight Show five nights … END_OF_DOCUMENT_TOKEN_TO_BE_REPLACED