Skip to content
Become a member and get exclusive access to articles, live sessions and more!
Start Your Free Trial
Home > Features > Butch Warren: To Hell & Back 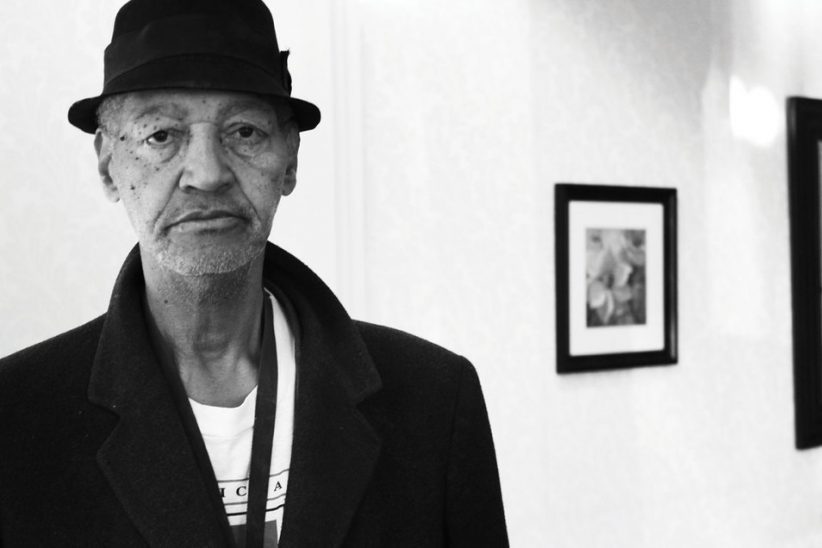 Butch Warren is sitting in the bright, carpeted lobby of the seniors’ apartment building where he lives, in a suburb just north of Washington, D.C., his hometown. “You might as well be dead now, living around here, man. This is like a graveyard.” Warren, 72, is a heavy smoker constantly hounded by his emphysema. He glances around the room, then lets out a thunderous cough. “Nothing goes on. I usually hang with the young people, because the rest of the people are half-dead. You know.” Warren is not emphatic, and he isn’t asking for anything. It’s just the truth, spoken in a tone that’s flinty and husky and deliberate, a lot like the way he plays the bass.

That bass sound is the reason we’re still talking about Warren today-and quite possibly the reason he is still living, buoyed by a small circle of musicians and friends who are dedicated to furthering his music and bolstering his hardy spirit.

For two critical years in the hard-bop era, Warren was the house bassist for Blue Note Records. He lent a firm, velvet-gloved foundation to dozens of albums by the likes of Herbie Hancock, Dexter Gordon and Hank Mobley. He toured with Thelonious Monk. Then, he vanished. By the age of 24, Warren had returned to D.C., where he would spend the next four decades moving between mental institutions, homelessness and jail.

But in the past five years he’s found surer footing and now lives steadily, if not quite comfortably, on his own. He has released two recordings over the past 12 months, his first albums as a leader. “The thing about Butch is, once he gets in the pocket and he starts playing, that magic feel that he had in the ’60s is maintained-even through all the hardships,” says saxophonist Brad Linde, who has organized gigs spotlighting Warren at a number of D.C. clubs. “His solos are so melodic and so deliberate; he really means everything he does.”

Edward Rudolph Warren Jr. was born in D.C. on Aug. 9, 1939. He was the only child of Edward and Natalie Warren, an electronics technician and a typist, respectively. His parents’ work afforded the family a middle-class life, but he still remembers a fraught existence in the segregated city that Lead Belly immortally dubbed a “bourgeois town.”

His schooldays were filled with fighting and discontent. “Teachers weren’t qualified. It was awful before integration, terrible,” he says. “All we had was jazz to survive with.” Jazz as survival tool is a motif of Warren’s parlance. In the lives of so many from that era, and in his case especially, it is not hyperbole. In his laconic way, many of Warren’s statements sound like instant aphorisms, and some indeed are. His definition of jazz-“playing two songs at once”-might double as a poetic reading of Du Bois’ take on the African-American experience.

Warren’s father was a part-time pianist and organist who played at clubs around D.C. and opened his house to black musicians who might otherwise have had difficulty being served at restaurants or housed in hotels. Jimmy Smith, Stuff Smith and other greats came by, and other youngsters such as Billy Hart received their education. Warren’s home became a less bohemian version of the famous jazz lofts that would house jam sessions and hangouts later on, during his stint in New York.

He first played bass in his living room, after picking up the instrument that Duke Ellington’s bassist, Billy Taylor, had left behind. He says he was entranced by its rosiny scent and its comely shape, and inspired by the sound of another Ellington bass man, the greatest of them all: “Jimmy Blanton,” he recalls. “He played with a bow and he plucked the bass. Either way, he got a great big sound.”

Warren was a lanky 19-year-old, hanging in the shadows one night before a Kenny Dorham show at the club Bohemian Caverns, when he got his shot. The trumpet star’s regular bassist had gone missing. “He left his bass there, so I picked it up,” Warren says. “Dorham said, ‘If you feel you can handle it, come up. Otherwise, don’t come up.'” Warren proved himself, and days later the trumpeter sent a missive inviting him to New York. Warren joined Dorham for a six-month engagement at the Turbo Village, a club in Brooklyn’s East New York neighborhood. For a while, he barely made ends meet. “I lived in an Italian neighborhood and I couldn’t afford to buy pizza,” he says.

Warren’s first Blue Note session occurred in November 1961, at the invitation of a close friend, pianist Sonny Clark. They cut Leapin’ and Lopin’, an album built of glinting lyricism and soulful saunter. Warren steps boldly through his basslines; displays a limpid arco technique on the ballad “Deep in a Dream”; and contributes a Benny Golson-esque original, “Eric Walks,” which he’d written after his son took his first steps. Alfred Lion, Blue Note’s head, had been hunting for a resident bass player, and Warren won him over. From then until mid-1963, the young bassist recorded on dozens of albums and laid down the definitive lines for Herbie Hancock’s “Watermelon Man,” Dorham’s “Blue Bossa” and Dexter Gordon’s “Cheese Cake.”

But opportunity came with all its darker foils: risk, volatility, excess, ephemerality. Warren had already been battling fits of mental instability, and he soon found that hard-bop dovetailed with hard drugs. Warren dabbled widely but was especially paralyzed by heroin. Then, on Jan. 13, 1963, Clark overdosed. Lion called Warren to the morgue, where he was asked to identify the body. Staring into Clark’s cold face, Warren could perceive his own demise.

That May, Thelonious Monk hired the 23-year-old Warren to join his quartet for an international tour-the gig of a lifetime. Monk was enamored with his dilated bass attack, misfit notes and respect for a tune’s melody. The band hit spots as far-flung as Paris, Tokyo and the Newport Jazz Festival. But Warren was engulfed in mental turmoil, and the noxious swirl of drugs around Monk’s band added temptation to his torment. After a year on the road, he walked away. “You had to use drugs to be in that band,” Warren says. “I quit, and I sent [Monk] a box of candy for Halloween. I said, ‘I don’t want to go to no more Halloween parties,'” a reference to junkies’ hangouts.

The bassist moved back to D.C. and checked himself into St. Elizabeths Hospital, a turreted, fortress-like psychiatric facility. He would never record in New York again.

Warren steadied himself for a time in the late 1960s, getting married to his second wife, working frequent club dates and playing in the house band of a local television show, Today With Inga. But by the ’70s, Warren was little more than a specter at the occasional jam session; friends would sometimes find him on the street at night, apparently aimless.

In 2006, NBC News D.C. bureau chief and sometime jazz drummer Antoine Sanfuentes came across an article in the Washington Post about the plight of Warren, who was living in a Maryland mental hospital without a decent bass. Sanfuentes organized an effort to buy the legend a new instrument, and in 2008 he succeeded. Simultaneously, Warren moved out of the hospital and started playing regularly at two clubs. “I was doing Columbia Station on Saturday nights in Adams Morgan with my band, and it was really hard to get a bass player to come down there for 50 bucks,” Brad Linde remembers. “One night, on a whim, I called Butch. And Butch said he’d love to do it. He showed up and he was the first one there. … Later, I got canned at Columbia Station and Butch got my gig!”

Two years ago, a Parisian saxophonist on a visit to D.C. heard Warren play at Columbia Station, and resolved to bring him to France. The resulting weeklong tour culminated in the recording of Warren’s first album as a leader, French 5tet. The following year, Sanfuentes organized a recording session at a local studio and called in a smattering of local musicians. The result, Butch’s Blues, is available at butchwarren.com, but not from any major distributors, as of this writing. Though the volunteer ensemble’s playing is uneven, Butch’s Blues gives a valuable spotlight to seven of the compositions that Warren has amassed through the decades, including a radiant bossa tune called “Barack Obama.”

“I think it’s just a stunning comeback, but it’s more than that: It’s a testament to the fact that we really shouldn’t ignore musicians like Butch,” Sanfuentes says of the album. “Given the right opportunity, the right setting, the right kind of understanding from people who care, jazz musicians have a lifelong potential to create.” JT

“The Detroit Way,” according to author Bill Harris, who’s written extensively about jazz, is a tradition of schooling rising Detroit jazz musicians on the rudiments … END_OF_DOCUMENT_TOKEN_TO_BE_REPLACED

Tenor saxophonist Julieta Eugenio was recently reminded of the distinct pleasure one can derive from masters of her chosen instrument. While cooking at home and … END_OF_DOCUMENT_TOKEN_TO_BE_REPLACED

Everything about Israeli-born tenor and soprano saxophonist Eli Degibri is a celebration. You can hear that in his sideman gigs with Herbie Hancock and Al … END_OF_DOCUMENT_TOKEN_TO_BE_REPLACED

It’s a cold March Friday night in New York City, but the crowd inside the Village Vanguard crackles with warmth as it engages with the … END_OF_DOCUMENT_TOKEN_TO_BE_REPLACED