Skip to content
Become a member and get exclusive access to articles, live sessions and more!
Start Your Free Trial
Home > Features > Burton Greene: Merging the Internal and External Spirits 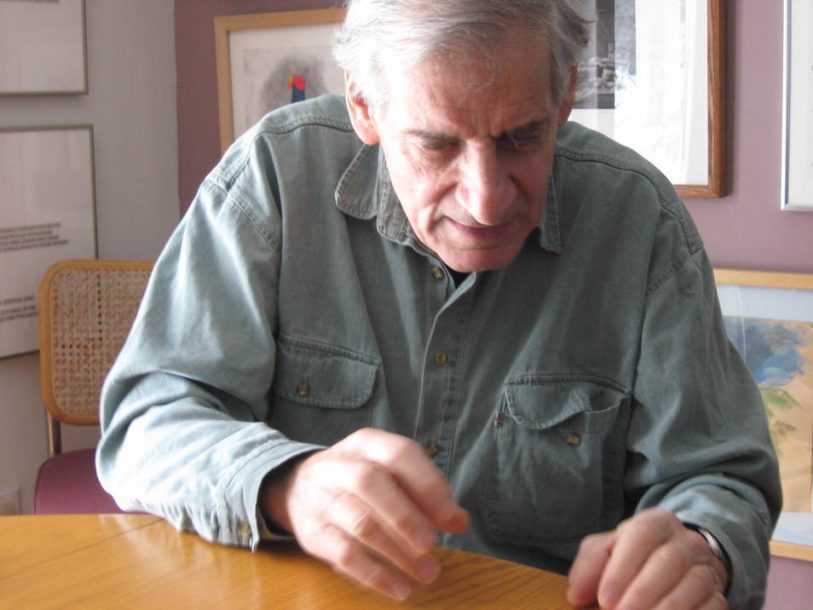 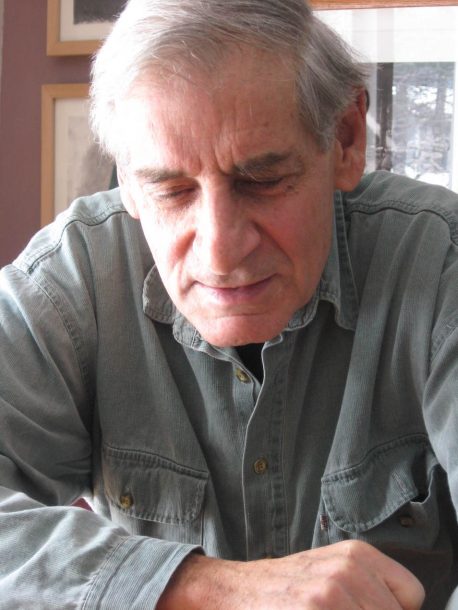 In Memoirs of a Musical “Pesty Mystic,” printed in 2001 by Cadence Jazz Books, pianist Burton Greene traces, fluently and in detail, his life journey in his birthplace of Chicago to New York City, where, in the early sixties, he seized onto free form music. After his intense involvement with ‘free jazz,’ he sought to regain his focus with Sri Swami Satchidananda. In the late sixties, he went to Amsterdam, where he settled into himself as a pianist and composer and where he now resides. A quintessential storyteller, he writes clearly about the influences that drove him to jazz and how he extended its message. Once he reached Amsterdam, having what he calls “a slow, ‘turtle’ nervous breakdown” became the impetus for realizing the musical sources that feed his muse.

Greene’s convictions begin and end with his consciousness: how his internal self merges with all that is external to it in the omnipresent truth of the universal spirit. His music begins and ends with the fact that he is a solo pianist, the corporal filter for his ego-less Alpha self, where lives “the basic intuitive nature which we all have at birth.”

In an interview before his solo performance at the Northampton Center for the Arts in Northampton, MA, in February 2010, one stop on a seven-gig tour, Greene claimed casually, “Some people have said that [playing solo] is my strongest suit.” He went on to talk about the origins of his solo state of mind. Already aware of the sound of boogie-woogie from 45s that were played in his home, one day, without even trying to use the piano bench, naturally left-handed Greene reached up to the keyboard of his mother’s Starck baby grand and began to pick out notes that simulated what he had heard on the juke box. “I still use those figures in the present day,” he said, continuing to describe his youth, in which he was subjected to “abusive” classical training. But he pressed on, as the years passed in Chicago, to discover the vehicles that would escort him out of classical restriction in the expressive tones of Ahmad Jamal, Clifford Brown, Max Roach, Sun Ra and Bud Powell, “who descended on him like a lion.”

Greene explained that, as a student of Yogi Satchidananda, he was able to free himself of “the tension…and the congestion of free jazz,” that penetrated him while working in the early sixties in his Free Form Improvisation Group with Alan Silva and later in his quartet with alto sax player Marion Brown. Greene realized with Satchidananda that “if I can go to outer space, I can go into inner space … and go past my own body and mind limitations.” But it wasn’t until he moved to Amsterdam, after being laid up for about a month with lumbago, following his breakdown, that he unveiled a new chapter in his relationship with the piano. Feeling better and anxious to return to the music, he got out of bed, went to his instrument, prepared to attack the keyboard in his own exuberant “Burton Greene way,” when his back reminded him: “Do you really want to do this?” Greene arrested his gesture, sat down and began “noodling” on the keyboard.

As he was “noodling,” Greene continued, “he started noticing scales from East European stuff…from his ancestry.” He was re-identifying with his roots. Soon thereafter, he encountered a student of Jamaluddin Bhartiya, who suggested that Greene must go study with the master raga musician. Greene paused in the midst of this part of the conversation to talk about synchronicity: “…When striving for spiritual realization, things come in when you need them. In our spiritual growth, when you’re ready, the Guru appears [emphasizing that ‘guru’ means ‘teaching’ rather than ‘teacher.’]” In this case, Jamal (for short) provided the next step for Greene’s growth as a soloist, composer and musician.

In a first lesson, Jamal showed Greene five notes in a 10-note raga scale. Greene recounted, “Jamal said: ‘I give you five notes.’ I used to play five notes in five milliseconds,” Greene said parenthetically as he continued, “‘Ah, but, Baba,’ Jamal says, ‘You play those notes in five minutes …a nd then, you play those notes in five hours…'” For Greene, an entirely new world lay before him. He could recognize the outer space he could put into his music. “I could make the ragas better by going ‘out’ again finding the space in the melodics … I could make the economic things sound better by doing stretched out music. By staying ‘inside’ [the raga or any other form], I could really understand what ‘outside’ meant … I perceived the wholeness.” Greene noted that this musical evolution was occurring “in conjunction with deep meditation practice.”

Greene was starting to make a future for himself that embraced both the music of his heritage and improvisation. Being of the same Romanian/Hungarian roots as Greene, Bartók was extremely important in this transition. Greene worked on “playing [Bartók’s] themes distinctly and then improvising on them in a gypsy way.” In 1989, Greene met with Jewish storyteller and instrumentalist Marcel Salomon; each had expressed interest in the other’s musics. Greene learned about klezmer; Salomon learned about jazz. Eventually, Greene began to put together his own groups for which he deliberately composed jazz elements combined with klezmer music. Greene said that the author of Spirits Rejoice!: Jazz and American Religion, Jason Bivins, declared that one of Greene’s groups, Klezmokum, should be heard by everyone: “…before the downtown scene [in NYC] knew about klezmer jazz, these guys were doing it.”

Yet, aside from his groups, Greene has remained a soloist. “The piano is like an orchestra. I am amazed when a horn player can get two notes on a horn … I can get eight-, nine-, 10-note chords when I play … The left hand needs to be as fluid as the right hand … Then, complimentary lines and counterpoint can come through …” Greene has composed over 300 pieces at his piano.

In Northampton, he went to the piano for his solo performance and sat down. He bowed his head, calm and “open to anything.” His intuition led him. He was not thinking. He sculpted the music out of the sources from which the music is derived: blues, free jazz, Indian ragas, and music from his East European heritage. He played from the written page or improvised or did both. He played as the Kabbalah has taught him, from one resonating cycle of energy to another. “The thing about solo that is such a challenge and a beautiful thing is you’re listening to your muse … you’re listening to yourself … you’re listening to the piano, so you are totally focused in this area which involves you and your instrument. As Satchidananda told me personally, at one point, you’re not a musician, you’re an instrument. Tune yourself well. Make your whole life the big music.”

Burton Greene is “making the big music.” His extraordinary output and creative capacity is rendering him indispensable to the history of vanguard music. He does not have to jump into the orchestra pit or throw garbage can lids onto the sounding board of a grand piano to make any less of an impact. At the piano, his iconoclasm seeps through with balladic and melodic motifs. And never, from the expression on his face, does a disconnection with nature appear. He is in balance with the universe.

Tenor saxophonist Julieta Eugenio was recently reminded of the distinct pleasure one can derive from masters of her chosen instrument. While cooking at home and … END_OF_DOCUMENT_TOKEN_TO_BE_REPLACED

Everything about Israeli-born tenor and soprano saxophonist Eli Degibri is a celebration. You can hear that in his sideman gigs with Herbie Hancock and Al … END_OF_DOCUMENT_TOKEN_TO_BE_REPLACED

It’s a cold March Friday night in New York City, but the crowd inside the Village Vanguard crackles with warmth as it engages with the … END_OF_DOCUMENT_TOKEN_TO_BE_REPLACED

When you hear tenor saxophonist Mark Turner’s name in conversation, it seems to be frequently linked to the notions of mindfulness, precision, and fastidiousness. “That … END_OF_DOCUMENT_TOKEN_TO_BE_REPLACED