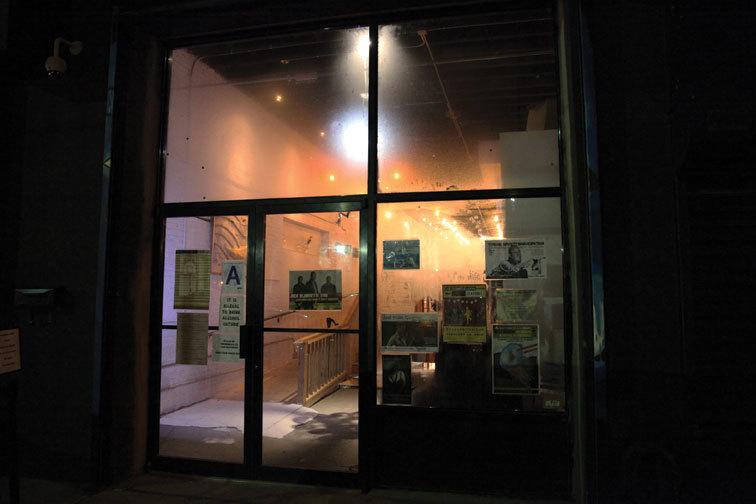 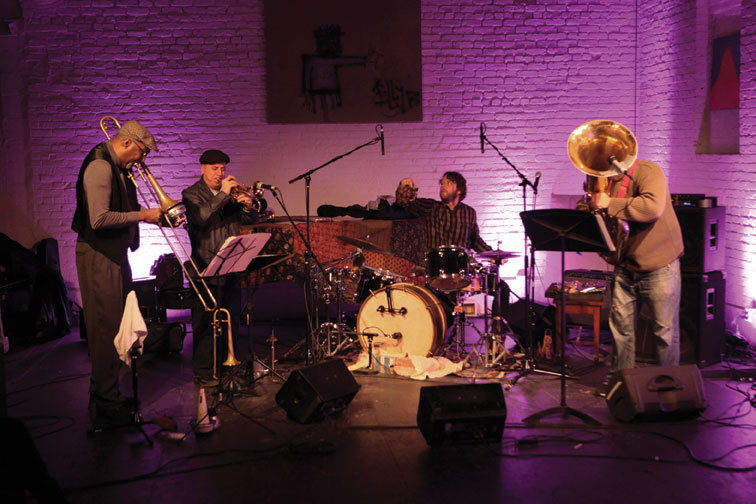 ShapeShifter Lab’s co-proprietors, Matthew Garrison and Fortuna Sung, paid for the extensive renovations to their Brooklyn space from personal funds, and operate it as a for-profit business. In programming and ambience, the venue follows both the workshop ethos that animates such Manhattan nonprofits as the Jazz Gallery and the Stone and a pragmatic mandate akin to Smalls, the Greenwich Village hardcore jazz club.

Garrison is already expanding ShapeShifter’s scope via two websites, www.shapeshifterlab.com and www.garrisonjazz.com, with online pedagogy and live performance streams available (shows cost $3). On the latter site, Garrison recently launched a sort of Music Minus One-on-steroids recording project, still in its beta stage, for which he created 15 tunes on bass and computers and asked a cohort of improvisers—so far, they include Gene Lake, Ravi Coltrane, Ingrid Jensen, Aaron Parks, Shai Maestro, Andy Milne, Gregoire Maret, Mike Pope, Mino Cinelu and Garrison himself—to play along. Each contribution appears in a separate track, which subscribers can sample and combine before purchasing specific, editable mixes to create their own virtual band.

“The more musicians you add to the picture, the more possibilities,” Garrison remarked, noting that the software is proprietary and that ShapeShifter holds a pending patent. “People have been reluctant to buy because they like getting free stuff, but our traffic has increased exponentially-people are in there, clicking, trying to figure it out. Maybe in the next model, I’ll rerelease the site, make everything free, and actively search for endorsement companies to sponsor the artists, who could appear in clips talking about the products. We’ve been talking to record labels about using this for their entire roster, or promoters who might want to see a certain grouping of artists.”

In the manner of the lofts of Garrison’s youth, ShapeShifter also functions as an art gallery, framing the whitewashed walls with paintings for sale by such musicians as drummer Billy Martin, who exhibited there in December and January. “It reminds me of the CBGB Gallery, where I played with Medeski Martin & Wood and with John Zorn during the ’90s,” Martin said. “It’s the feeling I remember from the old downtown loft culture that we’ve been losing. [It has] the potential to include a community of people from different scenes. You can use the space in multiple ways—as a bandleader, for a dance performance, for theatre.

“It’s a large space, but it has an intimate feel. You can face in any direction and it sounds good and looks good. I like the way they light it, the way they designed the bar to give it a certain feeling when you walk in. Something about the space feels special.”

Sung’s five-year plan also calls for international and domestic franchising, as well as booking festivals and tapping into the Asian market. But Whitwell Place is the hub, and ShapeShifter’s primary goal, Garrison affirms, is to create a welcoming atmosphere for the artists who perform there—almost always for the door.

“I’ve dealt with so many situations where the artist is the last component in the chain of events,” Garrison said. “We avoid that at all costs. Dealing with money, or time allotments and scheduling, or contracts, we have to be very clear, focused and—unfortunately, I have to say this—honest. That’s everything to me. We look at the great presenters and producers as models. What music is being presented and how it’s being presented is also critical. Of course, we’re trying to be adventurous, but we don’t want to break our bank, so we have to be careful about how we engage that adventure.”

In its near-century of excellence, The New Yorker has been home to more than its share of tops-in-their-field contributors. There’s E.B. White, with his luminous … END_OF_DOCUMENT_TOKEN_TO_BE_REPLACED

Put a “the” in front of a name and it acquires historical heft. The Thelonious Monk who entered New York City’s WOR Studios as Halloween … END_OF_DOCUMENT_TOKEN_TO_BE_REPLACED

On the enchanted evening of August 16, 1958, Ella Fitzgerald took to the stage of the legendary Hollywood Bowl. There, with a lustrous orchestra conducted … END_OF_DOCUMENT_TOKEN_TO_BE_REPLACED

Be careful what you wish for.  By the beginning of 2020 guitarist Mary Halvorson, one of the most acclaimed musicians of her generation, was also … END_OF_DOCUMENT_TOKEN_TO_BE_REPLACED